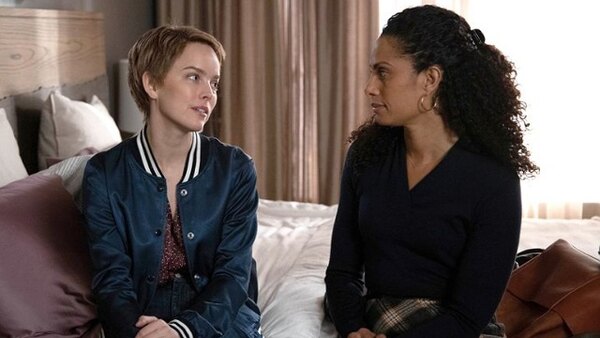 ‘A Million Little Things‘ gives us a glimpse into the lives of a group of friends, who find their worlds have turned upside down when one of them commits suicide. Realizing the importance of being there for each other, the other friends rally together and decide to turn their lives around and do better.

Currently, on Season 2, the series continues to be well-loved. The last episode sees Gary trying to reach out to his mother, while Maggie and Eric have a falling out due to previous lies. You might be wondering about what goes down in the latest episode. We are here to tell you that, right after walking you through when and where to watch the upcoming episode.

A Million Little Things Season 2 Episode 14 Release Date: When Does it Premiere?

‘A Million Little Things’ Season 2 Episode 14 is slated to release on Thursday, February 20, 2020, at 10/9c on ABC. Titled, “The Sleepover”, we see Delilah trying to manipulate Danny’s sleepover, while Maggie leans on a friend for her cancer checkup. You can see the promo below.

Where to Watch A Million Little Things Season 2 Episode 14 Online?

Being an ABC series, you can watch ‘A Million Little Things’ with a cable connection. If you don’t have one, head to the ABC site to stream the episodes. Cord cutters can use Hulu with Live TV,  Fubo TV, YouTube TV or Direct TV. Amazon Prime users can buy and stream the episodes of the show.

The episode starts with Rome and Regina preparing to adopt. However, there is a problem that needs to be addressed. It seems that the baby’s birth father is abusive and might not be on board with the baby being raised by another family. In his rush to be a father, Rome misses the red flags that Regina notices.

Delilah and Sophie have their own tiff when the former tries to admonish the latter for kissing an older kitchen assistant. Sophie bursts out saying that her mother should not act high and mighty, after cheating on her husband. However, listening to Delilah’s father talk about how his daughter was unhappy in the relationship, Sophie’s stance softens and she shares a moment of tenderness with her mother.

Eddie and Katherine have their own story when they try to trick Theo into going to therapy. However, the more important fact is that Gary and Maggie go together to a party, to support a friend who has beaten cancer. Things at the party get a little weird for the friend when she cannot break the pinata. Her fears are evident, as she cries about her cancer returning. Both Maggie and Gary step up, informing her that her support group of friends will always be there to pick her up when she is low.

On the way down to the elevator, Gary has a rather intense daydream of confessing his feelings for Maggie and kissing her. However, when the woman remarks that a friendship between them is possible after all, Gary swallows his feelings and agrees to the proposal. It remains to be seen if his feelings rush to the surface in upcoming episodes.