A Million Little Things Season 3 Episode 13: What to Expect? 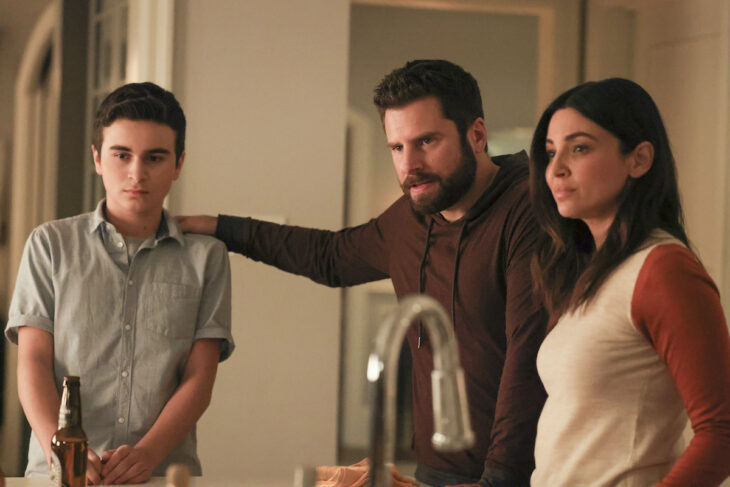 Episode 12 of ‘A Million Little Things’ season 3 takes one step closer to reality by offering its tribute to the terrifying case of George Floyd’s death as the group tries to process the news. Meanwhile, Eddie has returned from rehab, which has negatively affected Katherine. Gary’s father also pays a visit, but things seem different this time. To know what happens further, you can head to the recap section. For fans anticipating the next episode, here’s what you can expect from ‘A Million Little Things’ season 3 episode 13!

‘A Million Little Things’ season 3 episode 13 is slated to release on May 12, 2021, at 10 pm ET on ABC. New episodes drop on the channel every week, with each one having a runtime of approximately 41-43 minutes.

Where to Watch A Million Little Things Season 3 Episode 13 Online?

The upcoming episode 13 of ‘A Million Little Things’ season 3 will air on television at the aforementioned timeslot. You can tune in to ABC to catch it during the time it airs. If you skip it, you can open ABC’s official website or the ABC app and watch the new episode as it drops on the website shortly after its television premiere. If you do not want to watch it later, you can stream it live online on Xfinity, YouTube TV, Fubo TV, DirecTV, or Hulu Live TV. Active subscribers of Hulu can watch the show on Hulu’s website. Others have the option to rent or purchase the episodes on VOD platforms such as Amazon Prime, Vudu, Google Play, and iTunes.

‘A Million Little Things’ season 3 episode 13 is titled ‘Listen.’ In the episode, we’ll see the group respond to the shockingly inhumane killing of George Floyd at the hands of law enforcement. By taking its time to get into current events, the show might help audiences recall the incident and remind us what is wrong with the socio-political situation of the nation.

The group will be bound to reevaluate their own racial biases as they begin to march on the streets of Boston. Hence, we can expect the next episode to realistically portray the aftermath of the incident and how it has affected the country. In the meantime, Rome will take a step back to tend to his mental health as he shares his feelings with his father. He will candidly express his desire to initiate change. You can watch the promo for the upcoming episode below!

In ‘A Million Little Things’ season 3 episode 12, titled ‘Junior,’ Gary’s father Javier is under focus, and his arrival at Gary’s house is not much appreciated by him. He is scared of the old man who could potentially hurt Danny. But things begin to take off on a good note, and everyone is getting along. But a few minutes later, Javier breaks the charm by saying something inappropriate about Jon’s suicide. He also discovers that Danny is gay. Rome and Regina find enough clues that suggest something is going on between Walter and Florence. As Tyrell’s family has Florence over for dinner, Keke rushes in with horrifying footage of George Floyd being attacked by the police.

Meanwhile, Eddie’s return has summoned an unfavorable reaction from Katherine. She regrets not listening to Darcy when he had advised her to file a divorce. She does not even show up for dinner, giving an excuse related to work, and Eddie is fully aware that she is lying. Katherine and Alan are about to get intimate, but she decides to take a step back, realizing that she is not ready for it. Alan says that he is willing to wait. When Katherine returns home, she makes it clear that she’s done with Eddie. Starting from there, she proposes that they should focus on Theo more than on their crumbling marriage. Eddie also finds out that his rehab bills have been taken care of by Gary, who sold the engagement ring he intended to give to Maggie.