A Million Little Things Season 3 Episode 14: What to Expect? 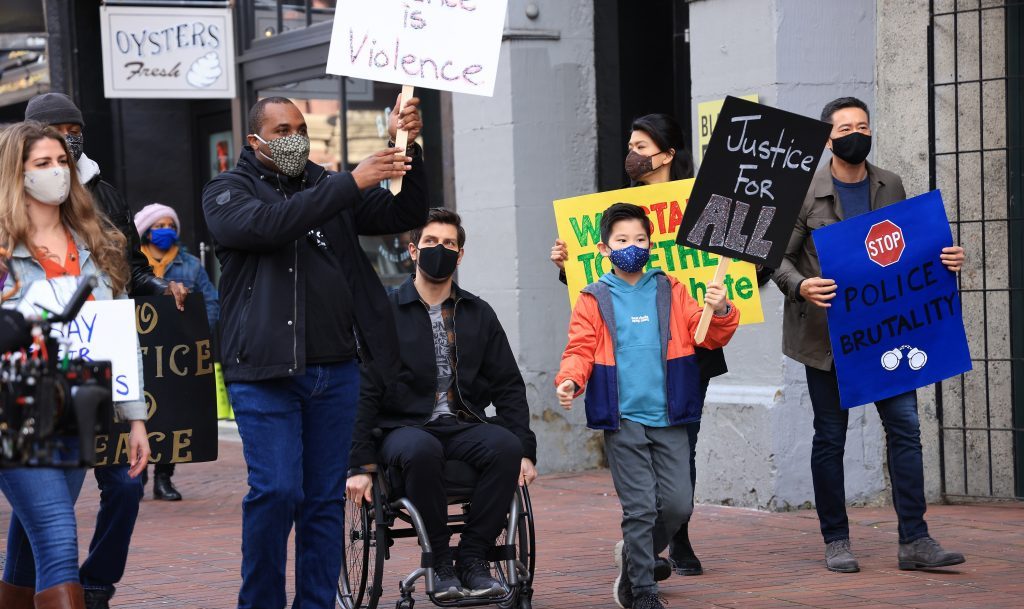 ‘A Million Little Things’ season 3 episode 13 takes its time to cope with George Floyd’s unfortunate death. The masses gather up on the streets to rally and protest against prevailing racism and social injustices in America. Understanding the gravity of the situation, Eddie tries to comfort his family and stay by their side. On the other hand, Maggie gets a call from a girl who has been affected because of the news. For more updates about the latest episode, you can check out the recap section at the bottom. In case you want to know what’s coming next, here’s everything you can expect from ‘A Million Little Things’ season 3 episode 14!

Where to Watch A Million Little Things Season 3 Episode 14 Online?

If you want to watch ‘A Million Little Things’ season 3 episode 14 as and when it airs on TV, you can tune in to ABC the aforementioned timeslot. If you miss the television premiere, you can visit ABC’s official website or the ABC app to watch the new episode after it drops on the website. If you want to watch it live without a cable TV, you can stream it on live TV platforms like  Xfinity, YouTube TV, Fubo TV, DirecTV, or Hulu Live TV. Hulu subscribers can watch the show on its official website. Another option is to rent or purchase the episodes on VOD platforms such as Amazon Prime, Vudu, Google Play, and iTunes.

‘A Million Little Things’ season 3 episode 14 is titled ‘United Front.’ The country is still reeling from the repercussions caused by Floyd’s tragic death. The incident has affected Tyrell to the extent that he will be deeply frustrated about the racial issues that have afflicted the country. We will witness all of that in the next episode as Rome also tries to help him channel out his emotions productively. Meanwhile, Regina’s mother has some concerns about the future of Someday, which her daughter would have to deal with. Finally, Katherine and Eddie will most likely come to terms with the reality of their relationship. Here’s a promo for the upcoming episode!

In ‘A Million Little Things’ season 3 episode 13, titled ‘Listen,’ the people unite against the injustice caused to Floyd by rallying on the streets. Eddie wants to march alongside Katherine even though the air between them is tense. Maggie does a radio session where an anxiety-stricken caller asks for help. But she is cut off in the middle because of ground rules imposed by Dr. Stacy. Maggie subsequently quits her job.

As preparations for the march continue, Rome cautions Tyrell to be careful. Eddie faces Alan and tries to be civil with him. Gina and Florence discuss the unfair social system of the country and the guilt that sometimes comes with being privileged. At the march, Theo gets lost. However, he is rescued by a few protestors who think Alan is his father.

Furthermore, Gina gets hurt during the march. Gary and Darcy share a brief moment of emotional honesty where Gary reveals why he changed his name from Javier. Eddie expresses his guilt over being helpless about the racism Theo had to face in school. Finally, Maggie decides to start her own podcast with Claudia’s help as she gives her information about the caller on the show.