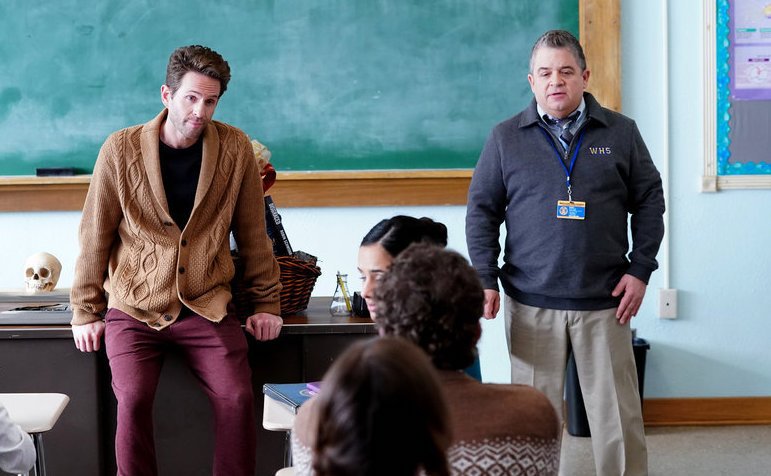 ‘A.P. Bio’, which originally premiered on NBC, in March 2018, is a comedy television series created by Mike O’Brien. The show was eventually renewed for a second season that dropped exactly a year after in March 2019. However, in May 2019, NBC announced that the title has been axed. But later, the channel reversed its decision, much to the relief of fans. The third season landed on NBCUniversal’s streaming service, Peacock — making it the first scripted comedy to be ordered by the streamer. Now after binge-ing on all of the episodes from the latest iteration, you might be wondering if ‘A.P. Bio’ will spawn another installment. Let’s get started!

‘A.P. Bio’ season 3 premiered on September 3, 2020, on Peacock, in all its entirety of eight episodes. The latest season is a vast improvement as compared to the first two iterations — which had reported mediocre ratings and moderate reviews. Season 3 has proved that the show, as a whole, wants to excel — in terms of script, charm, performances, direction, and creativity. Noting this ambitious revamp (which eventually led to the third edition garnering favorable reviews), we are positive that the series has secured its future. A new season should be announced soon. If NBC gives it a go-ahead soon, we expect ‘A.P. Bio’ season 4 to premiere sometime in 2022.

In season 3, ‘A.P. Bio’ sees the return of Glenn Howerton as the protagonist, Dr. Jack Carson Griffin, a disgraced Harvard philosophy scholar. Jack is currently employed as an Advanced Placement Biology teacher at Whitlock High School. However, he does not have any inclination toward teaching his students. Other faculty members in the school are played by Lyric Lewis as Stef Duncan, Mary Sohn as Mary Wagner, Jean Villepique as Michelle Jones, and Patton Oswalt as Principal Ralph Durbin. Season 4 should see the entire lead cast making a comeback.

‘A.P. Bio’ follows the multiple misadventures of disgraced Harvard philosophy student Jack Griffin, who currently teaches biology in a school in Toledo, Ohio. However, he has no idea how to run a school or educate his students. In season 3, we meet Helen, who is enrolled in Jack’s class. Jack, increasingly guilty for his inability to guide his pupils, is driven crazy by his subconscious as he tries to record an audition for another school.

In other episodes, Principal Durbin and Helen raise funds for the school’s dying ram mascot, the teachers host an unapproved mall-walking group, Jack hunts for a bird, and the kids tackle a drug dealer. Toward the end, all of these slightly interlinked stories collide to give a satisfactory finale. Season 4 will stick to this same witty premise and comic timing as it continues to adhere to the episodic format introduced in season 3.