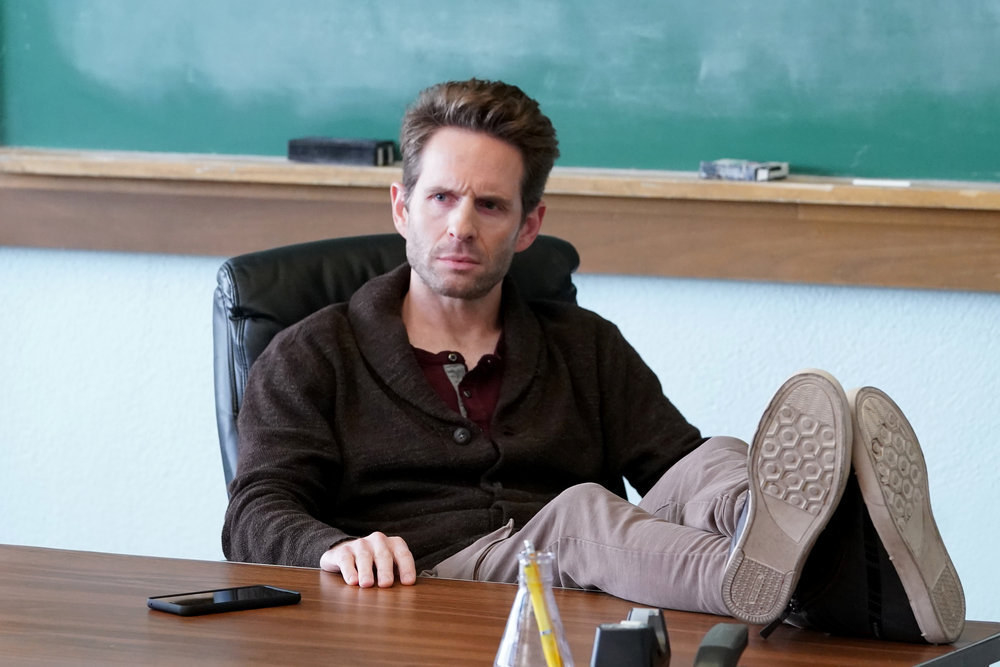 Created by Mike O’Brien, ‘A.P. Bio’ is a sitcom that revolves around a disgraced philosophy scholar from Harvard called Jack Griffin. He begins a new life in Toledo, Ohio, after a major setback in his career prompts him to do so. Jack finds a job as an Advanced Placement Biology teacher, but his thirst for revenge seems to take precedence over everything else. He makes it very clear that he has no intention of teaching biology to his new students. The series first premiered on February 1, 2018, on NBC.

Although it was canceled after the first two seasons, the show found a new home on Peacock since season 3. The series stands out among other comedy dramas for its audacious take on academia and the layered characters. Moreover, Glenn Howerton’s portrayal of Jack has also garnered a lot of appreciation. However, some critics seemed unimpressed by the show’s humor. With the mixed response the series has received, fans must be anxious to know if it will return for a new cycle. Here’s all that we have gathered on the potential season 5!

‘A.P. Bio’ season 4 released in its entirety on September 2, 2021, on Peacock. The fourth season consists of eight episodes that run for approximately 22 minutes each.

With regards to the future of the show, here’s what we know. NBC has not yet officially announced the renewal for season 5. The driving factors that determine whether or not a show will be recommissioned include the viewership, ratings, and the intent of the creators. But ultimately, the decision lies with the home network. The fourth season was ordered in late 2020, which is more than three months before it landed on the streamer. So, it seems like we will learn about the fate of the show mostly by the end of 2021.

Moreover, ever since the comedy-drama moved to Peacock, new seasons have been arriving in early September each year. That means if the series is greenlit for another round by late 2021, the cast and crew might follow the usual production schedule. If that happens, we expect ‘A.P. Bio’ season 5 to release sometime in September 2022.

Glenn Howerton appears in the series as Dr. Jack Griffin, a washed-up Harvard philosophy scholar who takes up a job at Whitlock High School. We see Lyric Lewis as the history teacher, Stef Duncan, Mary Sohn as the art teacher, Mary Wagner, and Jean Villepique as the home economics teacher, Michelle Jones. Other significant cast members are Patton Oswalt and Paula Pell, who appear in the show as Principal Ralph Durbin and Helen Demarcus, respectively.

In the last episode of season 4, Jack realizes that his A.P. Bio students have stolen his beloved Harvard pen despite warning them not to. Moreover, the kids come together to produce a web series starring Heather. It is an old-school cop drama titled ‘Janet Fist’ that revolves around a receptionist who solves crimes.

We have seen how the dynamic between Jack and his students has evolved over the season. So, if there is a season 5, there is a possibility of this narrative expanding. There is never a dull moment at Whitlock High School, and surely there are more adventures involving the teachers and students that we can look forward to. Besides that, we might also get a glimpse of Jack’s personal life that occasionally springs up in the storyline from time to time.