A Queen Is Born Season 2: Everything We Know 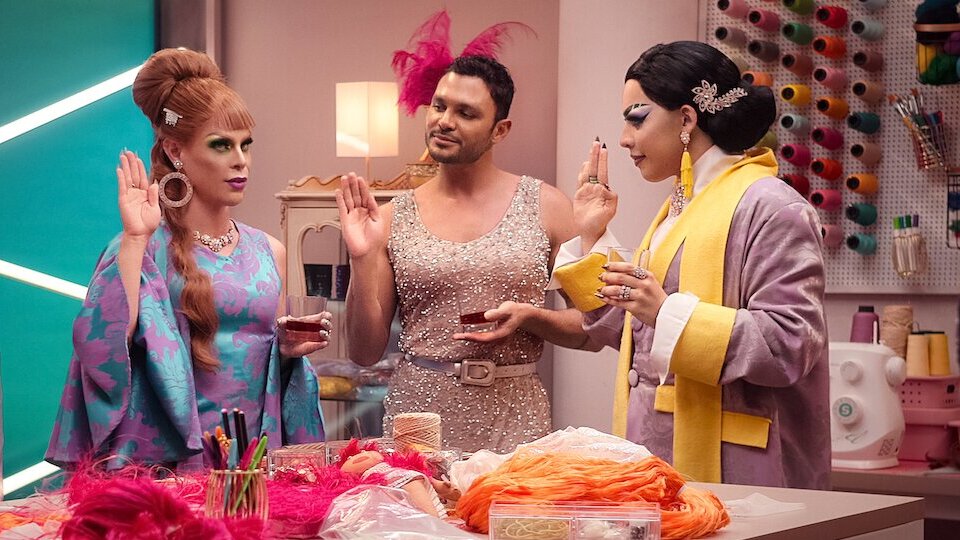 ‘A Queen Is Born’ is a Brazilian reality show, originally titled ‘Nasce Uma Rainha’ in Portuguese. Two godmothers Alexia Twister and Gloria Groove, help aspiring drag kings and queens make their dreams come true. Created by Gustavo Mello and Mari Nunes, the series premiered in November 2020. It managed to garner a fan-following owing to the amazing drag makeovers and inspirational life stories of the artists. After binge-watching the first season, that is high on glamour, glitter, and emotions, you must be wondering whether there will be a second season. Well, here’s everything we know.

‘A Queen Is Born’ season 1 released on November 11, 2020, on Netflix, in its entirety. Season 1 comprises six episodes, with a running time of about 40-45 minutes each.

With the show grabbing attention for its drag theme, LGBTQ+ representation, and super fun makeovers, fans are already yearning for another season. If all goes well, and the series does manage to meet Netflix’s standard viewership expectations, it can surely be renewed for a second season. If and when that happens, we can expect ‘A Queen Is Born’ season 2 to release sometime in 2022.

Who are the Hosts of A Queen Is Born?

The main cast members are Alexia Twister and Gloria Groove, who also host the show. Daniel Garcia Felicione Napoleo is a Brazilian rapper, songwriter, actor, voice actor, and drag queen who goes by the professional name Gloria Groove. The artist adopted the persona of Gloria Groove in 2014. Alexia Twister is a drag star, also known for appearing in ‘Romeu and Romeu’ (2016) and ‘Drag Me Like a Queen’ (2017).

The six contestants in the first season are Paola Di Verona, Juju Glow, Ramona, Carlao Sensacao, Indra Haretrava, and Adla Davis. If there is another season, we will see the return of the two hosts with a new set of contestants.

What is A Queen Is Born About?

Each episode focuses on an aspiring drag artist who Alexia and Gloria groom with the help of experts. Grooming them to be the best in the drag art form includes sharing all the tricks of the trade, including make-up, posture, voice acting, choreography, and costumes. But the most important of all is their journey towards self-awareness and self-love that translates into their on-stage persona.

The contestants build on what they have experienced, which helps them transcend their art form into something more. The last episode of season 1 sees the inspiring and powerful transformation of Adla Davis, who is a set designer. Her journey of acceptance of all the painful labels put on her births a spectacular performance at the end of the episode. If there is a season 2, we will see Alexia and Gloria shine a light on more of such future stars.