Where to Stream A Quiet Place? 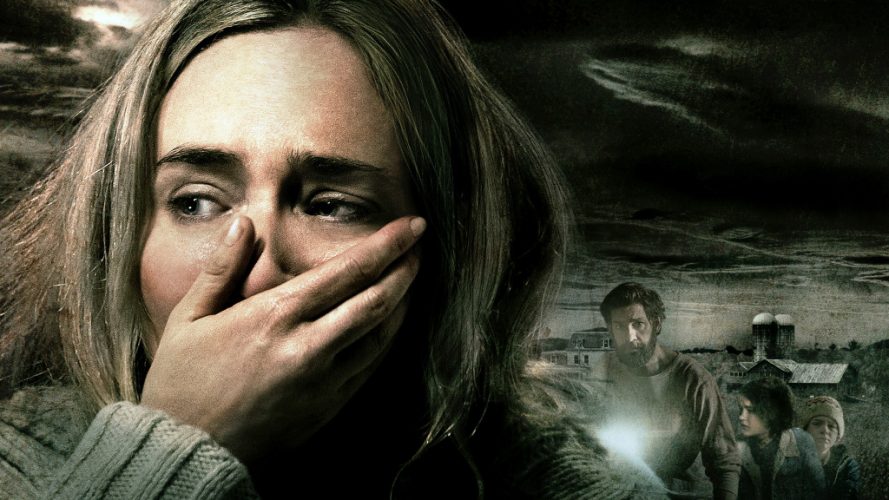 Horror is one of the most popular genres that have existed since time immemorial. It started off as stories, before being included in the visual medium as well. In today’s day and age, we have covered almost all the major horror tropes, so it takes something truly spectacular within the genre for us to sit up and take notice. ‘A Quiet Place’ is one such spectacular offering that went on to become critically and commercially acclaimed.

The movie has been praised for the atmosphere of dread that it manages to create, not to mention the acting, direction and sound design. 2018 indeed was a great year for John Krasinski, who directed and starred in this movie, besides also beginning to play the part of Jack Ryan in Amazon Prime’s show.

Anyway, coming back to ‘A Quiet Place’, the film has been described as “smart, wickedly frightening good time”. Eschewing the normal sounds it requires to make the jump scares and horror elements effective, the film goes in another direction, using oppressive silence to create an all-engulfing atmosphere of horror. A sequel is slated for release on March 20, 2020.

This is the perfect time to acquaint yourself with the movie if you have not seen it, or to relive this gripping tale if you have watched it already. However, before we get into where you can watch ‘A Quiet Place’, let us quickly tell you what it is about.

What is A Quiet Place About?

‘A Quiet Place’ starts in the year 2020, and is a post-apocalyptic tale where most of the world’s population has been wiped out by extraterrestrial creatures. These creatures appeared from a meteor shower and though they are blind, they have a heightened sense of sound. This causes them to attack anything that makes noise, and the species of the earth are defenseless against their indestructible armored skin.

We are introduced to the Abbott family, with husband and wife, Lee and Evelyn, Regan, the deaf daughter, and two sons Marcus and Beau. They scavenge for supplies and use the American Sign Language or ASL to communicate in the open so as not to make noise. Beau is drawn to a battery operated toy that Lee rejects since it would make noise. But Regan gives the toy and the batteries to her brother, not knowing any better. The four-year-old Beau activates the toy while crossing a bridge, attracting one of the creatures, who kills him. The story moves forth a year, with Regan blaming herself for Beau’s death and Evelyn pregnant with another child.

Lee tries to help Regan’s hearing with a new implant, but it does not seem to work. We see some quality father-son bonding time, as Lee takes Marcus fishing. He explains that the creatures are drawn to the loudest sound, so in the presence of louder sounds, they are safe. Marcus, meanwhile, has a heart to heart chat with his dad, telling him that he should reach out to Regan and assuage her guilt. Their trip back home is eventful as they meet an old man whose wife has been killed by one of the creatures. Lee tries to save him, but the old man willingly screams and invites death.

In the meanwhile, Evelyn goes into labor and while heading to the soundproof basement, she steps on a nail and the jolt of pain causes her to knock down a picture, causing noise. This attracts a creature, but Evelyn manages to warn Lee and Marcus by turning on the red lights outside the house. Marcus is instructed by Lee to light some fireworks as a distraction, and he uses this chance to save Evelyn and puts her in the basement, before going out to look for the other children. Evelyn, however, finds out that a creature has found its way into the basement. Marcus and Regan have their own hands full, and they manage to make some noise, drawing a creature, but the high-frequency sound from Regan’s ear implant drives it away.

Danger seems to be at bay once the children are reunited with Lee, but it is short lived as the creature returns to attack, and wounds Lee. Marcus shouts impulsively to draw away the creature. While Regan’s earpiece might have driven it away again, she does not know it and turns it off due to the unpleasant sound. To save his children from imminent death, Lee calls out to the creature, apparently sacrificing himself (we only say apparently because Krasinski is set to return in the sequel to ‘A Quiet Place’). Regan and Marcus use this opportunity to reunite with Evelyn who has given birth to a baby. The creature returns again, but Regan realizes what her implant can do, and now she places it next to a microphone to amplify the sound. This disorients the creature and exposes the flesh beneath the armored head. Evelyn shoots the creature dead.

As the movie ends, we see the family view a CCTV camera, where they see the sound of the creature dying, and the shot has attracted two more creatures. But now the family knows what the weak spot is, and they are ready to fight against this extraterrestrial life form. ‘A Quiet Place’ ends on a note of anticipation that will likely be addressed in the sequel. In the meantime, let us tell you where you can watch the movie.

Is A Quiet Place on Netflix?

Netflix has a wonderful library which makes it a premier content provider. While ‘A Quiet Place’ is available in some regions, it is unavailable in the US. However, if you want the same kind of vibes this movie has, not to mention similar creatures who hunt by sound, you can check out Netflix’s ‘The Silence‘.

Is A Quiet Place on Hulu?

Hulu has a swiftly growing library, and ‘A Quiet Place’ is part of it. Thus, if you have a Hulu subscription, all you have to do is head to the platform and you can watch the movie. Catch ‘A Quiet Place’ on Hulu, here.

Is A Quiet Place on Amazon Prime?

Amazon Prime has arguably the best library right after Netflix. But it seems as though the streaming giant has one-upped its competitor, as ‘A Quiet Place’ is available to Prime subscribers. Watch the movie here.

Where Can I Stream A Quiet Place Online?

Where Can I Watch A Quiet Place Online For Free?

‘A Quiet Place’ is a stellar movie which deserves attention from the viewers. But some of you might be unwilling to shell out money for it before watching it, or might not want to pay again, having already caught the theatrical release of the film. Either way, we have got you covered. Head over to Hulu or Amazon Prime, and use their free trial periods to watch the movie.

However, we strongly urge our readers to pay for all the art they consume.