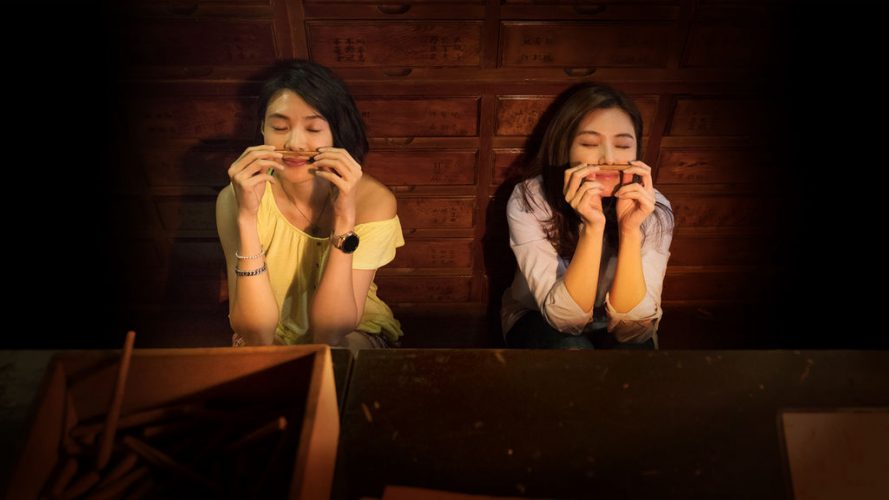 We have all heard about the famous Charles Dickens and his classic masterpiece “The Tale of Two Cities”. Published in 1859, it is still considered a favourite amongst storytellers and enthusiastic readers. A modern-day contemporary take on Dickens’ classic novel is a Netflix Original, “A Taiwanese Tale of Two Cities”. This series is an exciting tale that takes us on an adventure following our protagonists, a Taipei doctor, Li Nien-Nien, an attractive young woman and a San Francisco engineer, Josephine Huang, a beautiful woman of around the same age as Nien-Nien, who swap homes in a daring pact and decide to embark on a journey filled with challenges, secrets, unexpected encounters and zeal. As per Netflix, “The series features cross-cultural differences and similarities between Taipei and the close-knit Taiwanese-American community in San Francisco.”

The series is directed by Tien-Lun Yeh, and the writing credits go to Chia-Hui Lin, Tan-Ching Yeh and Tien-Lun Yeh. Tien-Lun Yeh is known for his films like Night Market Hero and another TV drama, Far and Away among many other appreciated works. The producers who invested their precious time and money into this lovely series are Chieh Pan, Chin-Sheng Yeh and Tan-Ching Yeh. This drama filled series has kept everyone at the edge of their seats. The first season aired back in September 2018, initially in Singapore and later across the globe on Netflix. It is very likely that  “A Taiwanese Tale of Two Cities” will be back on Netflix with a season 2 soon enough!

A Taiwanese Tale of Two Cities Season 2 Cast: Who’s in it?

Season 2 of the drama series will be expected to feature Tammy Chen as Nien Nien, Peggy Tseng as Josephine Huang, Denny Huang as a renowned Chef Ryan, Shao-Hua Lung and Fang Wan as Nien-Nien’s father and mother, respectively. We have Jacqueline Gourlay Grant in the role of Mrs Thomason and Sheng-Hao Wen as Tien-Ming.

Other actors who are expected to make a comeback in season 2 of “A Taiwanese Tale Of Two Cities” are, Michael J. Gwynn, who played the role of a Yoga Class Attendee in the first season, Mei-Ling Lo, John Lobato, Li-Yin Yang, Corey Semple. Falling in love with the cast is simple and will only be a matter of an episode before they have you swooning over their beauty and acting. However, all of this will be confirmed when season 2 is officially renewed.

A Taiwanese Tale of Two Cities Season 2 Plot: What is it about?

A Taiwanese Tale of Two Cities is a Taiwanese contemporary drama series which revolves around two characters with completely different lives. In Taiwan, lives Li Nien-Nien, a medical practitioner, who wishes to live in San Francisco, where her fiancé and biological mother live. She is absolutely obsessed with San Francisco and keeps a map of the city hanging on her bedroom wall in anticipation. She also keeps a clock that displays the time of a place she is hell-bent on travelling to.

In her own different world, lives Josephine Huang, an engineer in San Francisco who wants to visit her homeland to connect with her true roots. The story progresses as both their lives tangle, and they both end up meeting at a sham beauty pageant. This is where this adrenaline rush begins when they swap their lives and set out to experience everything that their hearts desired. The filmography satisfies a traveller’s heart and urges you to pack your bags and set out on an adventure and switch lives with a complete stranger. Predictable and fun. It is a cheesy, heartwarming story discussing love and life.

“A Taiwanese Tale of Two Cities, with its universal appeal, is more than just a collaboration with Netflix — it’s an opportunity for Taiwan content creators on the world stage,” Yeh told Netflix.

John Derderian, Director of International Originals at Netflix, mirrored Yeh’s sentiments in the same press release, saying: “We are excited about A Taiwanese Tale of Two Cities bringing the multi-cultural worlds of Taiwan and America to our 104 million members across 190 countries. This is a testament to how great stories travel.”

From protective families, illness, medicine, relationships to business and adventure, A Taiwanese Tale of Two Cities caters to all your binge-watching needs. Each episode is roughly 60 to 70 minutes long and the first season has 20 episodes in total.

A Taiwanese Tale of Two Cities Season 2 Release Date: When will it premiere?

Season 1 premiered on September 3, 2018, after nearly a year of shooting. According to a September 2017 press conference release from Netflix itself, the series was said to appreciate the Taiwanese- American culture. The same Netflix press release also stated that the 20 episodes long series was a collaboration between a Taiwanese television company, KBro and another called Good Image. Since season 1 had its finale recently (air date: January 26, 2019), there is still a little time which has to pass before director Yeh, and his team of writers come back with another energy-filled season. It is anticipated that the rom-com will return soon with sentimental dialogues and sweet characters who are loved across the globe. We will update this section with relevant details on the upcoming season as we find out. So, keep an eye out on us!

Unfortunately, the makers of A Taiwanese Tale of Two Cities haven’t released the official trailer of Season 2. The entire first season is available to watch on Netflix. Join Nien-Nien and Josephine on their marvellous journey to realizing love, dealing with personal problems, building new relations and most importantly, self-discovery.