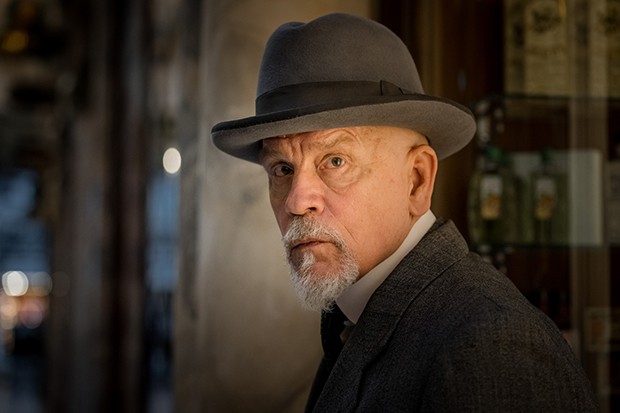 It probably needs no elaboration that crime as a blanket genre of fiction is a massive money-churner, irrespective of which medium we are talking about. At the risk of telling you something you already might know, we can stress the fact that crime fiction books are still the genre that brings the biggest number to publishers in terms of profit margin – or such is the case at least in the UK, and so it has been for possibly more than three decades now. On TV, even if we discount fiction altogether, true crime reigns as the perfect balance of reality TV that straddles the fine line between fact-finding and pure entertainment appeal.

Stepping over from non-scripted to scripted territory, things get somewhat finicky (and hit-or-miss) when one gets to the bulk of the output here: cop procedurals. Spy thrillers have been an easy practice dummy for parodies over the ages, but cop procedurals are almost unanimously agreed upon to be a subgenre where things will inevitably go south, and the many fundamental pitfalls of it begin to show promptly when producers push for a sustained run on a single franchise. The saving grace, as always, has been other focused thriller frameworks – be it genre-blending of mystery and psychological horror, greater artistic merit and emphasis on atmospheric and cinematographic elements, or the good old detective tale with a well-mapped plot.

For the last of the above mentioned, there have no doubt been a number of takes with original scriptwriting, and we have had some superb writing in original productions over the years, no doubt, but the fact of the matter remains that the bigger money and appeal still seems to fixate on adaptations. The easily found testimony for this will be the many numbers of high-budget productions with celebrity stars playing age-old classic detective figures – Benedict Cumberbatch as Holmes (Holmes is the hot stuff no wonder, as Robert Downey Jr. and Ian McKellen have also slipped into Holmes’ shoes in recent times) is no news to you, but also consider ITV’s Maigret adaptation (2016-2017), which starred none other than Rowan Atkinson in the titular role. For how good the show was overall, it did not get nearly as much traction as expected, but this does not end the game for our classic continental detectives.

Belgian author Simenon’s French detective Maigret might not have made it to the big sums club, but BBC One’s 2018 rendition of Belgian detective Poirot, The ABC Murders might just make the cut. Make no mistake, Agatha Christie’s Poirot and many of her highly intriguing novels featuring the famous and eccentric detective have made it to the reel – a good number of films, TV adaptations, and even an anime and manga version to boot have been attempted. The ABC Murders premiered on December 26, 2018, and is the written by Sarah Phelps with Alex Gabassi serving as the director.

The ABC Murders Cast: Who’s in it?

The cast of ABC Murders eclipses the many dime-a-dozen attempts of detective TV shows in every true-crime adherent networks by its sheer star presence. Coming from a British actors base, the choice of cast is not based on pure Hollywood fame, but the bunch of Malkovich and Buchan are no small fry either. To demonstrate, John Malkovich, who plays Poirot, is a sexagenarian actor with over 70 theatrical productions in his quiver – with two Oscar nominations for Places in The Heart and In The Line of Fire, he was quite the famous rising star in the early ’90s. Pirates of The Carribean starKevin McNally is also great as Inspector Japp, but sadly the adaptation barely gives him any screen space. The second-in-command role is instead reserved from Inspector Crome, portrayed by Rupert Grint a.k.a. Ron Weasley from the famed Harry Potter movie franchise.

The ABC Murders Plot: What is it about?

The ABC Murders is a direct screen adaptation of Agatha Christie’s book that goes by the same name, but the faithfulness to source material only stays intact in the overarching plot. The show takes a few detours and artistic licenses here and there to more tailor the needs for the TV medium and those of production. The biggest qualm that has come from many readers of the original book is the limited presence of Japp and the virtual absence of Hastings.

However, the show does go well beyond the standards of a decent adaptation qualitatively, and it has raised the bar even higher for future Poirot adaptation ventures. As a detective thriller, the plot is hard to summarize without giving out major spoilers, which will ruin the point of the show in the first place. The basic outline of the premise is that of a chase thriller, where Poirot hunts down the trails of a serial killer who teases him with A.B.C. letter prior to murders in a classic Batman-Joker dynamic. There have been some major alterations from the original like the early dismissal of Inspector Japp, but the story neatly closes itself off by the end of its third episode and does not deviate too much from the core plot in the original novel.

The ABC Murders Season 2 Release date: When will it premiere?

Despite its recognition and great reception, we must not forget that The ABC Murders was a 3-part special, plus an adaptation which already wraps up the entirety of the original novel’s plot. There is little to no chance of a second season, and Prime Video is rather banking on Agatha Christie’s appeal than Poirot’s legacy. As the Radio Times has unveiled, the next Agatha Christie adaptation in line might very likely be Death Comes As The End for Prime subscribers, so that is something you might want to keep an eye out for. As for The ABC Murders Season 2, both the possibility of renewal and the release dates remain uncertain. If the series is to return in any form, we can expect a release date in early 2020.

Along with how the chances are so slim for a continuation of the show for a direct season 2, there have also been next to no news or updates about the network renewing the show for a new season. At present, it is likely that production has not started at all for it. Fans of the show can also catch the debut season on Amazon Prime in case you already haven’t. If you have been looking to dig into the show for the first time, a great head start would be the official trailer for the original first season, which you can watch here.