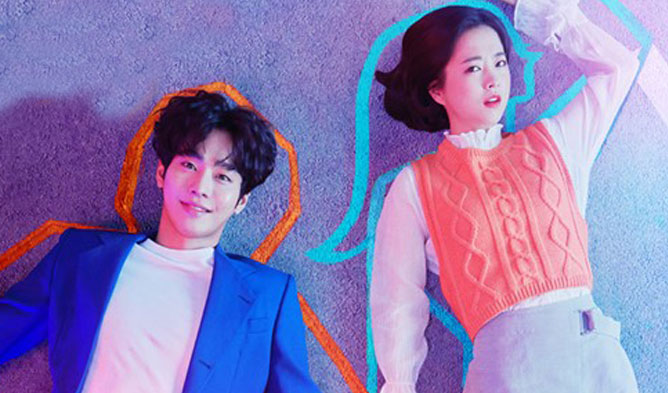 Netflix is slowly building its reputation and a strong subscriber base all over the world, and a unique market the company has tapped into is South Korea. K-Pop music is already a huge sensation all around the world, and now Netflix is making K-dramas available on their platform, and till date have an impressive collection of more than two dozen such shows in their repository. One such show that is available on the platform is ‘Abyss’.

It is a great thing which Netflix is doing, not only from the perspective of their business but also from the perspective of having something for everyone on their platform. If there was no Netflix, many of us would never have a chance to know what Korean Tv shows are really like. Netflix first took this approach when ‘Narcos‘ became a worldwide sensation despite being a Spanish-language show. Though critics have also pointed out that whether by making these shows to cater to an international audience filmmakers are losing their authenticity. Well, that debate will go on for a while. For now, let’s look at everything we know about the next season of Abyss that first premiered on Netflix on May 6, 2019.

Abyss Cast: Who is in it?

The two leading characters of the show are Ko Se-Yeon and Cha Min. Park Bo-Young plays the role of Ko while Ahn Hyo-Seop is seen donning the character of Cha Min. 29-year-old Park is quite a huge name in Korea. She has been in major hits like ‘Scandal Makers’, ‘Werewolf Boy’ (2012), and ‘On Your Wedding Day’ (2018). On the other hand, Ahn Hyo-Seop is a famous singer and an award-winning television actor, having been a part of shows like ‘Still 17’ and ‘Top Management’.

Abyss Plot: What is it about?

‘Abyss’ is a fantasy drama about two people called Ko Se-Yeon and Cha Min. Ko is a pretty and ambitious girl who always shines at her workplace and is always one step ahead of her competition. However, she has somewhat of an attitude problem which keeps her from making many friends. On the other hand, Cha Min is just the opposite. He is an average-looking bloke with not much to boast about. He is also not that successful professionally.

The two characters somehow manage to obtain a magical bead called the Abyss. This thing proves to be their bane as no sooner that they get their hands on it, they meet an accident and die. Things completely change when these two are brought back to life by the power of the stone. But now Ko has become ordinary in terms of looks while Cha Min has become a pretty handsome guy. The change which happens to both of them is based on how good at heart they were previously. The story continues following their lives after Ko starts working at a law firm and Cha Min enters to work as her subordinate. They check out each other’s names and realize that they know the other person from their previous births. The show then takes on a murder mystery turn when the two of them focus on finding who their actual killer was in the previous birth.

Abyss Season 2 Release Date: When will it premiere?

‘Abyss’ season 1 premiered on May 6, 2019 in almost all of the English-speaking countries and Asia. However, this series, unlike most of Netflix originals, airs only two episodes per week. The run of all its 16 episodes of season 1 ended on June 26, 2019. That obviously brings up the question, when is the next season coming out?

The answer to that question is that despite the fact that we don’t have an official announcement yet, because of the popularity of the k-dramas in general, there’s a good chance that the show will get another season. Our best guess is that if the show does get renewed, ‘Abyss’ season 2 can release sometime in May 2020. We will update this section as soon as we hear more.

While we wait for an update on ‘Abyss’ season 2, check out the season 1 trailer to refresh your memories. If you haven’t seen the show yet, head over to Netflix to catch all the episodes of the previous season.