Ackley Bridge S04: Everything We Know 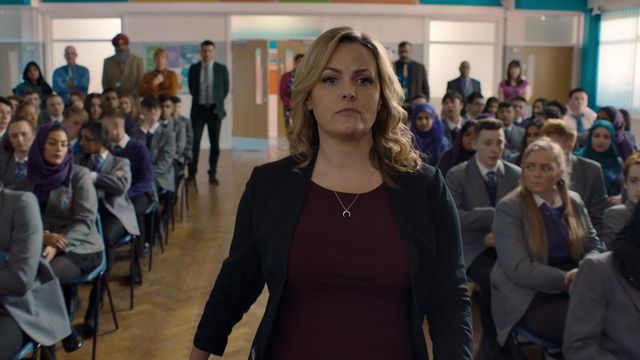 ‘Ackley Bridge’ is a British comedy-drama that first premiered on June 7, 2017, on Channel 4. It was then picked up by Acorn to air for its US audience. The show is created by Ayub Khan-Din, writer of ‘East is East’, Kevin Erlis and Malcolm Campbell. Inspired by the events of actual schools in Lancashire and Yorkshire, the story follows the merger of two schools in Yorkshire, which also results in the amalgamation of Western and Asian cultures.

Attempting to inculcate a sense of acceptance and unity amidst diversity, ‘Ackley Bridge’ aims to narrate how two academies, segregated by British and Muslim communities, need to come together to work in harmony.

The series, since its original premiere, has seen three successful seasons, both in the UK and the US. Read on to know everything about Ackley Bridge season 4.

Ackley Bridge Season 4 Release Date: When will it premiere?

Looking at its great reception, the makers announced that ‘Ackley Bridge’ Season 4 will release in September 2020 in the UK. However, the show will be in a slightly different format this time. For the fourth season, the episodes will span only 30 minutes, as compared to the older episodes, which were one hour in length.

Rebecca Holdsworth, the commissioning executive at Channel 4, explained that the new format was introduced to resonate with the viewing habits of the younger audience. We expect ‘Ackley Bridge’ Season 4 to release sometime in January 2021 for the US audience.

Ackley Bridge Cast: Who’s in it?

Ackley Bridge comprises a mix of a sprawling list of actors, playing lead and recurring roles. Here’s a breakdown of the lead cast for season 3.

Season 4 is expected to see all of the main cast members reprise their original roles (except Amy Hickman and Poppy Friar) while being accompanied by several new faces — the names of whom are yet to be announced. We will update this section as soon as we hear more.

Ackley Bridge Plot: What is it about?

Due to major financial problems, two schools merge into one. Ackley Bridge has one of the most divided communities in the UK and now, Ackley Bridge School is the home to the largely divided white and Asian communities.

The story starts with Missy and Nasreen, excited to be attending the same school for the very first time in their lives. There is some tension between the friends regarding Nas wearing the hijab, but the two come to an unusual agreement. Missy encourages Nas to approach her teacher Lila romantically, but Lila politely turns her down.

On the other hand, Nas’ father comes back from Pakistan with a marriage proposal for her. The arrangement that is more for the sake of financial stability, breaks her down, and she confesses about her sexuality in front of her mother, Kaneez. Missy’s nana suddenly expires, which leaves Missy in a tough spot as now, Hayley might be sent to a home-care center.

Steve learns about Mandy and Sadiq’s affair (disclosed by Alya) and confronts her. Hayley is saved from going to government home-care while Nas and Lila end their affair. It is also revealed that it is actually Cory, who is the father of Candice’s child.

In Season 2, the story continues as Nas fakes her engagement with Nadeem while Missy starts her relationship with Aaron. The fake engagement does not run for long, as Nadeem’s mother figures out that her son is gay. Nas, fed up with all the drama, tries to find herself a suitable girl.

Missy gets pregnant in order to drop school and marry Aaron but later changes her mind. Mandy hits a hard spot as now, she is given the responsibility of her father who is suffering from dementia, and at the same time has to struggle to keep her position as the headmistress of the school intact.

Season 3 of ‘Ackley Bridge’ is full of drama as well, the characters need to make decisions that would change their lives completely. Nas gets an interview letter from Oxford University and Missy realizes their lives are growing apart. Rashid, who started dating Kaneez in Season 2, proposes to her. Mandy gives birth to her child but is shocked to learn the ongoing rumor in the school. She tries her best to unite the two communities but her efforts backfire on her.

The season ends with Nas and Missy’s story arcs having concluded. While Nas leaves for the university, Missy dies after a road accident. Season 4 is expected to focus on a new plotline while concentrating on some fresh arrivals in Ackley Bridge.

You can check out the trailer for Season 3 below.