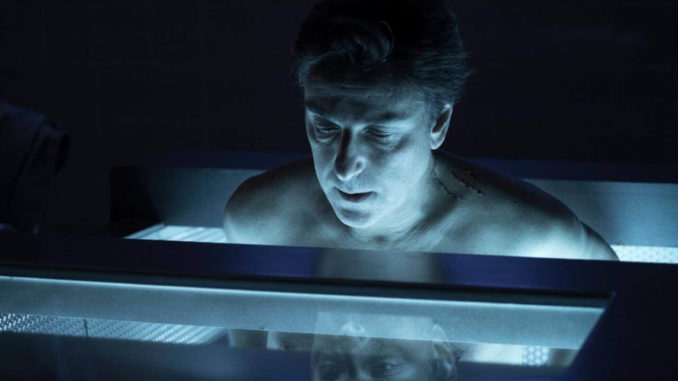 Welcome to the world that has conquered death: a society that houses the contemporary version of ‘the fountain of youth’, which you might recall from the Johnny Depp starrer, ‘Pirates of the Carribean’. In fact, to tell the truth, we already dwell in an era where life expectancy has increased and innumerable deadly diseases have been defeated. But what if we become immortal? Is that a good thing? Are there no repercussions? If people don’t die, how would it affect the young generation? Is it, in fact, possible for any civilization to flourish without birth and evolution? And worse still, would we need children at all?

Trying to answer the mind-boggling questions that arrive with such an existential malaise, is the futuristic drama, ‘Ad Vitam’. A dystopic and science fiction series, this French show is created by Thomas Cailley and Sébastien Mounier. Comprising six episodes, it aired in France from November 8, 2018, to November 22, 2018, on Arte. The show had its international premiered on Netflix on June 21, 2019.

Ad Vitam Cast: Who is in it?

Ad Vitam’s cast is led by Yvan Attal as Darius Asram and Garance Marillier as Christa Novak. French actor, director, and writer, Attal is best known for his roles in ‘Rush Hour 3’, ‘Munich‘, and ‘Le Brio’. He has also featured as the voice of Tom Cruise in several of his films, including ‘Eyes Wide Shut‘, ‘Mission: Impossible II‘, ‘Vanilla Sky’, and ‘Minority Report’. French actress, Marillier, made her debut in the field of acting with the short movie, ‘Junior’. A musician-turned-actor, she has also appeared in ‘It’s Not a Cowboy Movie’ and ‘Raw’. Other actors in prominent roles include Anne Azoulay as Béat, Niels Schneider as Virgil Berti, and Victor Assie as Théo Lesky.

Ad Vitam Plot: What is it about?

‘Ad Vitam’ chronicles the aftermath of what happens when society discovers a technique to slow and stall the natural process of aging and degeneration. Adults can regenerate their cells and thereby, avert death. In this seemingly evergreen world, where mortality is no more a threat, everything seems to have reached a stage of equilibrium. However, the peace is disrupted when a group of teens decides to take fate into their own hands. After a devastating incident, where seven teenagers commit suicide, a 119-year-old cop and a 20-something, rebellious female set out to find answers. Since suicide is considered illegal, where nobody has the right to die, certain groups wish to control this phenomenon.

Darius is a charismatic, intelligent and determined cop, while Christa is an instinctive, strong, and smart young woman. Together, they form a dynamic duo who leads a mysterious and dangerous investigation. They need to unravel that when promised with eternal youth, why would a group of teenagers commit such an act? Is it orchestrated by a cult or does it have political intents? Or perhaps this is just a cry for help from the youth who find themselves lost and frustrated.

‘Ad Vitam’ introduces an interesting concept that raises a lot of stirring questions. Now that death has been conquered, just like other anomalies in the human body, society has transformed. When one becomes an adult at 30 and the old don’t give up their positions, what happens to the youngsters? What’s their role in a community that does not need them? As this generation attempts to find meaning in their lives, they become part of a radical movement.

Intense, dark, packed with dreamlike sequences, a tad poetic and metaphorical, ‘Ad Vitam’ tries to explore how death, even after its absence, still dominates humanity. Additionally, the show, with its exceptional suspense elements, twists and turns, and violence, makes for an addictive detective drama. Branded as a cross between ‘Memories of Murder‘, ‘Blade Runner‘ and ‘The X-Files‘, ‘Ad Vitam’ may feature a French cast and language, but it explores universal themes. Hence, it appeals to the international audience as well.

Ad Vitam Season 2 Release Date: When will it premiere?

The show is an interesting addition to the catalogue of international shows on Netflix. As far as next season goes, we have some not-so-good news for fans. Cailley, when interviewed about a renewal, said that there would be no season 2. As per him, ‘Ad Vitam’ answers all its questions in the first installment itself and offers a definite conclusion. Therefore, as far as this story arc is concerned, the chances of a sequel are minimal.

However, never say never in the world of television. In case the show garners tremendous fan following, maybe, there could be another season, with a completely different plot. So, let’s not lose hope yet. And if ‘Ad Vitam’ Season 2 happens, we will update you about its release date. Stay tuned!

While we wait for an official update on Ad Vitam‘ Season 2, check out the season 1 trailer to refresh your memories. If you haven’t seen the show yet head over to Netflix to catch all the episodes of the previous season.