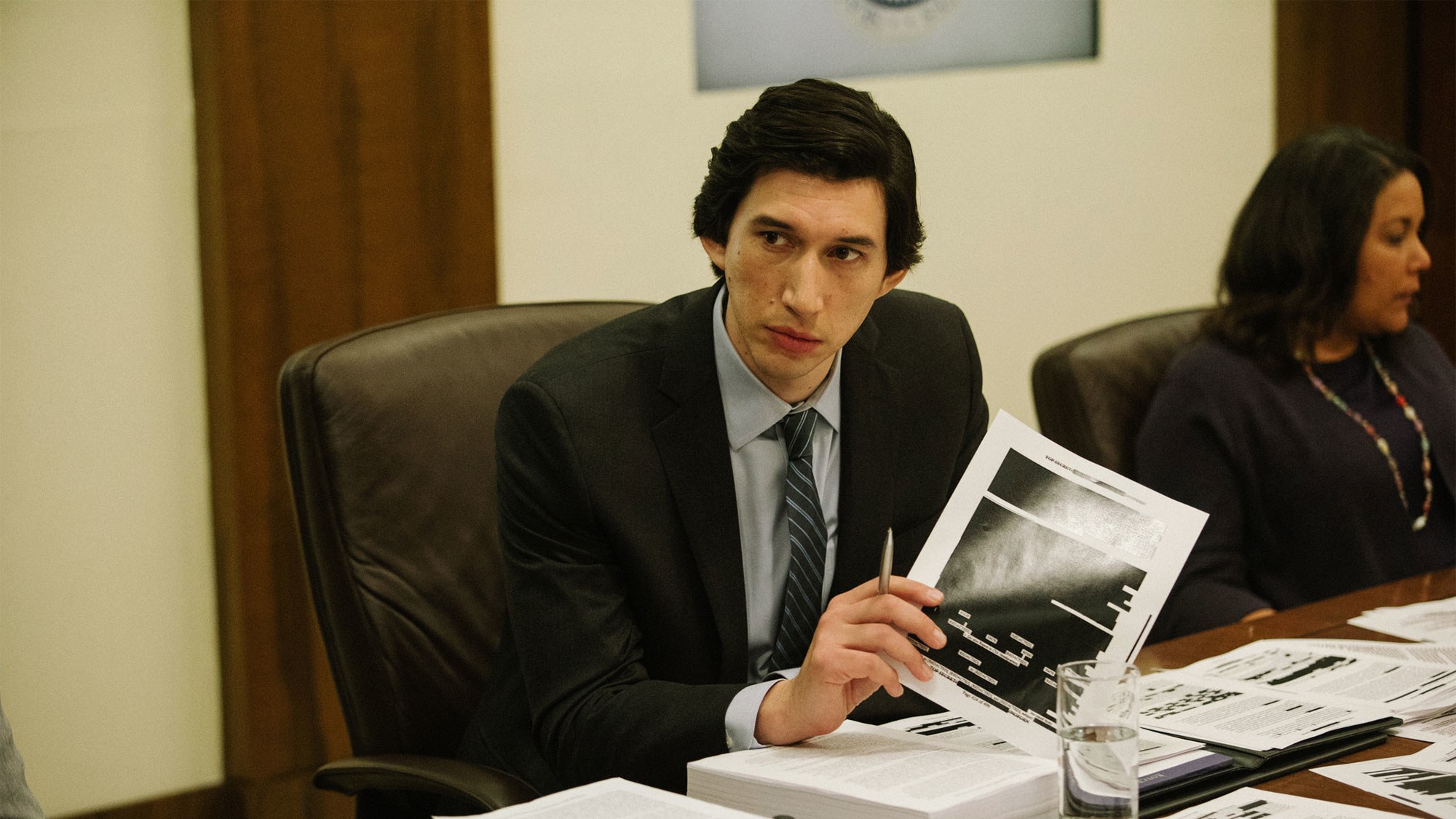 Adam Driver discovered his fire for acting during his high school days. The aspiring actor applied to the renowned acting school Juilliard, in New York. Though he was rejected by the selection committee, Driver went ahead in his chosen path of destiny and landed in Hollywood as a dreamy young man looking for roles during the ’90s. However, the September 11 terror attacks turned his life upside down like many other American youths. He then decided to join the forces and serve his country. Driver became a member of the U.S. Marines in 2001 and served for more than two years. However, an unfortunate mountain-biking accident ended up in his honorary discharge before he could complete the four-year tenure. A disappointed Driver returned to his Indiana hometown of Mishawaka. He joined the University of Indianapolis before making another casual attempt for the acting school Juilliard. He managed to clear the test at that time and joined the prestigious institute to hone his natural skill-set of acting.

Driver landed his debut role soon after the graduation in 2009 with the TV series ‘The Unusuals,’ in which he played a small but significant part. The actor appeared in shows like ‘Law & Order’ and TV movies like ‘You Don’t Know Jack’ (2010) and ‘The Wonderful Maladys’ (2010) after his debut. He made his Broadway debut in 2010 with the popular George Bernard Shaw play ‘Mrs. Warren’s Profession.’

The much-awaited breakthrough came in 2011 with the HBO series ‘Girls.’ Driver played the role of Adam Sackler, who struggles to keep a complex relationship with Lena Dunham’s character Hannah Horvath. The success of the series catapulted his career into new heights. Driver earned three back-to-back Emmy nominations for Outstanding Supporting Actor in a Comedy Series for his performance as Adam Sackler. The performance also helped him to land an important role in the 2012 biopic ‘Lincoln‘ directed by Steven Spielberg. He played the real-life character of the telegraph and cipher assistant of the American politician, Ulysses S. Grant. Beckwith sent out the details of Lincoln’s murderer John Wilkes Booth for the first time, which eventually led to his capture.

Driver got his next breakthrough with the 2013 musical comedy ‘Inside Llewyn Davis,’ written and directed by Coen brothers. With the critical success of the movie, Driver became a regular face in big productions and indie flicks. The 2014 comedy-drama ‘This is Where I Leave You,’ directed by Shawn Levy, and the 2015 sci-fi flick ‘Star Wars: The Force Awakens‘ cemented his reputation as a bankable actor. His other major works include ‘Paterson,’ ‘Silence,’ ‘Logan Lucky,’ ‘Star Wars: The Last Jedi,’ and the Broadway revival of Lanford Wilson’s ‘Burn This.’ In the 2018 movie, ‘BlacKkKlansman,’, directed by Spike Lee, he played the role of Detective Flip Zimmerman. The role earned him an Academy Award nomination and massive critical praise. So now you might be wondering what is the next Adam Driver movie or TV show? Well, here’s the list of upcoming Adam Driver films scheduled to release in the near future. We can only hope that the new Adam Driver movies would be as good as some of his recent ones.

Adam Driver will be seen alongside Laura Dern, Scarlett Johansson, Merritt Wever, Ray Liotta, and Azhy Robertson in the upcoming comedy film directed by Noah Baumbach. ‘Marriage Story’ features Driver and Johansson in the lead roles of a couple who are on the verge of a clamoring divorce. Liotta plays the role of the lawyer of Driver’s character.

Both the husband and wife go for two cunning and aggressive attorneys to represent them in the fierce legal battle. Baumbach directs the movie from his own screenplay. The movie is expected to premiere on Netflix on December 6, 2019. 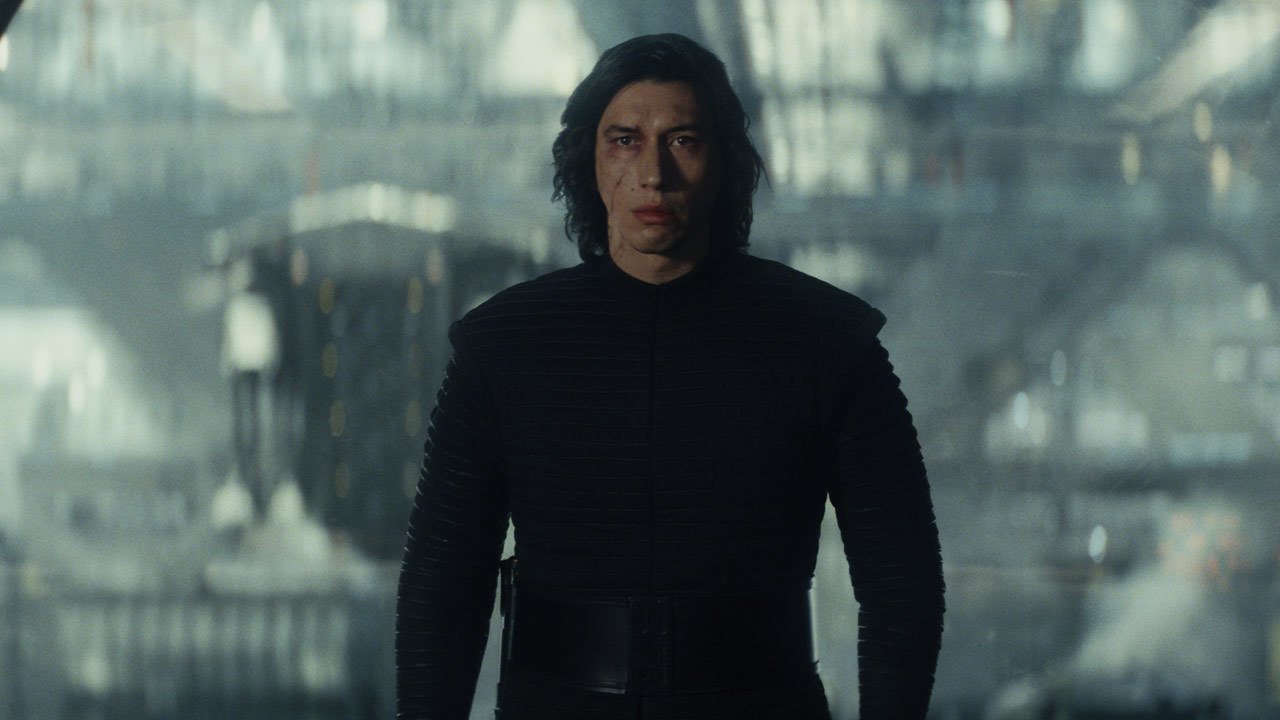 ‘Star Wars: The Rise of Skywalker’ is the third installment of the ‘Star Wars’ sequel trilogy and a direct sequel to the movie ‘The Force Awakens’ (2015) and ‘The Last Jedi’ (2017). The movie also concludes the nine-part ‘Skywalker saga.’ Though the plot details are kept under tight wraps, the movie reportedly features the final showdown between the Jedi and the Sith. Adam Driver reprises his character Kylo Ren, who is the champion of the First Order and Supreme Leader Snoke’s disciple. After slaying his father’s head, Kylo is determined to wipe out his mother’s Resistance and what is left with the Jedi Order. 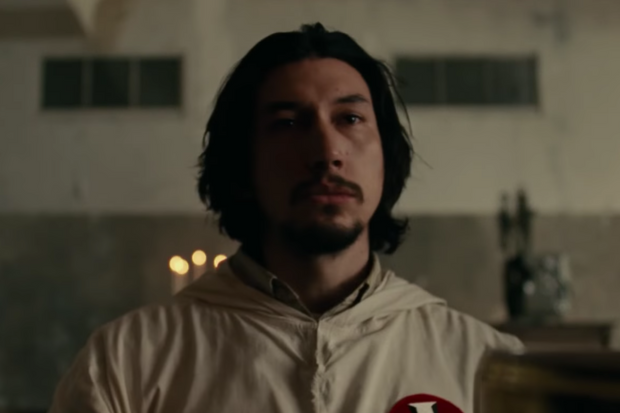 The long-gestating romantic musical ‘Annette’ features Adam Driver in the lead role. Set in the backdrop of the entertainment industry, the plot follows a stand-up comedian Henry (Driver) and his opera singer wife. Henry faces one of the most difficult times in his life after the death of his beloved wife. He has to compensate for the void created by his wife’s untimely departure while handling the responsibilities as the father of a two-year-old kid. Henry tries to piece himself together while his angelic daughter becomes the only thing that keeps him alive. The project considered a series of possible female leads like Rihanna, Rooney Mara, and Michelle Williams.

However, as per the latest updates, Marion Cotillard is in the final negotiations to star opposite Driver in the movie. ‘Annette’ marks the English language debut of the renowned French filmmaker Leos Carax, who is known for ‘Les Amants du Pont-Neuf’ and ‘Holy Motors’. ‘Annette’ is produced by CG Cinema in association with Paul-Dominique Vacharasinthu of Tribus P Films, Arte, Kenzo Horikoshi of Japan’s Eurospace, Fabian Gasmia of Detail Film, and Geneviève Lemal and Benoît Roland of Scope Picture and Wrong Men. No release date has been attached to the movie yet. 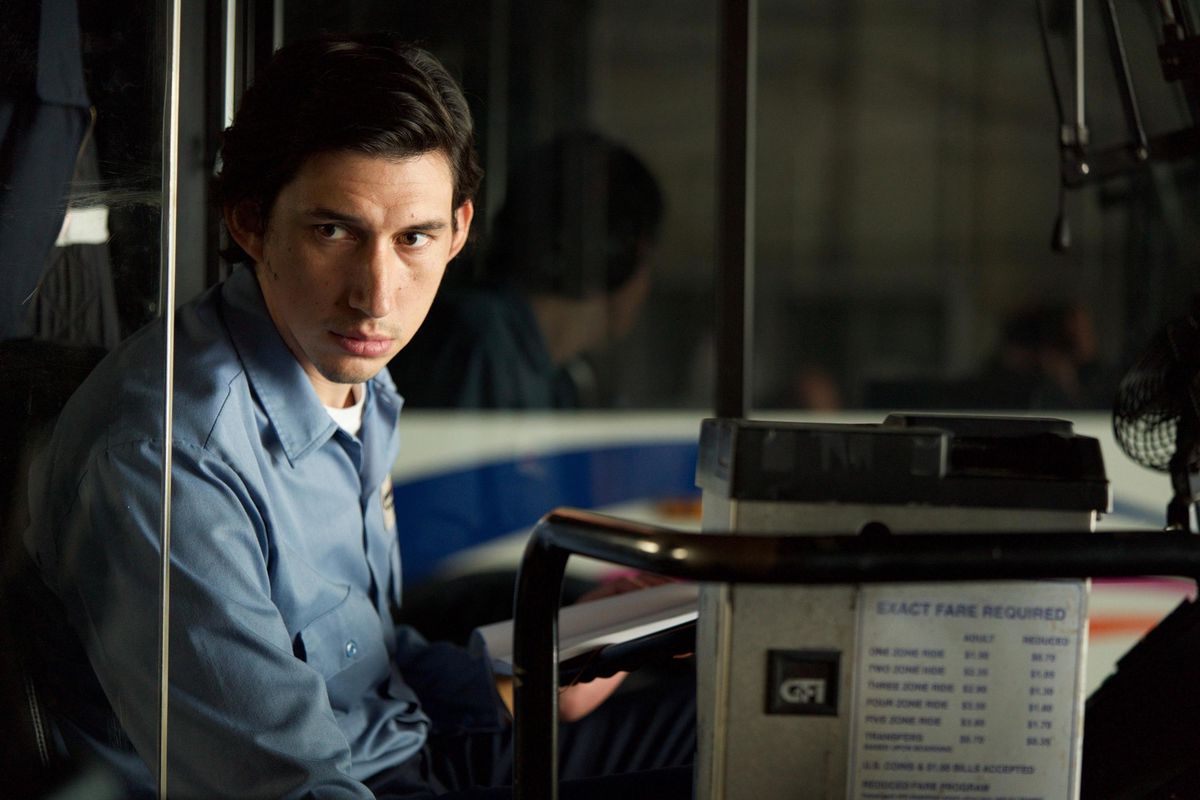 Ridley Scott is returning to the director’s chair, with a movie that promises to be epic in proportions. It marks an important moment in history and will try to bring together modern themes and messages, despite being set in the past. On that note, it is important to state that ‘The Last Duel’ is set in the 14th century. It happened to be the last legally sanctioned duel in the history of the country.

When a woman claims to have been raped by her husband’s friend, no one appears to believe her. However, the husband ends up challenging the friend to a duel. King Charles VI allows the duel to take place. Naturally, the storyline is intense and aspects of believing women’s narratives will surely be made clear to the viewers.

The cast is stellar including Driver himself, apart from Matt Damon and Ben Affleck. Naturally, the performances will carry the epic tale on its shoulders. Therefore, Driver will be sure to deliver a stellar performance which will be unforgettable. The movie is slated to have a limited release on December 25, 2020, before opening wide on January 8, 2021. 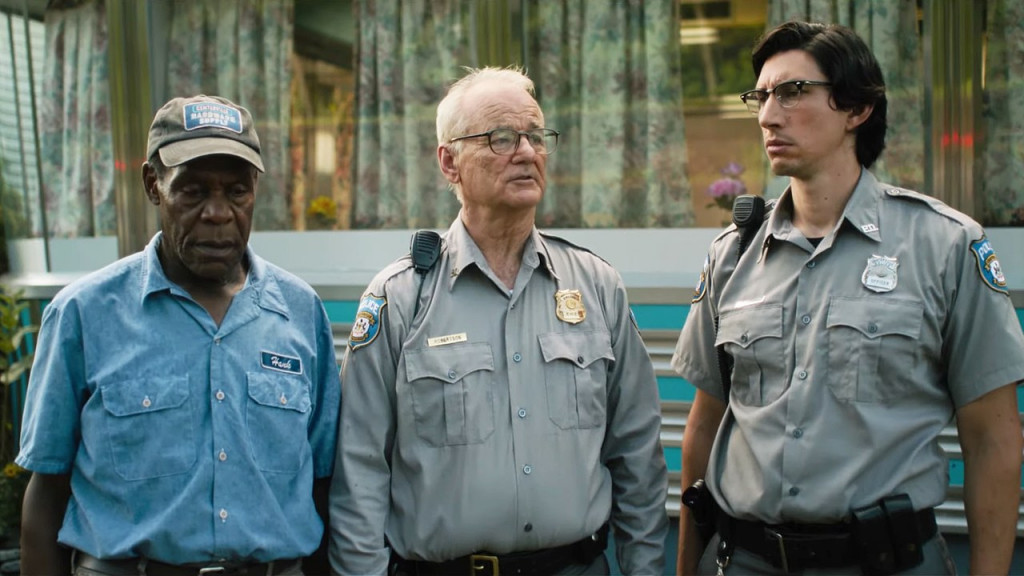 ‘The Dead Don’t Die’ hit headlines when it was picked up as the opening film of the 72nd Cannes Film Festival in May 2019. Directed by Jim Jarmusch, the movie features Bill Murray and Adam Driver as two cops who fight the flesh-eating walking dead after a zombie outbreak in the small town of Centerville. 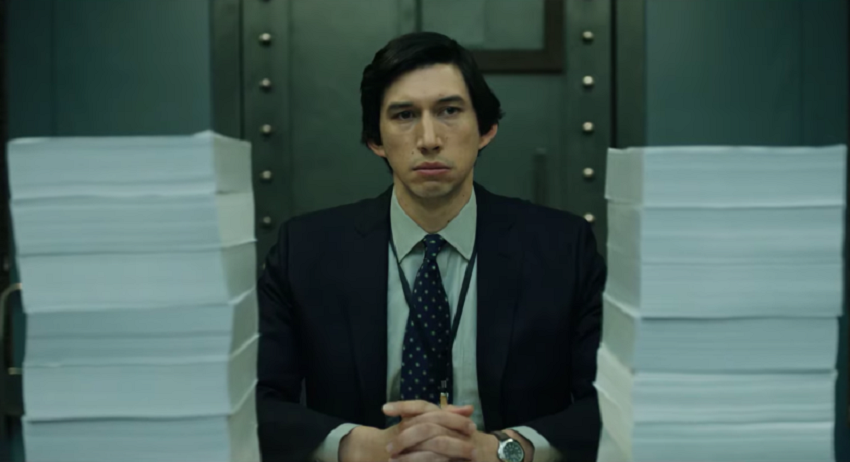 ‘The Report’ is a historical drama that comes from Scott Z. Burns, who has also written the script. It focuses on the lack of transparency within the CIA, which allows the agency to get away with a lot of mistreatment. While there have always been tussles between issues of efficiency and transparency, the CIA specially came under fire for their treatment of prisoners after the 9/11 attack.

Understandably, the horrific terrorist attack galvanized the CIA into taking some drastic measures, which included arresting suspects. However, in their zeal, a lot of innocent people were caught up in the net. They had to face harrowing ordeals, wherein they were classified as terrorists, which allowed the government to do away with a lot of their rights.

In ‘The Report’, we see Daniel J. Jones, an idealistic Senate staffer, who is tasked to lead an investigation. Acting on his boss’ orders, he starts to look into the post 9/11 Detention and Interrogation Program, carried out by the CIA. The deeper he goes, the more shocking the revelations become. With a stellar cast including Adam Driver and Jon Hamm, the movie has been a successful look at some of the shadier practices and abuse of power. It released on November 15, 2019.