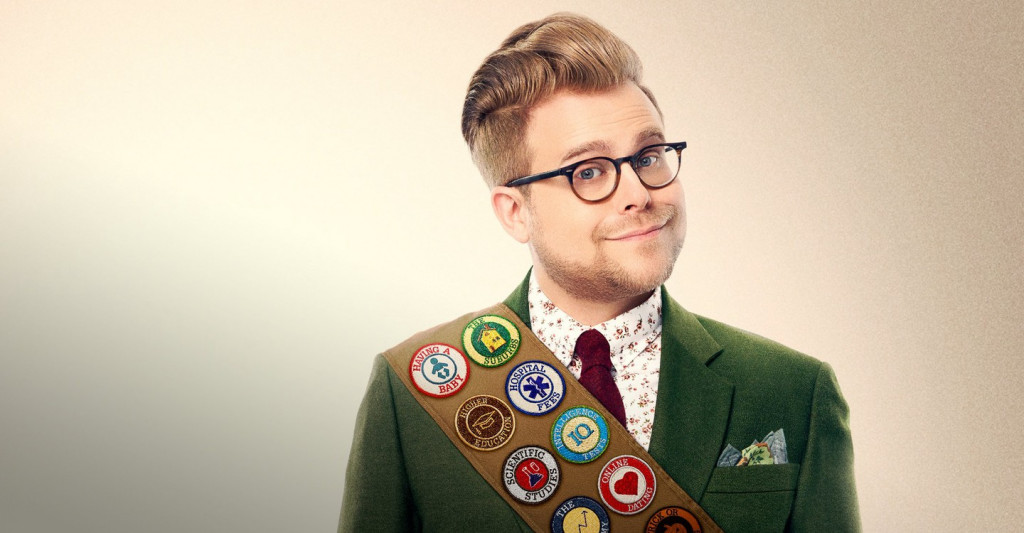 ‘Adam Ruins Everything’ is a popular American television comedy-cum-educational series that is bent on correcting people’s misconceptions about commonplace (but often important) things through a mixture of comedy, hypothetical scenarios, and academic work. Created and hosted by Adam Conover from CollegeHumor, the show, by truTV, is based on a web series of the same name by CollegeHumor. truTV’s version of the show first made its way to viewers’ screens on September 29, 2015.

The 26-episode Season 1 aired for over a year, seeing its conclusion on December 27, 2016. Subsequently, the show was renewed for a 26-episode Season 2, which aired from July 11, 2017 to December 18, 2018. Midway into 2018, truTV also renewed the show for its third season, which premiered on January 8, 2019. Fans of the show are now wondering whether the show will return for a fourth season.

Adam Ruins Everything Cast: Who’s in it?

As mentioned earlier, Adam Conover hosts the show himself, and is aided by others every now and then. One such important aide is high school teacher Emily Axford, who is a friend of Adam’s and wife to Brian Murphy, who also makes appearances in the show every now and then. Other people who make appearances in episodes of the show include Hayley Marie Norman, Rhea Butcher, Nicole Roberts, Punam Patel, RuPaul, and Chris Parnell. If truTV renews ‘Adam Ruins Everything’ for yet another season, Adam will of course be making a comeback, and Emily is expected to accompany him too. Other members, however, might differ, as appearances largely depend on episodes.

Adam Ruins Everything Plot: What is it about?

Regardless of how many seasons come out, ‘Adam Ruins Everything’, in essence, is an educational show that seeks to dispel popular myths through comedy and facts.

Each episode of the show begins with an ordinary person (sometimes recurring cast members, other times) stating a misconception on a certain topic. When this person(s) claims a misconception to be true, Adam pops out of nowhere, introduces himself, and gets the episode rolling. After the credits come in, Adam then goes on deconstruct three particular misconceptions on a particular topic. This deconstruction of misconceptions if often done by breaking the fourth wall, and Adam also uses several tools to aid the viewers understand his analysis better. Apart from humor, Adam’s tools of the trade often include sketch characters and animated segments, time travel, and even peer-reviewed academic papers that back up his claim. Adam also frequently brings in experts in fields related to the topic at hand, as he attempts to dismantle myths using a mixture of humor, wits, and knowledge. After dispelling myths, Adam also spends some time towards the end of each episode to dwell upon the positive takeaways from his myth-busting session and the discussion it sparks.

So, what kind of topics come up for discussion in the show? Well, there’s no fixed pattern – ‘Adam Ruins Everything’ touches upon topics ranging from simple ones like cars, restaurants, hygiene, sex, voting, and work, to much more complicated ones like issues of immigration, housing, prisons, environmentalism, justice, and the economy. Hence, regardless of where your interests lie, ‘Adam Ruins Everything’ is likely to have an episode on something that genuinely interests you.

In terms of reception, critics do not have a consensus on the show. However, as far as viewers are concerned, the show seems to have done well for itself, and it enjoys a rating of 8.2/10 on IMDb.

Adam Ruins Everything Season 4 Release Date: When will it premiere?

As far as the next season goes, we haven’t heard from the network yet. However, going by the precedent set by Season 3’s announcement, truTV could well announce renewing the show sometime by the end 2019. Till an official announcement is made, we cannot make any predictions about the future of the show. We will be keeping an eye out for news on Season 4 of ‘Adam Ruins Everything’, and we’ll update this section once we find relevant information pertaining to the production and release date of Season 4. So, do check back to stay in the loop.

Here’s a trailer of the show to give a glimpse into Adam’s way of ruining misconceptions and letting the truth be known.