When Will ‘Aerial Africa’ Return on Smithsonian Channel? 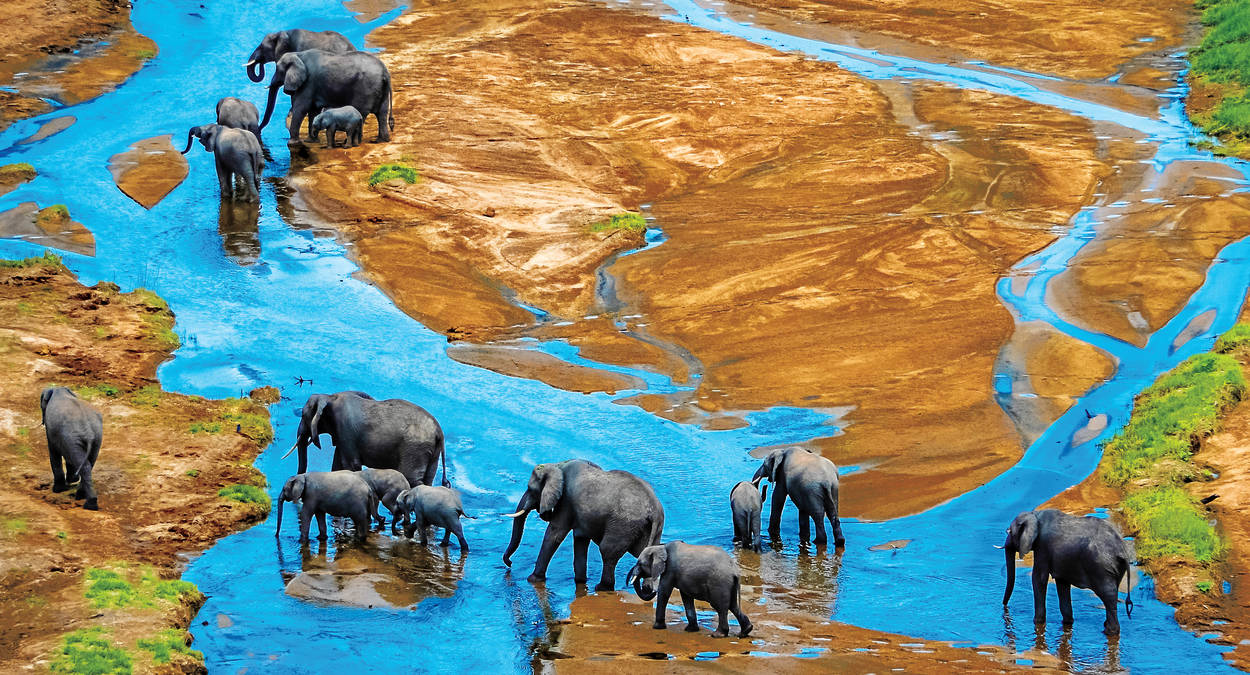 ‘Aerial Africa’ is a documentary-style television program produced by the Smithsonian Channel. Other production partners include Aquavision TV productions and Ukwenza Innovations. As the name suggests the series takes us on a journey of Africa through majestic aerial views exploring the countries, landscapes, and stories. The series is a spin-off of ‘Aerial America’, that has spawned one other series titled ‘Aeriel Cities’.

As we all know, Africa is famous for its natural beauty. Viewers get a chance to view Africa’s rich wildlife of Savannah, explore the ancient civilizations of Africa, discover famous personalities like the Scottish explorer Dr. David Livingstone, learn about Nelson Mandela’s childhood as a Xhosa boy, and much more, that have left a permanent mark on the country.

Season 1 of ‘Aerial Africa’ premiered on July 14, 2017. Now the question is, will there be an ‘Aerial Africa’ Season 2? We will delve into that question, but first, let’s quickly look into the details of the series.

Aerial Africa Cast: Who is in it?

‘Aerial Africa’ is a documentary-style series that does not have a cast. It features interviews and documents the African continent. Ike Amadi narrates the entire series. Ike is a Nigerian- American voice actor who has been the voice of many popular television, film and game characters.

What is Aerial Africa About?

Africa is a unique continent that holds the most versatile culture and landscape. From the dunes of the Sahara to the Serengeti’s of Kenya, Africa has a lot to offer to the world. The first traces of human evolution also originate in this so-called mother of all continents.

‘Aerial Africa’ tries to document this very land and its diversity. The show features spectacular views captured through drones and helicopter-mounted cameras and showcases the natural beauty of this continent. We get to enjoy aerial views of the never-ending grasslands, massive peaks, gigantic gorges, coastlines, and the desert dunes.

The show also explores ancient African folktales and tries to showcase the culture of people from various parts of Africa. It spectacularly documents everyday life, traditions, and hardships of people. A segment of the show is also dedicated to celebrating prominent figures who have contributed greatly to Africa’s history.

Some of these personalities include Dr. David Livingstone and Nelson Mandela. One episode explores Nelson Mandela’s childhood as a Xhosa boy. Each episode takes us on a journey to a different part of Africa. Some of the places covered by the series are Zambia, Namibia, Western Cape, and the South Coast.

The series documents ancient sea caves, strange rock formations, treacherous predators along with Africa’s Coast and modern-day golf courses. In the episode documenting Botswana, we are treated with aerial views of sand dunes and the world’s largest inland oasis. In another episode, the series explores Zambia.

We get to see the natural treasures and learn about the culture and lifestyle of people. The series also documents the massive gorges in Namibia. We get to see the beautiful shorelines of the Western Cape and the richly diverse metropolis along with the majestic peaks.

The series also features aerial views of Table Mountain, the colorful fishing villages on the West Coast, the infinite Cape Winelands and many other areas. Other episodes also showcase splendid aerial views of the Garden Route and the Gorge of Augrabies. We also get to see aerial views of Salt Pan in Hakskeen located in the Kalahari Desert, Chef’s Island, and the Chobe National Park.

‘Aerial Africa’ is one of the most innovative shows out there. With a simple one-man narration format, the focus is kept on visuals and the content is beautiful. The rich and diverse animal life of Africa is also seen and we learn a lot about their habitat and ecosystem.

The show manages to truly measure the vastness of one of the most spectacular places on Earth. It documents not just its natural beauty, but its culture, people, lifestyle, ecosystem, and dependencies. If you are someone who is an admirer of these things, ‘Aerial Africa’ is one show that you should not miss.

Aerial Africa Season 2 Release Date: When will it premiere?

‘Aerial Africa’ Season 1 premiered on July 14, 2017, and ran until May 6, 2018, for six episodes. The show received a rating of 7.8 out of 10 by IMDb. Critics praised the show for its wonderful construction and cinematography.

As of now, there is no news on ‘Aerial Africa’ Season 2 but we expect another season exploring Africa in-depth, to release sometime in 2020. We will keep you posted as we find out more.

Here’s the trailer of ‘Aerial Africa’ that will give you a better idea of the show.