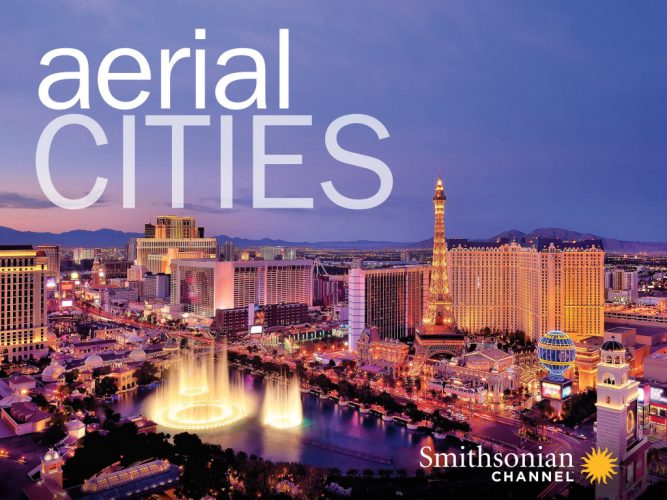 “What would it be like to fly?” is a thought that has crossed everyone’s mind at some point in their lives. They could travel easily to any corner of the country or explore the sky. Imagine how extraordinary that would be! Well, if not that, we have just the right show for you that will take you to various uniques destinations on earth. Aerial Cities is an American documentary TV program produced by Tusker Television. This new series first aired on 8th April 2018 on Smithsonian Channel. It is executive produced by Charles Poe, Toby Beach, and David Royle. This series is the spin-off of Aerial America where the creator documents and features some of the most popular places and metropolis in Las Vegas, Miami, Chicago, San Francisco, Seattle, and Miami.

In this series, the makers let you discover various cultures, festivals and much more from above. It takes you to one of the most majestic as well as prominent cities of America and gives you a bird’s eye view. From above, the gigantic mountains, towers, lakes, and houses look like a small playground. These structures are filmed from a breathtaking height. The show also takes viewers on an adventure to breathtaking locations. Viewers can get a chance to see some unexplored and treasured spots in America. At nights, the alluring lights illuminating from various towers will satisfy a viewer’s eye. These adventures take viewers to great heights to explore the modern cities from a different perspective.

Aerial Cities Season 2 Cast: Who is in it?

Jim Conrad is the main narrator who will appear in season 2 as well if and when it is renewed.

Aerial Cities Season 2 Plot: What is it about?

In the previous season, Smithsonian Channel takes viewers to explore numerous towers and structures. It takes a look at a nondescript warehouse district in Los Angeles. Viewers get a view of the surfers and skateboarders on the beach. The series takes a journey to see Cardiff Tower from above. In the next episode, the program travels to the lands of San Francisco famous for its hills, bay as well as magnificent beaches. Viewers can see a beautiful view of gridlock pattern, buses and other transport system, ferries, huge towers and much more. From above, the viewers can enjoy the look of Bay Bridge in Oakland where they can see some lighting engineers climbing the suspension rods.

The series takes the next halt at Miami where viewers get an opportunity to explore bustling ports, Domino Park and a Pink flamingo haven from above. This city is famous for its sun and surf where most of the travelers love to spend quality of their time with their loved ones on the beach. The series travels to Miami Beach and shows a night view of neon-lit clubs and restaurants illuminating down below. Viewers enjoy the view of the world famous liberty square in Miami.

Aerial Cities Season 2 Release Date: When will it premiere?

Smithsonian has not declared the air date for Aerial Cities season 2 until now. The show is yet to be scheduled. We will not know the release date of the show until the series is renewed but if we had to speculate, we would say mid-2019 is when the next season would be back. Stay tuned for more updates.

Aerial Cities season 2 is not renewed. For now, you can watch the fourth episode of the season below.