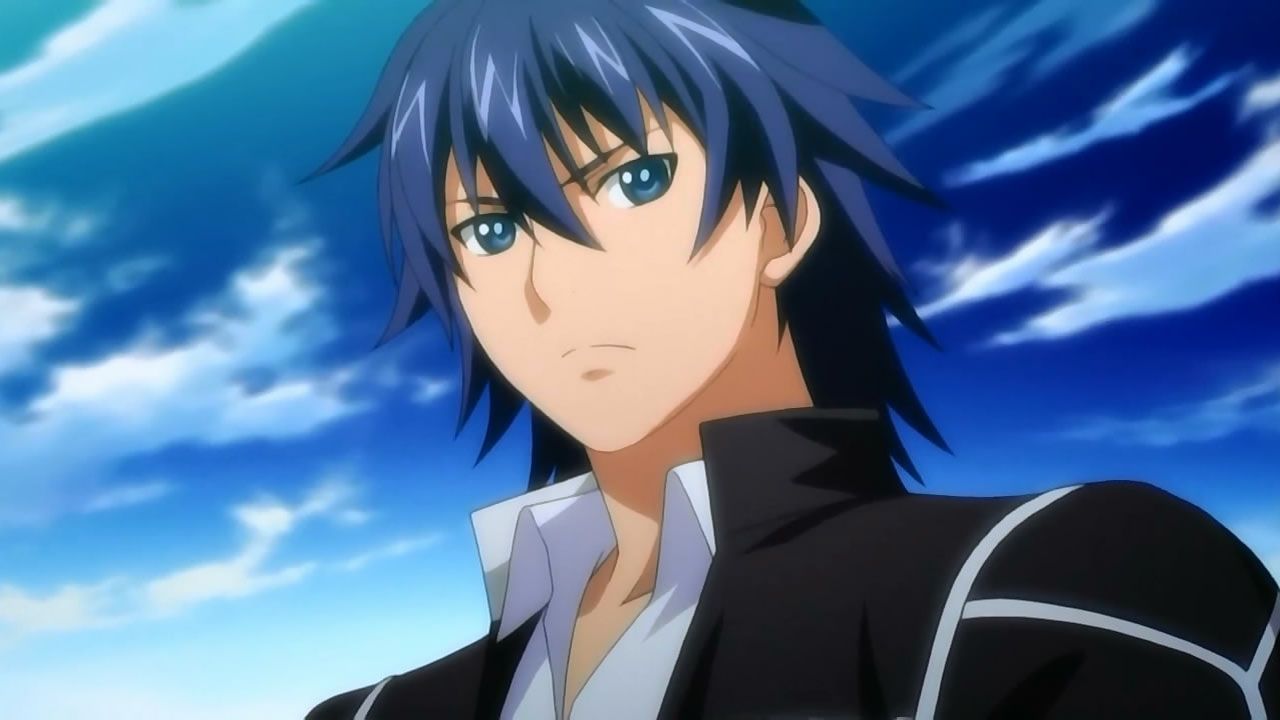 Some anime solely rely on adult situations and fan-service, but that is not enough to make it a show that everyone will love. ‘Aesthetica of a Rogue Hero’ does something of that sort; the only key differentiator that it has compared to other similar ones is that it has quite an interesting plot. Even then, whenever you enter the ecchi genre, you already know what to expect from the anime. This obviously includes a whole lot of fan-service and some extreme slapstick sexual humor. Most ecchi anime may not be all that intelligent, but that doesn’t really mean they’re bad in any way. Some ecchi anime shows have a charm of their own and involve well fleshed out characters. But then there are also other ones of the same genre that make no sense at all and constantly try to use over-the-top fan-service to force a laugh. In most ecchi anime, all that stays on your mind is how every time the characters opened their mouths, it made your ears bleed. Is ‘Aesthetica of a Rogue Hero’ one of those anime that just keeps trying too hard?

The anime really could’ve been on the better side of ecchi because it initially forms an impression of being a lot more than that. The setup of the fantasy world within the anime is vast and holds unlimited potential for politics and mythologies. But instead of utilizing these, it chooses to go overboard with the fanservice. The bigger problem is that it even tries to be better than what it’s set out to be but just leaves everything in the middle. With a mere 12-episode format, if the anime had strived to give out more information about the backgrounds of the characters from different dimensions, instead of focusing too much on the adult content, things could’ve been so much. But in the end, it just refuses to go down that road and strives for popularity instead of serving quality content.

Even the characters don’t really manage to save the anime either, except for one — Akatsuki Ousawa, who plays the male lead. He is a refreshing badass character who actually backs up everything he preaches. But even Akatsuki’s character falls short sometimes and not even once is he able to make up for the remaining flaws of the anime. The only thing that’s commendable about the show is its animation, which has been done by Studio Arms, yet again. But even the focus of the animation goes towards fan-service and not on the battle scenes.

Overall, to be completely honest, ‘Aesthetica of a Rogue Hero’ is quite disappointing and the only reason why I ended up watching the entire season is that I was just waiting for it to reach its full potential, which it never did. I’m so glad that it only has 12 episodes because with the kind of expectations that I had from it, initially, I would have been willing to watch a lot more. However, my expectations aren’t dead yet and I actually expect the anime to come back and blow my mind in the coming years. I am sure that some of you share the same opinion about it. But the big question here is: is it ever going to come back with a new season?

Aesthetica of a Rogue Hero Season 2 Release Date: When will it premiere?

‘Aesthetica of a Rogue Hero’ season 1 premiered on July 6, 2012 and came to an end on September 21, 2012. The first season had a lot of mixed reactions where some people agreed with the fact that its excessive fan-service actually led to its downfall. There were others who enjoyed it but the bad reviews soon caught up to everyone and affected the overall sales of the anime in Japan.

The fans who enjoyed it and also the ones who, like me, had expectations out of it, started signing petitions for a new season. The sole reason why the anime may get a new season is because of this post-premiere demand for it from people who see that it still has some potential. But even the sales aspect of it matters a lot and it seems very less likely that the creators would be willing to take such a big risk. So for those who are really looking forward to a new season, all you can do is hope but don’t keep your expectations too high because as of now, the odds are all against it. In the unlikely scenario of the anime getting renewed, our best guess is that ‘Aesthetica of a Rogue Hero’ season 2 release date could be sometime in 2020 or 2021. We will update this section as soon as we hear more.

The English Dub of ‘Aesthetica of a Rogue Hero’ season 1 is available on Funimation and Amazon Prime.

Aesthetica of a Rogue Hero Plot:

‘Aesthetica of a Rogue Hero’ centers around Akatsuki Ousawa, who is summoned into a different world, given supernatural powers and is then asked to rescue a world from a Demon Lord. Out of all the kids who are summoned from the Earth, Akatsuki is one of those few who make it back. But he does not come back alone as he brings the Demon Lord’s daughter, Miu, with him in order to fulfill a promise that he had made to the dying evil ruler. Akatsuki then enrolls her to a special kids school and then later joins her so that he can hide her true identity. But he, along with his sister, keeps getting into trouble in this school while trying to cover up for Miu’s weirdness.

There are many other plot points in the story that includes Miu’s background, the strange organization that runs their school and also the mysterious school council. Though all these are touched upon every once in a while, the anime’s main focus goes on fan-service. In the midst of all the fan-service, which is still bearable, a lot of scenes strongly reinforce rape-culture. I find the concept of the anime really interesting but it’s these parts of the show that make me detest it entirely.

Aesthetica of a Rogue Hero Characters: 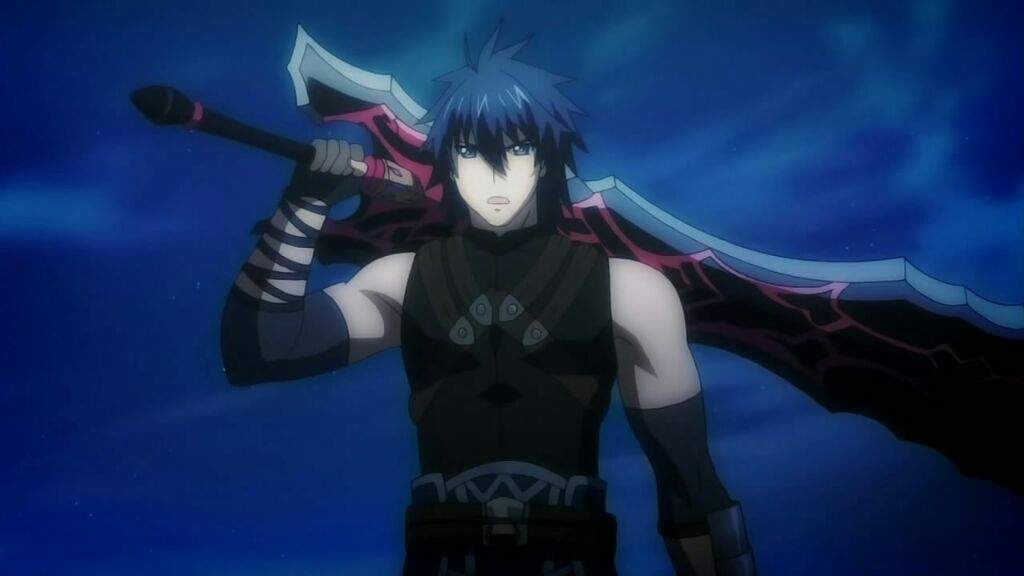 Akatsuki Ousawa is the main protagonist of the show, who after defeating the Demon King has become the true Hero. But before dying, the Demon King makes him promise that he will always take care of his daughter without telling anyone about her true identity. He later returns to Earth with the Demon’s daughter and enrolls her at a school called BABEL. Akatsuki appears to be a very tall and muscular young man who sports messy dark blue hair with his blue eyes. He is usually seen in his standard BABEL uniform and other times in gym clothes.

Ousawa is very confident about his powers and strength and also manages to prove that he is what he claims to be when he easily defeats the Demon King. But his confidence in himself has also made him extremely laid-back about everything in life. He is kind to those who are good to him but anyone who shows even the slightest bit of aggression towards him, gets something worse in return. He is very perverted and this becomes very clear when he starts fondling Miu after bringing her back to the apartment. 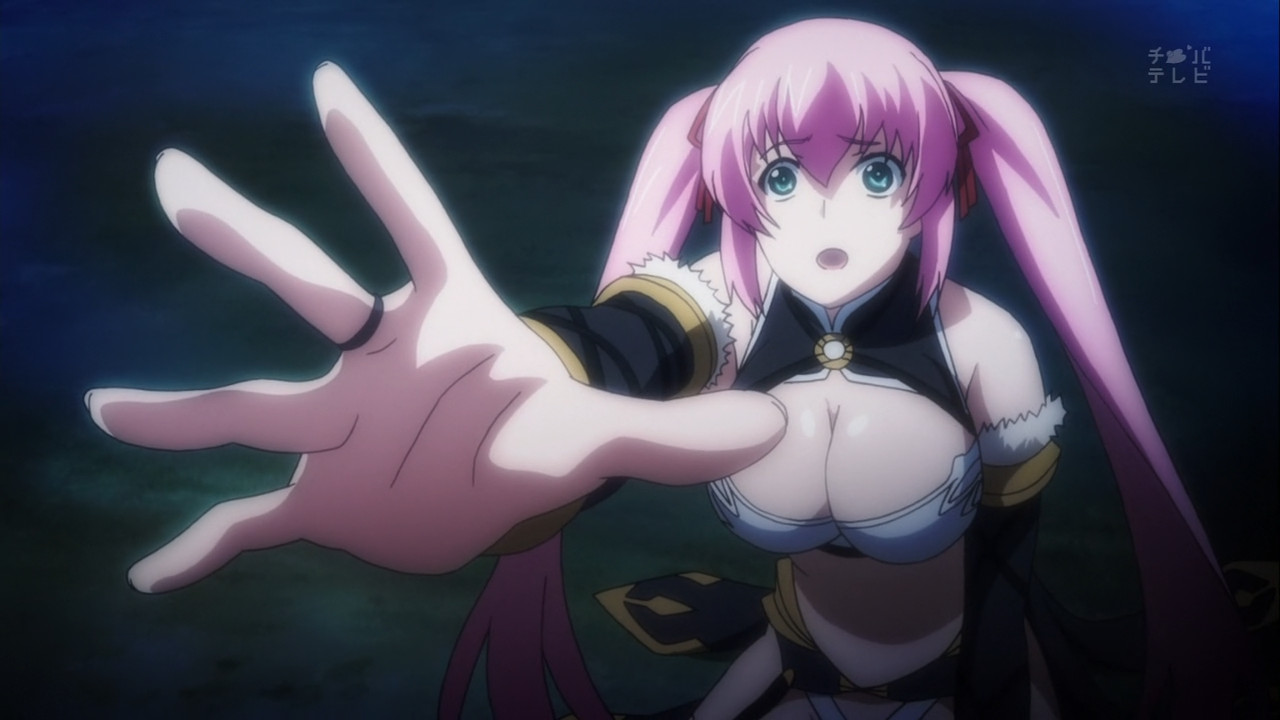 Miu Ousawa is the daughter of the Demon King, who is later taken to Earth by Akatsuki after he kills her father and makes him a promise of protecting her. Her name is later changed to Myuu to protect her identity and along with Akatsuki, she is also enrolled at BABEL. She has an average height and has long pink hair that she keeps tied up in the form of two very long pigtails. Miu is pretty much the main source of fan-service in the show, so for obvious reasons, her body is unrealistically curvy to an extent where even her buttons start breaking at times. She is also considered to be very attractive for her cute feminine features.

Myuu is very strong on the inside but on the outside, she seems very fragile and does not talk much. She acts hostile towards Akatsuki when he does something to really piss her off but otherwise, she acts all normal. She is extremely saddened by her father’s death but she also understands his last will and his decision of sending her off with Akatsuki. 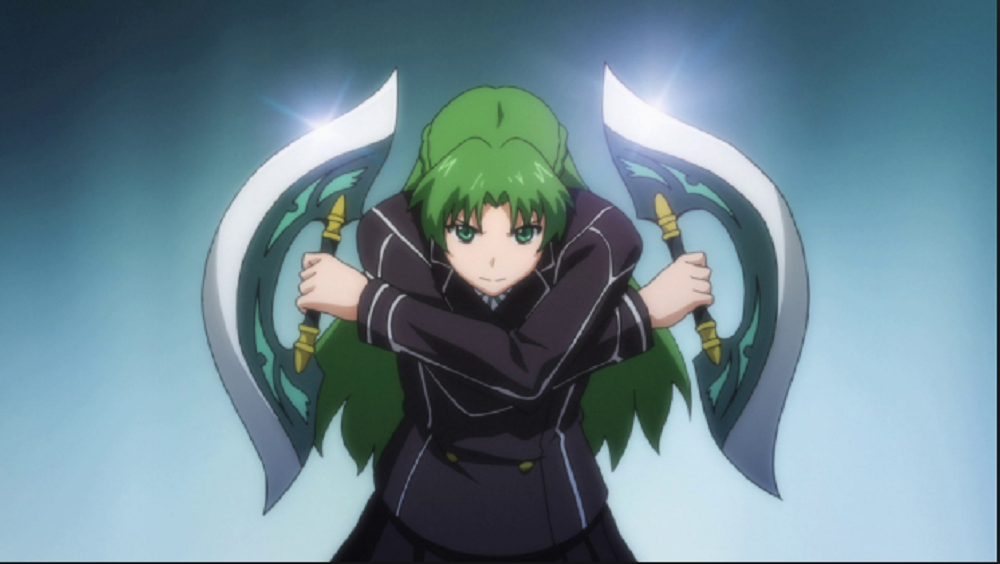 Kuzuha Doumoto is a close friend of Miu and Izumi and is also the class representative of Class B in BABEL. Her most noticeable feature is her height because she is very short. She has long greenish hair that goes down all the way to her waist and has deep blue eyes. The reason why she appears to be so tiny compared to all her peers is that she actually skipped too many grades and should’ve been in 6th grade according to her age. But being the intelligent kid that she is, she manages to outsmart the students of every grade she enters. She remains all by herself most of the times and fails to understand the feelings of those around her. Though she knows that she is smarter than all the kids in her class, she realizes that mentally, she is still a kid.