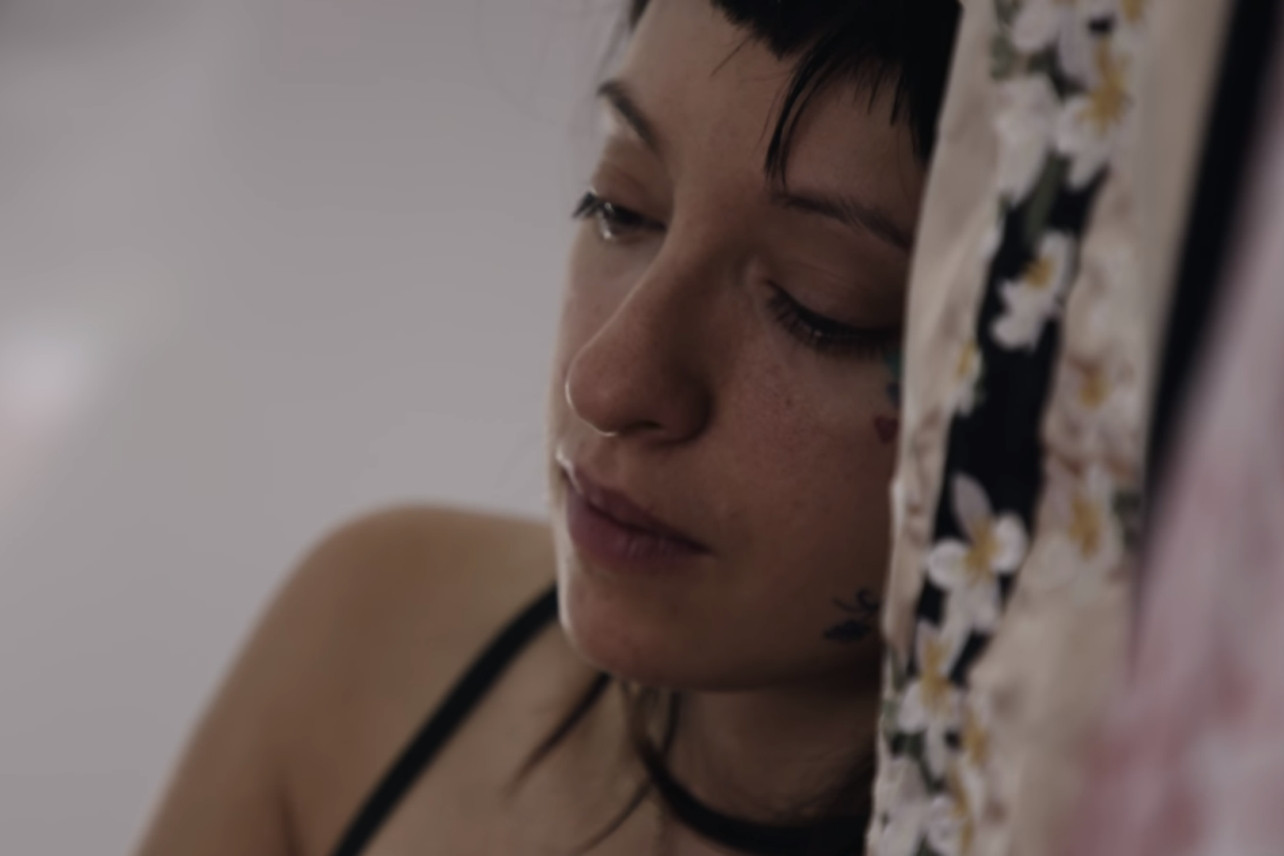 Chronic illnesses can be devastating as they take a toll on the sufferer’s emotional as well as physical health. When you have to accept any disease as part of your life and are ready to adjust with its demands on a day-to-day basis, it hampers your progress and your ability to complete basic, regular tasks. And what’s more terrifying is when such ailments have no particular explanation, with different doctors giving different diagnoses and varied medications.

Netflix‘s ‘Afflicted’ is a medical show that addresses all of the above aspects through its bleak, frustrating storytelling. This documentary revolves around seven debilitated patients, who are suffering from chronic illnesses that don’t hold any proper explanation. As doctors try to figure out what is psychosomatic and what is not, we follow these sufferers as they are shuffled from one clinic to another in search of proper treatment. Executive produced by Peter Logreco and Dan Partland, ‘Afflicted’ season 1 debuted with all of its seven episodes on Netflix on August 10, 2018. Here’s everything we know about its second season.

Afflicted Cast: Who is in it?’

Throughout its run of all the episodes, ‘Afflicted’ profiles seven people, each of who is plagued with a crippling, debilitating disease. What makes the ailments stranger and more terrifying is that they are difficult to diagnose and really complicated to be cured with the right treatment. We meet Carmen, who cannot face Wifi or electrical signals. Then there is Jamison who is confined regularly to his room and Bekah who suffers from a mold sensitivity disorder. Again, Star has multiple untreatable conditions and Jake suffers from Lyme disease. Pilar is sensitive toward chemicals and Jill consumes up to 55 supplements a day.

Afflicted Plot: What is it about?

As we already mentioned, the plot of ‘Afflicted’ explores how chronic diseases affect the sufferers, especially when they have no idea about the exact cause of their ailments. Moreover, the show also highlights the repercussions of the illnesses on the victims’ near and dear ones. For example, Bekah, who experiences drastic effects on her body when exposed to mold, is a psychic and a witch. She lives with her devoted boyfriend, Jesse, inside a van in the California desert. On the other hand, Jamison suffers from myalgic encephalomyelitis and has to stay confined to his bed at all times. He experiences unbearable, constant pain in almost every part of his body. However, the irony is that his parents suspect his condition to be a result of hypochondria.

We meet Carmen, who has been diagnosed with electromagnetic hypersensitivity. You might recognize the symptoms of EHS if you have watched Chuck McGill in ‘Better Call Saul’. Carmen, just like him, experiences sudden pains and outbreaks when exposed to anything that emits electromagnetic waves. Hence, she cannot be in the vicinity of cell phones, Wi-Fi, or bright fluorescent lights. But when she discloses that she wants to shift to an electromagnetic dead zone, her supportive husband is in for a shock.

Jill, a resident of New York, is in a relationship with a doting, caring woman. Although Jill’s day-to-day treatment costs them thousands of dollars, which they struggle to acquire, the pair does not leave each other’s side. The premise of ‘Afflicted’ does begin on an engaging note, making us viewers want to know more about the sufferings of these featured victims. However, some questions are not answered. For example, what are the reasons behind these people’s conditions? Did they face any trauma or stress in their past? And why are the doctors only concentrating on new diagnoses? Shouldn’t they tackle the root cause first?

In fact, after its controversial release, ‘Afflicted’ was shunned by several viewers for its depiction of chronic illnesses as psychosomatic or psychiatric disorders. Instead of portraying the diseases as actual ailments, the audience stated that the makers chose to highlight them as mental health conditions. Later, even cast members came out with statements against the creators and their editing practices. A certain team of physicians, scientists, filmmakers, and writers has also made a petition to Netflix to remove the show from its platform.

To summarize, we can say that ‘Afflicted’ is a winner when it comes to Partland’s depiction of victims and their close ones. He focuses on three aspects in every case — the patient, their family or significant other, and an empathetic skeptic. Although he does not suspect the sufferer’s condition, he just gives the audience another viewpoint about the same. And maybe, this third angle was the major cause that led to viewers lashing out against the show.

Afflicted Season 2 Release Date: When will it premiere?

‘Afflicted’ season 1 released on August 10, 2018 on Netflix. It opened to mixed reviews, controversies, and received quite a lot of backlash. However, we recommend you to watch the show once, just to get a real-time view about devastating chronic illnesses and their repercussions. In this aspect, we can confidently say that the creators have done a wonderful job.

As far as the next season goes, we don’t have an official announcement yet. Though considering the uniqueness of the show, we would be surprised if it doesn’t get another season. Our best guess is that if the show does get renewed, ‘Afflicted’ season 2 can release sometime in August 2019. We will update this section as soon as we hear more.

While we wait for an update on ‘Afflicted’ season 2, check out the season 1 trailer and all the episodes of the previous season on Netflix.