After Life Season 3: Everything We Know 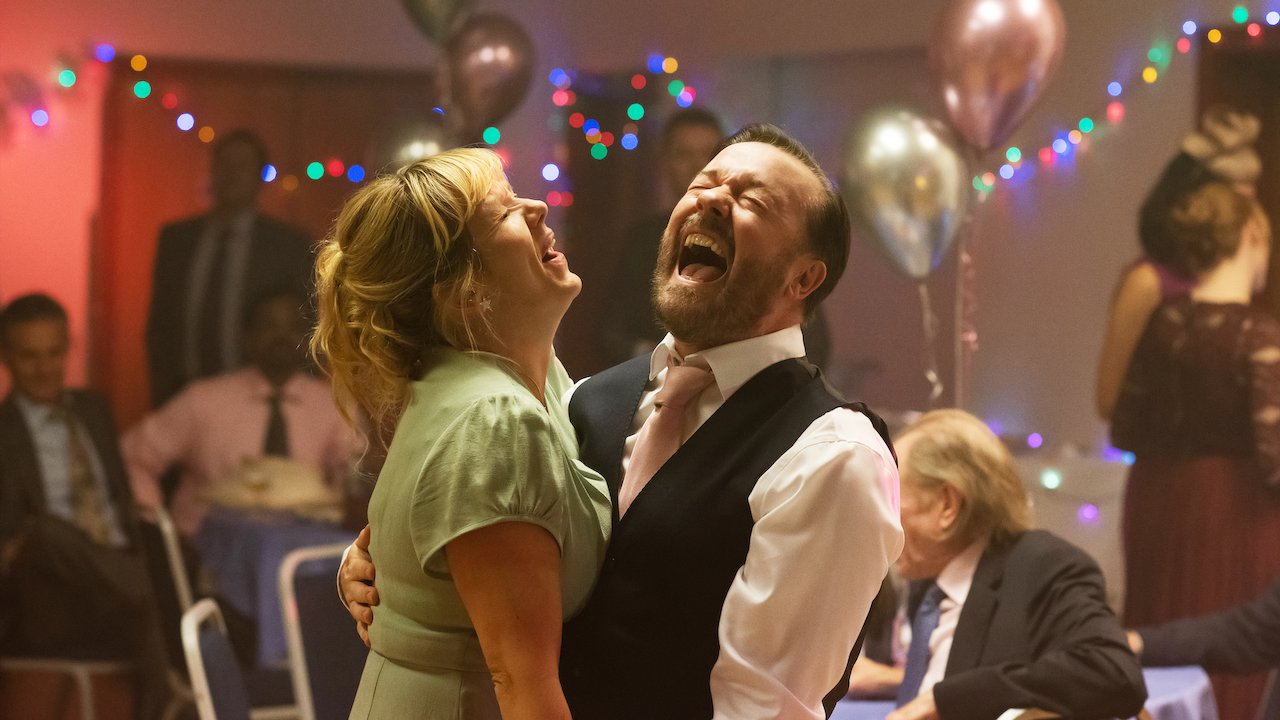 Netflix’s ‘After Life’ is a British comedy-drama series with a tinge of serenity and sadness. Created by acclaimed actor-comedian Ricky Gervais, the series also showcases him as the lead star. The show follows Tony, a bereaved husband and the head of the feature stories department in a local newspaper. Following his wife Lisa’s death from breast cancer, Tony becomes momentarily suicidal but tries to cope with life instead, pushing away all hands that try to help him push through his loss. As the story moves forward, the audience gets transported into the fictional township of Tambury.

The town comes alive through the immaculate and lively acting of a talented ensemble of cast. The acclaimed TV show first premiered on March 8, 2019, on Netflix, becoming an instant fan favorite upon its release. Praised for its portrayal of blood-and-flesh human characters, human follies, and human emotions, ‘After Life’ is one of those rare shows that alleviate grief through channelizing it. Since the pensive and powerful ending of season 2, fans are eagerly waiting for the release of the next season. Well, here is everything we know about ‘After Life’ season 3!

‘After Life’ season 2 premiered on April 24, 2020, on Netflix. The second season comprises six episodes with a runtime of 25 to 31 minutes per episode.

While Netflix is usually notorious for pulling the plug on TV shows after two seasons, the critical acclaim as well as the massive fan following of ‘After Life’ managed to revive the show for a third season. Earlier in May 2020, Gervais signed a multi-year deal with Netflix, breaking the “two seasons and done” record his other scripted projects hold. However, he also confirmed that season 3 is the last season of the black comedy drama. Netflix UK shared a pithy tweet confirming the return of Tony and his dog for a third haul.

NEWS: After Life will return for season 3.

Gervais confirmed penning the second draft in September 2020. The creator told in an interview that filming for the third season of ‘After Life’ will commence in April 2021. While Netflix is yet to announce an official release date, if the show concludes filming soon, we can expect ‘After Life’ season 3 to release sometime in late 2021. However, the looming presence of the Covid-19 pandemic is still a major threat to production, and it can cause some unforeseeable delay in the release. 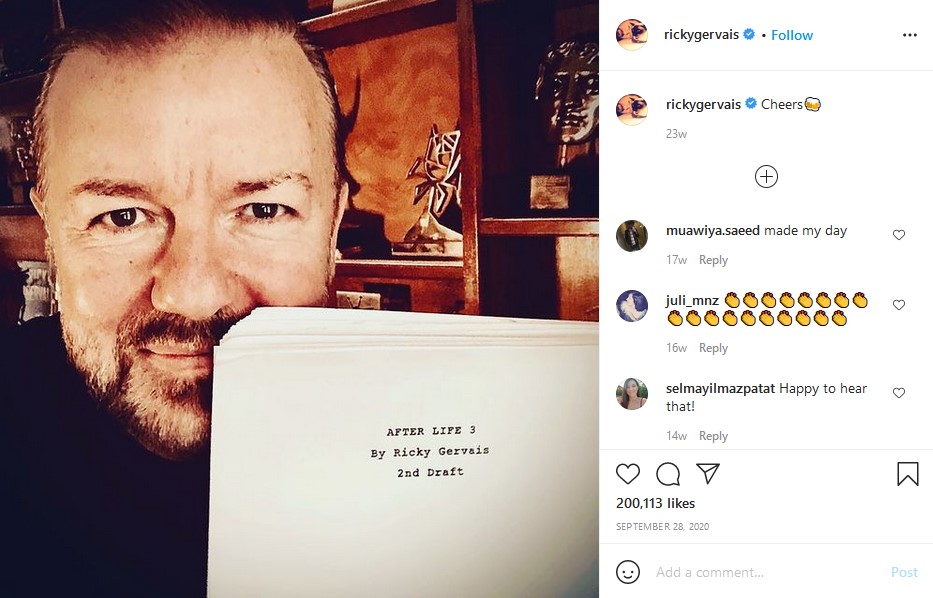 After Life Season 3 Cast: Who is in it?

In the much speculated third installment of the show, the audience may expect to see all their favorite cast members in their usual roles. In principle roles, we are sure to see Ricky Gervais as Tony Johnson, Tony Way as Lenny, Tom Basden as Matt, Ashley Jensen as Emma, Penelope Wilton as Anne, Joe Wilkinson as Postman Pat, David Earl as Brian, Mandeep Dhillon as Sandy, Roisin Conaty as Roxy, Jo Hartley as June, Ethan Lawrence as James, and Diane Morgan as Kath.

It is not yet apparent whether David Bradley will make a return in the show as Tony’s father Ray since the previous season ends with the news of his death. However, the audience may still see him through home video footage; a technique previously explored in the series to develop the backstory of Tony and his wife Lisa (Kerry Godliman).

Lisa is a central character in the story and will continue to be an integral part of Tony’s musings. The character of Paul (Peter Egan) was introduced in the previous season as a prospective love interest for Anne, and we may see more of him. We would also quite possibly see Andi as Tony’s dog, without whom the show would lose most of its charm.

After Life Plot: What can it be About?

The emotional rollercoaster ride of the second season ends with the news of Ray’s death, which proves to be yet another setback for Tony. After being diagnosed with dementia, Tony’s father was admitted to a care home where Tony visited him every day. Tony discloses to his colleagues that he had accepted the inevitability of his father’s death a long time back.

Still, as we know of Tony’s oscillation between moments of hope and despair, we wonder whether he will be able to combat another tragedy. In an additional conjecture, the finality of the season also sees Tony getting rejected by his father’s nurse Emma – for whom Tony was developing feelings – shortly after the funeral of his father. On the other hand, Tony’s brother-in-law Matt reunites with Jill in a contrasting event.

The final season may explore a number of possibilities and narrative strands that the previous season leaves open. Tony was starting to cope with the loss of his wife, but the fresh tragic blow will make it more difficult for Tony, and maybe he will get back to square one. Since it is the final season, the story may take several different directions. There’s also a chance that the story might be drawn to a close with the death of the central character, Tony, as is indicated by Gervais.