After Life Season 4: Renewed or Cancelled? 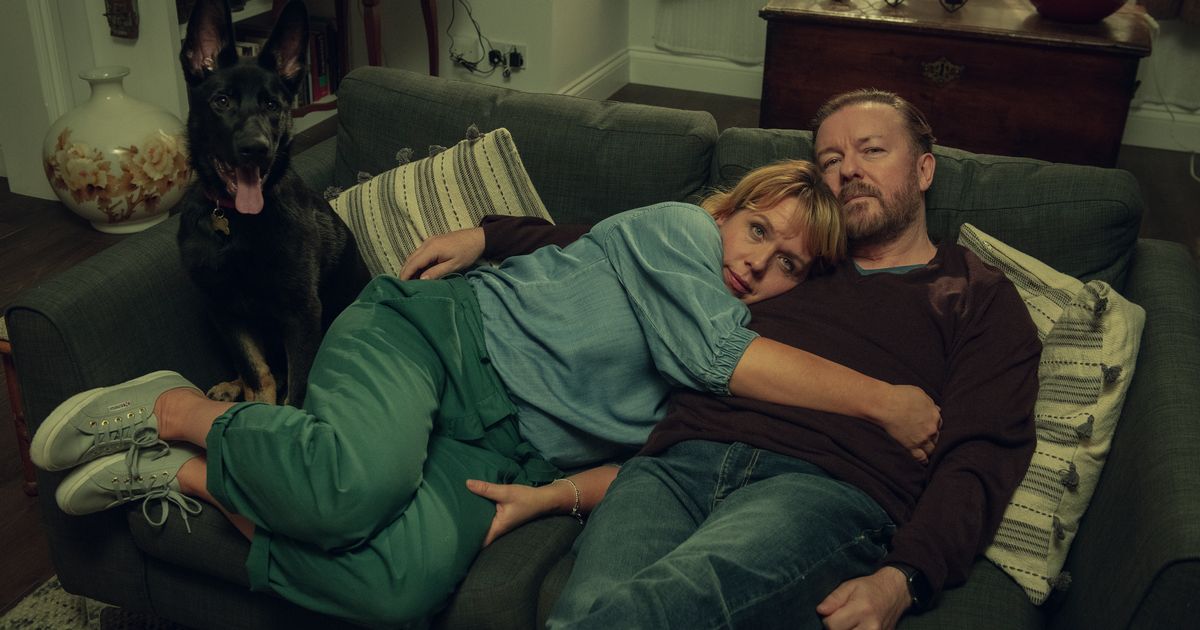 After Life’ is a comedy-drama series that revolves around Tony Johnson, a journalist and head features writer at the local newspaper in the fictional town of Tambury. He leads a largely happy life with his wife Lisa and dog Brandy. However, after Lisa’s death due to breast cancer, Tony’s grief takes him on a dark path. He is perpetually angry at the world, lives with depression, and has suicidal thoughts.

Since its premiere on March 8, 2019, ‘After Life’ has received mostly favorable reviews. Both the critics and fans have praised Ricky Gervais’ writing and direction as well as performance as the protagonist. The other members of the cast have also garnered positive feedback. Season 3 of the Netflix show has recently begun streaming on the platform. If you have already binged it and want to know whether there will be a season 4 of ‘After Life,’ we got you covered.

‘After Life’ season 3 premiered on January 14, 2022, on Netflix. Like the previous two seasons, season 3 comprises six episodes of 26-36-minute runtime.

As for season 4, this is what we know. Gervais is one of the most well-known comedians, comedy writers, and show creators in the world. Along with his long-time collaborator Stephen Merchant, Gervais created the immensely popular series ‘The Office’ (UK) and ‘Extras.’ By himself, Gervais made ‘Derek.’ However, none of these aforementioned shows were continued beyond two seasons. ‘After Life’ is an exception in that regard.

In May 2020, it was reported that Gervais had made an eight-figure multi-year deal with Netflix and would develop both scripted shows and stand-up specials for the streaming giant. ‘After Life’ season 3 was part of the deal. “I was planning to retire soon and just wander around the house drunk until I die, but I’ve grown a bit tired of doing that during the lockdown, and also Netflix made me an offer I couldn’t refuse,” ‘The Invention of Lying’ star said in an interview.

However, Gervais is quite adamant about stopping after the third season. “I’ve already made my mind up there won’t be a four,” he stated in a different interview. “And you do put those things out there to make you remember as it’s tempting but… there’s an old saying that ‘to lead the orchestra, you’ve got to turn your back on the audience.’ That’s true. The audience think they want another one, but they’re not sure. So you’ve got to be careful.” Since then, Netflix confirmed the news of the third installment being the show’s last.

The final season of Ricky Gervais' brilliant After Life premieres January 14 (and the dog does not die — promise!) pic.twitter.com/YmWkYvMiWs

The third season wraps up the series with an inevitable, albeit bittersweet, ending. Tony gains some semblance of control over his grief and actively attempts to be happy. However, Lisa (Kerry Godliman) remains an undeniable and eclipsing part of his life. As a result, his and Emma’s (Ashley Jensen) romance doesn’t arrive at a happy ending, and she begins a relationship with her college boyfriend.

In the show’s final sequence, Tony waves goodbye to Lenny and leaves with Brandy the Dog. As he walks through a field, Lisa briefly walks beside him before vanishing again. And then the dog disappears, and afterward, Tony himself. ‘After Life’ ends by once more underscoring its main themes of life, death, and everything in between. Considering these factors, it’s highly unlikely there will be an ‘After Life’ season 4, as just like all good things must end, this Ricky Gervais creation has also come to a conclusion.