Age of Empires IV: Everything We Know 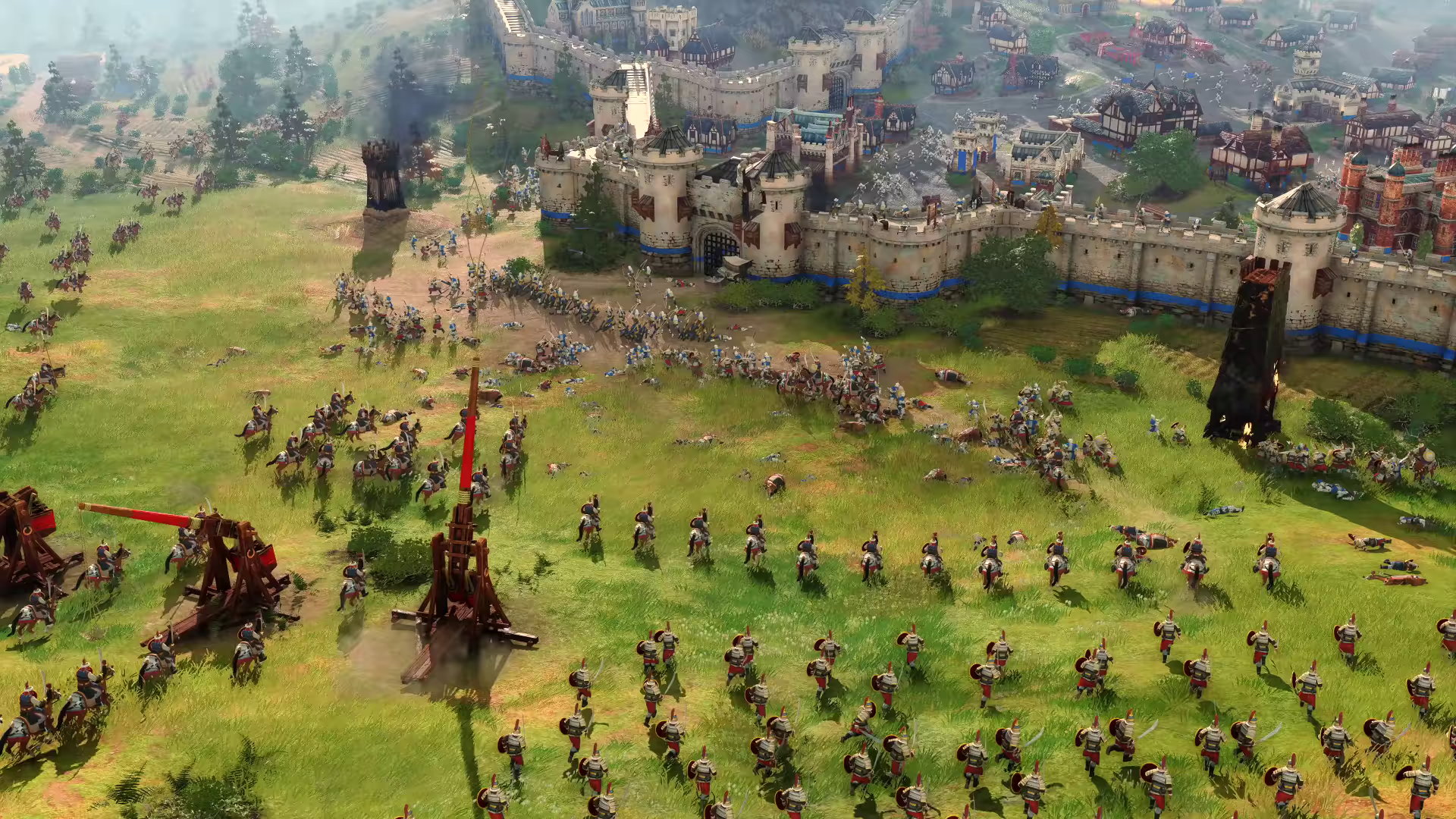 When it comes to historical influence and recognizability, the ‘Age of Empires’ series is in a league of its own. The rousing opening theme music by Stephen Rippy, the bad ass cover art and the fascinating historical settings captured the imaginations of gamers across generations, so much so that many of these games still boast an avidly dedicated fan base.

Considered by many to be the grandfather of Real Time Strategy games, the influence of the ‘Age of Empires’ game went far beyond video games; The games’ excellent campaign scenarios were how many people experienced history in a way they had never done before. They turned lifeless text inside of a dusty old book into a living, breathing expression of the kingdoms and battles of old. The release of the original ‘Age of Empires’ was a landmark moment in gaming history, and has since had a lasting influence in shaping the Real Time Strategy genre as we know it today.

The franchise made its debut with the seminal ‘Age of Empires’ in 1997, a Real Time Strategy game presented from a 2D isometric top down perspective. At the time, it was heavily inspired by games like Sid Meier’s Civilization’ series of Turn Based Strategy games and the original ‘Warcraft: Orcs & Humans’ Real Time Strategy game. The player’s objective was to guide a handful of hunter gatherers from the primitive Stone Age all the way through to the Iron Age.

To this, the player has to gather resources, build new buildings and units to expand your empire, research new technologies and go to battle with your enemies. ‘Age of Empires’ featured a fantastic Campaign mode that relived key parts of the history of the Egyptian, Greek, Babylonian and Yamato civilizations, as well as a Network play mode that allowed up to 8 players to face off against each other on a single map.

‘Age of Empires’ also got an expansion pack titled ‘Age of Empires: The Rise of Rome’ one year later. The expansion introduces 4 new civilizations to the game and follows the Roman Empire’s rise to glory and global domination.

While the original ‘Age of Empires’ was received very well for its time, the release of its sequel titled ‘Age of Empires II: The Age of Kings’ in 1999 is when the series truly rose to the ranks of video game legend. The game was set centuries after the first one during the middle ages and saw players progress their civilizations from the Dark Ages to the Imperial Age. ‘Age of Empires II: The Age of Kings’ was a worldwide sensation, topping sales charts in 7 different countries and earning the adulation of video game critics everywhere.

The game featured 5 gripping Campaign scenarios, including the Campaign of William Wallace, the Scottish freedom fighter made famous in popular culture by Mel Gibson’s Oscar winning movie ‘Braveheart’. Also featured are Joan of Arc, Sultan of the Saracens Saladin, Gengis Khan’s Mongols and Frederick Barbarossa’s Teutonic expeditions. Enhanced multiplayer support and functionality also made the game a staple of LAN parties for decades to come.

The original ‘Age of Empires’ trilogy concluded with the release of ‘Age of Empires III’ in 2005. The new game jumped forward a few more centuries into the future, this time set during 1421 A.D. – 1850 A.D. The game portrayed the European colonization of the Americas via a fictional storyline involving the Black family – Commander of the Knights of Saint John Morgan Black, his grandson John Black, and his granddaughter Amelia Black. The game introduced a number of new gameplay concepts and features, some of which were not very well received by long time series veterans. Nevertheless, ‘Age of Empires 3’ was a commercial success, as were its two expansions titled ‘Age of Empires III: The WarChiefs’ and ‘Age of Empires III: The Asian Dynasties’

Publisher Microsoft and developer Relic Entertainment have been extraordinarily reticent about any details regarding the upcoming ‘Age of Empires IV’. However, based on the trailer which featured Native Americans, British Redcoats, Romans, Japanese Samurai, Mongols and more, ‘Age of Empires IV’ may very well span multiple eras and geographies throughout history. The trailer also displayed more varied, undulating terrain, no doubt made possible by modern technology.

Age of Empires 4 Developers: Who Are The People Behind It?

The original Age of Empires games were developed by Ensemble Studios, who were unfortunately disbanded in 2009 by Microsoft. The upcoming ‘Age of Empires IV’ is being developed by Relic Entertainment, makers of other popular Real Time Strategy games like ‘Company of Heroes’ and “Dawn of War’. The game will be published by Microsoft Studios.

The soundtrack for ‘Age of Empires IV’ will be composed by Mikolai Stroinski, who is best known for composing music for 2015’s ‘The Witcher 3: Wild Hunt’.

Age of Empires 4 Release Date: When And Where Can I Play It?

Currently, there is no word on a release date for ‘Age of Empires IV’. Though, according to most estimates, it should release sometime in mid-2020. It has been confirmed that the game will launch exclusively for PC at the time of its launch.

You can watch the latest trailer for ‘Age of Empires IV’ right here: