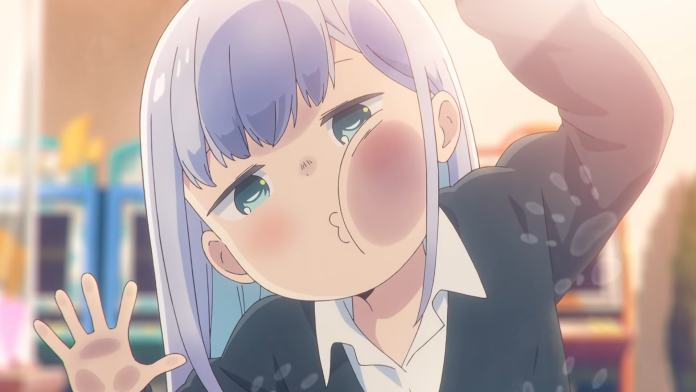 ‘Aharen-san wa Hakarenai’ also known as ‘Aharen-san Is Indecipherable’ is a romantic comedy anime that follows Matsuboshi Raidou, an introverted high schooler who just wants to get along with his classmates and make friends. Meanwhile, Reina Aharen also shares his sentiment, but her inability to be conscious of people’s personal space comes in her way of forming meaningful bonds with others. It is their peculiar nature that ultimately brings Aharen and Raidou together. However, their search for meaningful friendship unknowingly leads them to discover love.

Based on Asato Mizu’s manga series of the same name, the anime has received critics’ approbation for relaxed and engaging storytelling. But the poor character development has been criticized by some as well. However, the show has garnered a massive fan following, and the wholesome series continues to become more popular daily. Therefore, after the premiere of its season finale, fans naturally wish to know when the anime will return with another season. In case you are curious about the same, then we have got you covered.

‘Aharen-san wa Hakarenai’ season 1 premiered on April 2, 2022, and concluded after a two-month-long run on June 18, 2022. The first installment of the show comprises twelve episodes, each with a runtime of about 23-25 minutes.

Fans who are eagerly waiting for an update on the second season of the romantic comedy anime will probably have to wait a little longer. As of now, the anime has not been renewed by Felix Film. Furthermore, no one involved with the production of the show has officially commented on the show’s future. Therefore, the future of ‘Aharen-san Is Indecipherable’ relies heavily on factors like the availability of source material, ratings, popularity, and manga sales.

The show’s first season has adopted the first seven of the fourteen volumes of Asato Mizu’s ongoing manga series. Although there is enough material for yet another installment, the anime has failed to give a boost to manga sales. Luckily, the show has been regularly ranked as one of the most popular anime of the season by different online platforms. Moreover, it has also managed to garner a huge global fanbase and has received favorable reviews as well.

As of now, Studio Felix Film is officially committed to the production of ‘MF Ghost’ in 2023, which will naturally delay the return of the romantic comedy anime. Taking all the aforementioned factors into account, we can expect ‘Aharen-san wa Hakarenai’ season 2 to premiere sometime in early 2024.

Aharen-san wa Hakarenai Season 2 Plot: What It Can Be About?

Season 2 of the show will focus on Raidou and Aharen’s relationship as they start dating each other. The couple will be mostly at ease with each other, but they will face unexpected challenges that will test their relationship. However, fans can expect to see them relax on a beach in one of the episodes while they will also travel to an exotic place together. There will be romance and a lot of comedy, just like in the previous installment, so ‘Aharen-san wa Hakarenai’ season 2 is definitely going to be all that the fans expect, but they must be ready for surprises.