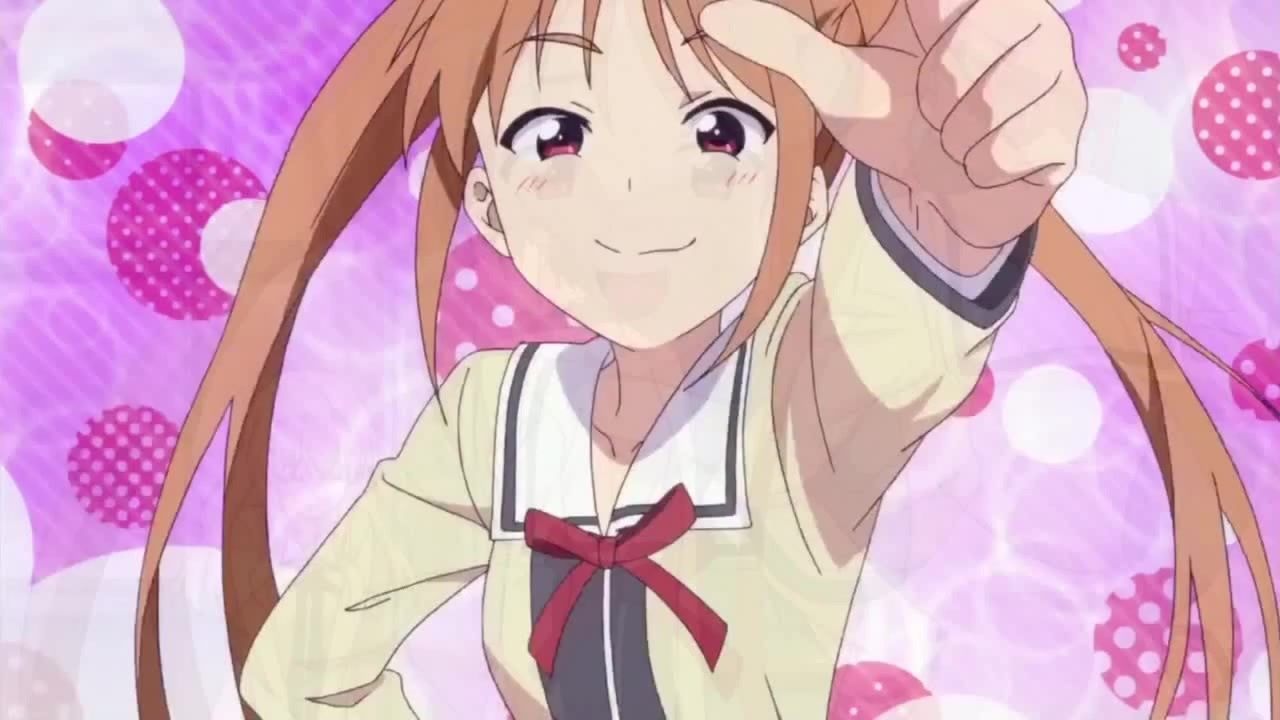 ‘Aho-Girl’ is an anime that screams for the attention of its viewers. Amongst other similar shows, this one waves and jumps around just to make sure that you give it a chance. This approach has not only made it noticeable but has helped it acquire quite a big fan following as well. After a few episodes itself, it becomes clear why some viewers have been smitten by it as it offers a lot of charm, energy and straightforward comedy that is suitable for everyone. The comedy side of it ventures deep into absurdness and at times, it goes so far that it completely abandons its slice-of-life roots. The problem with it is that instead of focusing on important things like an abusive relationship, it puts more emphasis on trivial things like low test results scores. But every once in a while, it comes up with a few sparks of genius comic references that force you to stay with it.

For a viewer, ‘Aho-girl’ can be really enjoyable if one is willing to leave behind his/her sense of logic. It is more like a series of enjoyable moments that have been loosely woven together to form a story. Even the art side of it is pretty good and is another element of the show that makes you stick around. Overall, if you’re into typical comedy shows that go beyond the boundaries of your regular silly anime, then ‘Aho-girl’ is the perfect show for you. But if you’re looking for something more than a character’s obsession with munching bananas, then you might want to go for some quality comedy anime like ‘Gintama‘ or ‘Clannad‘.

For those who really enjoyed the first season of the anime, you must be wondering if there is going to be another one anytime soon. Since the anime was released just two years ago, there is still a lot of hope for its renewal and we might have some really good news regarding this in the next section of the article.

Aho-Girl Season 2 Release Date: When will it premiere?

‘Aho-Girl’ Season 1 has 12 episodes and was first aired from July 4, 2017 to September 19, 2017. The first season became popular for all the goofiness and silly comedy that it offers but does it have a reason to return for a whole new season 2? The anime does follow the manga, its source material, but not in chronological order. Most of the events of the anime are just distributed in a very random order in comparison to the manga, which may or may not be favorable for a new season.

The Studio behind the anime has not made any official confirmations regarding its renewal. However, there may still be some hope since the show is not all that old. Most of it now just comes down to the overall sales of the anime and so far, it has been doing fairly well with its online streaming. If it continues to do better in the sales stratosphere, then we will probably see more of it in the future. As soon as we come to know about ‘Aho-Girl’ Season 2 release date, we will update this section.

You can watch ‘Aho Girl’ on Crunchyroll with its original Japanese audio and English subtitles.

Yoshiko Hanabatake is the dumbest kid in her high-school and is never able to get beyond zeroes when it comes to her grades. She is known for her dimwitted antics and also her strange obsession with bananas. Everyone close to her, including her mother, have lost all hopes from her and strongly believe that she will never be able to improve. Meanwhile, Akuru “A-kun” Akutsu is the only person who might be able to change Yoshiko for the better and is her only friend who keeps her sanity in check.

A-kun is sick of all the stupid acts of Yoshiko that he has to constantly deal with and being a top student of the school, he engrosses himself completely in his studies, unlike her. But he does not think twice when it comes to ending her absurd acts of silliness and even uses physical force when necessary. But even after trying so hard to knock some sense into her, Yoshiko never seems to improve and somehow finds a way to get back to her crazy antics. She even manages to drag in a few other eccentrics like her into her childish acts. Each and every moment with Yoshiko is unpredictable and at times, A-kun must get out of his own comfort zone just to bring an end to Yoshiko’s nonsense.

Akuru Akutsu is one of the main characters the show who is a very bright high school student. He is one of the smartest students in his batch and always has to deal with the stupid antics of his childhood friend. He has short straight black hair and intense looking brown eyes. He is usually seen in his school uniform and unlike Yoshika, he has a very serious expression on his face almost all the time. He is only interested in studies and works really hard to get the best grades. But unwillingly, he is dragged into the mischievous antics of Yoshika and in the end, he is the only one who can bring an end to them.

He is very straight forward and does not think twice before passing rude comments to those around him. He openly expresses his hate towards Yoshika and her disgraceful acts of stupidity and does not hesitate from resorting to physical violence to bring an end to her nonsense. Because of his abrasive personality, he only has a few friends and is considered to be anti-social by everyone in the school. He only gets along with Sayaka and Dog who are pretty much the only sensible people in school according to him.

Yoshika Hanabatake is the main protagonist of the show who is a complete idiot. She is a cute young girl who has long waist length brown hair. She ties them up in two twin ponytails with forelocks near her reddish-brown eyes. She has a thing for Akuru and that’s why she tries to dress up really well just to impress him. But despite this, Akuru really despises her and hates her for all the stupid things she does. At one point of time, she even begs him to be her boyfriend. Akuru gets so pissed off by her stupid idiotic antics that he even punches her once and sends her flying off in the air. She often sets the worst first impression because of her eccentric personality and her social life really suffers because of this.

She is extremely perverted and often tries to sneak into Akuru’s room just to sleep with him. She also finds her way into the boy’s room to get a peek at Akuru. As a child, she used to show incredible feats of strength despite her petite stature. She would even carry Akuru over her head with little or no effort. She has really fast reflexes and in one instance, she is shown jumping from one balcony to another like a pro.

Ruri Akutsu is Akuru Akutsu’s younger sister. She has medium length blue hair that is tied up with yellow colored smiley star pins and her eyes are brown in color. Just like her brother, she is a very hardworking elementary school student who is determined to make something of her life. But despite her consistent efforts, she’s never able to truly succeed and ends up promoting herself as an idiot, just like Yashiko Hanabatake. Like her brother, she hates Yashiko but is also scared that someday, she will end up becoming just like her. When it comes to basic common sense, Ruri is still way ahead of Yashiko but it’s her sporadic childish behavior that embarrasses her at times.

Her brother has really low expectations of her and often tells her that it’s okay to be a failure. She hates it when he does this and tries to ignore him when he says such things. Out of all the people in school, Sayaka is the only person who truly encourages Ruri and that is one big reason why she prefers her company over Yashiko’s. She looks up to her as an elder sister and always seeks her when she needs help.