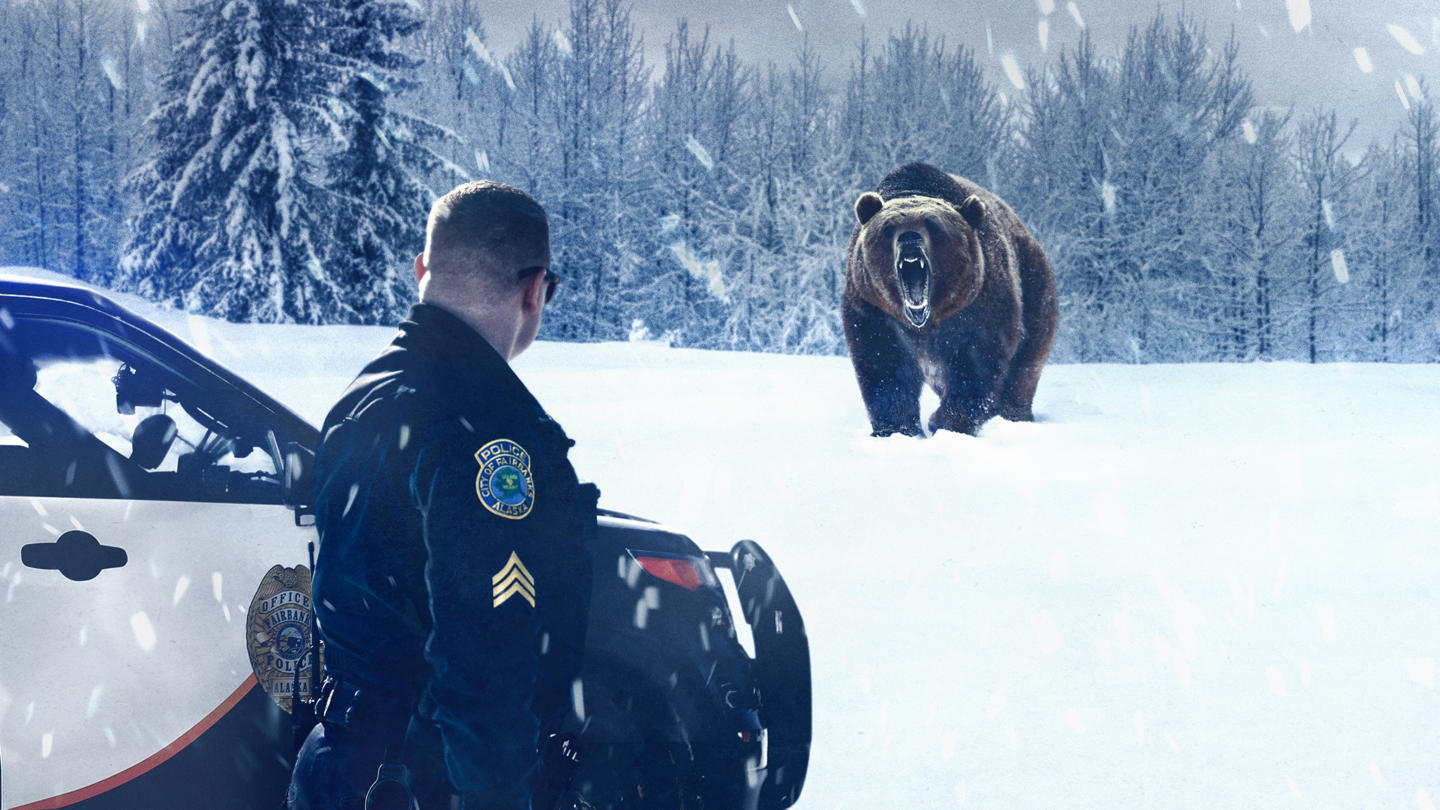 ‘Alaska PD’ is a docu-series that takes the viewers to America’s Last Frontier, showcasing how the police officers enforce the law, in the state that faces one of the most violent crimes in the country. The officers fight not only the increasing crime rates but also the life-threatening atmospheric conditions and aggressive wild animals. The series follows the operations in places like Fairbanks, Kotzebue, Kodiak, and Petersburg.

Alaska is known as the state of enormous diversity and mystery. However, it is no secret that Alaskans have to face a lot of difficulties when it comes to dealing with violent crimes, sexual assault cases, and damages caused by the creatures of the wild. It has also been stated that at least 70 villages in Alaska, most of which are home to Alaskan natives, face a shortage of local police.

‘Alaska PD’ has been created for A&E Network by Elaine Frontain Bryant, Amy Savitsky and Peter Tarshis. The first season was officially announced on November 19, 2019, and then released in January 2020. The reality series managed to create a lot of hype because of its authentic approach to real-life crime-fighting. Hence, it’s no surprise that it received positive reviews for the inaugural installment. So, what about its future? Read on to know everything about ‘Alaska PD’ season 2.

Alaska PD Season 2 Release Date: When will it premiere?

‘Alaska PD’ season 1 premiered on January 1, 2020, on A&E. ‘Alaska PD’ was initially reported to be a two-night premiere, with the second episode scheduled for a release on January 2, 2020. The release of episode 2 was later shifted to January 9, 2020. And other episodes of ‘Alaska PD’ season 1 aired every Thursday at 9 pm ET/PT. After spanning seven episodes, it ended on February 13, 2o2o. You can watch all the episodes on A&E.

A&E has not come up with an official announcement for a new season yet. But we do know that most of the true-crime shows on this platform have continued for multiple seasons. So, if the creators of ‘Alaska PD’ decide to follow suit, we don’t see any reason why it should not be recommissioned once again. If renewed, our best guess is that ‘Alaska PD’ season 2 should premiere sometime in January 2021.

Alaska PD Cast: Who is in it?

Since it’s a reality docu-series, all the characters play themselves. ‘Alaska PD’ features Kodiak’s only female officer, Jaime Ramos, as she encounters a vicious Kodiak bear. The show also stars Fairbanks officer Gerrit Butler. Officer Butler is a former MMA professional who takes down a martial art practicing suspect.

The show sees Sgt. Norman Hughes, solving a domestic violence case while officer Robert Odom encounters the dangers of working as a lone ranger. Sgt. Meredith is on a quest to catch the Pizza Van Carjacker, who is on the run in the city.

Talking about the filming experience, Petersburg police chief Jim Kerr said during an interview with radio station KFSK, “Like everyone you have start feeling comfortable being around cameras and knowing that you’re being recorded and watched.” He added, “I mean in law enforcement you’re watched all the time and judged every day and so this just added another layer on top of that knowing that it’s going to be seen throughout the country.” He also stated that the show aids in recruiting police officers at a time of shortage.

Officer Louis Waechter spoke about the convenience during filming the arrest scenes in the same interview, saying, “We had a few arrests while they here and a few good cases while they were here. I think what’s going to kind of be interesting to see is the caliber of people that were arrested here versus other places. They were telling me about a guy in Fairbanks that got into a fight with the police and that night I had to arrest somebody and all I had to do is ask him to get in the back of the police car. So, I think it’s definitely going to show the quality of people we have here in Petersburg, even our criminals are pretty nice people by comparison.”

When season 2 happens, we expect most of the above officials to make a comeback.

What is Alaska PD about?

Alaska is known as The Last Frontier of America for its craggy landscape, unpredictably cold climate, and its distance from the other states. More than one-third of all the communities in the state do not have police, and the jobs pay such low remuneration, that only criminals, sexual offenders, and convicts sign up for the post.

‘Alaska PD’ chronicles the daily lives of the police officers in four departments – Fairbanks, Kotzebue, Kodiak, and Petersburg. Carrying a gun is a part of the everyday life of the locals, and therefore the police are put in a state of vulnerability when they are out fighting crime. The show documents the undertakings of an understaffed police force, as they turn to Lower 48 to fight an ever-increasing crime rate. The recruits go through rigorous training, as they learn how different the enforcement of regulations is in Alaska.

They face numerous dangers in the process, not just from the ones who want to break free from the restraints of the society but also from the predators who wreak havoc in the communities, all the while braving the side-effects of unpleasant weather conditions. In season 2, we expect the show to follow the same premise while chronicling the different hardships of Alaska’s daring law-enforcement officials.

Check out official sneak peak of ‘Alaska PD’ season 1 below!