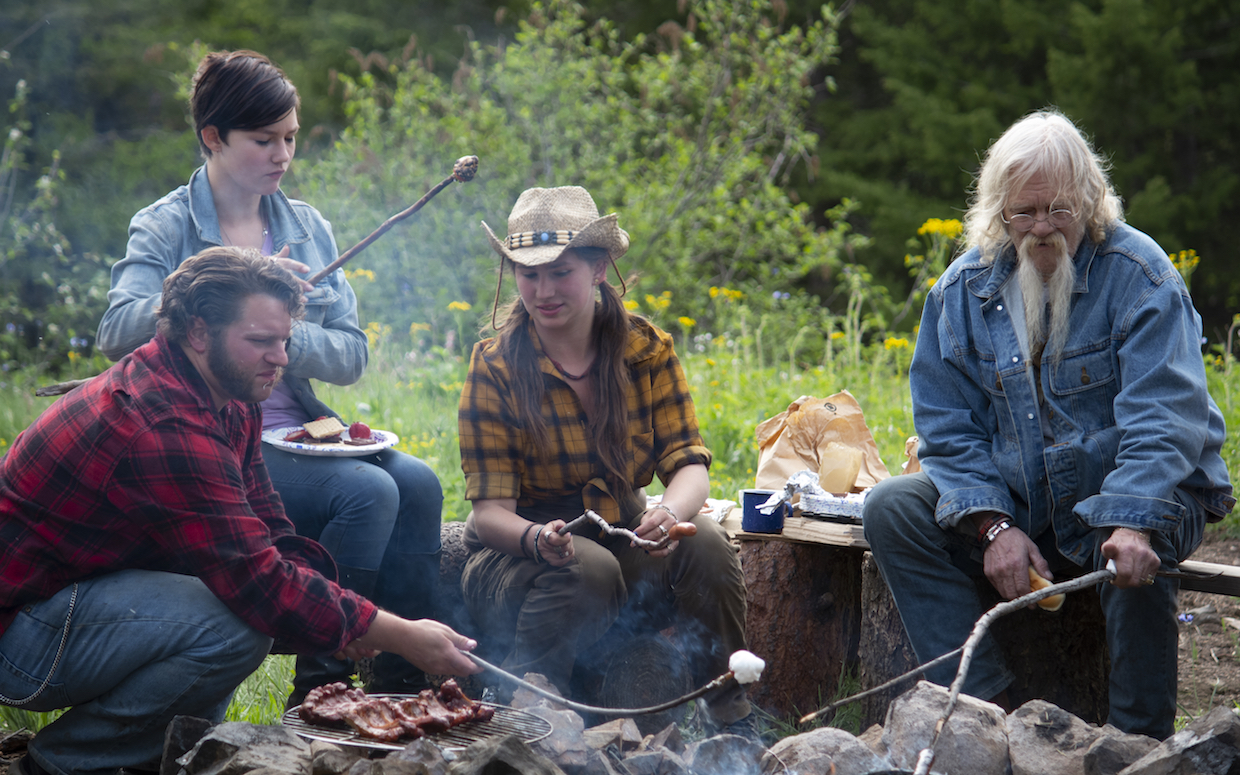 ‘Alaskan Bush People’ is a reality tv series that airs on the Discovery Channel. It revolves around the Browns, an extended family that lives in the Alaskan wilderness. The show documents their challenges as they attempt to survive in the robust land, prone to freezing temperatures and natural hazards.

The series originally premiered on May 6, 2014. Across the seasons, it has been filmed in Hoonah, Alaska; Chichagof Island, and Okanogan County, Washington. Owing to its incredible concept of documenting a family that lives detached from contemporary society, the show has seen 11 remarkable seasons to date. With the last season having concluded in January 2020, fans are curious to know about the show’s near future. Here’s everything we know about ‘Alaskan Bush People’ season 12.

‘Alaskan Bush People’ season 11 premiered on December 4, 2019, on Discovery Channel. After airing for eight episodes, it concluded on January 29, 2020. You can watch all its episodes on Discovery Go as well. Almost immediately thereafter, the show was renewed for its next edition. And on August 3, 2020, Discovery announced its release date. ‘Alaskan Bush People’ season 12 will premiere on August 23, 2020, at 8 pm ET/PT.

The primary cast of ‘Alaskan Bush People’ comprises the Brown family members. The patriarch is Billy Brown and the matriarch is Ami Brown. Joining them are their sons Matt Brown, Bam Bam Brown, Bear Brown, Gabe Brown, and Noah Brown. The Brown daughters are Birdy and Rainy. Noah’s wife is Rhain Alicia and the couple’s son is Elijah Connor Brown. Rounding up the cast is Gabe’s wife Raquell Rose Pantilla. Season 12 will continue to chronicle the lives of the aforementioned family members.

What Can Alaskan Bush People Season 12 be About?

‘Alaskan Bush People’ is centered around the Brown family who decides to live life off the grid after moving to Alaska. In fact, they have lived in the wilderness for almost four decades. However, from season 8, the Browns are seen in the lower 48 after Amy receives a diagnosis of advanced lung cancer. As a result, the clan moves to land atop a mountain in Okanogan County, Washington. Here, they decide to build their own sustainable homes while caring for their individual families. Across the seasons, we have also seen the clan going through some major changes. Matt Brown leaves for California in season 8 to undergo treatment for his alcohol addiction.

Season 11 chronicles the journey of the Browns as they build a self-sustaining ranch in Washington State. One of the major challenges is how they carry water to the ranch. They do manage to acquire a windmill, which would pump water and supply it to the members and the animals. In the 11th season, we also see Gabe tying the knot with Raquell Rose Pantilla and announcing that the couple is expecting a baby. Of course, apart from these developments, the Browns are also seen tackling predators that often prowl around the ranch because of its housed animals. However, toward the end, the finale concludes on a really gloomy note. Billy receives a serious bit of news about his health.

Season 12 has several surprises in store for the Browns. The family struggles to build the “centerpiece to their growing ranch during the worst winter conditions since leaving Alaska. As the family struggles to protect themselves, their animals, and critical infrastructure from the extreme freeze, a new member enters the family as brother Gabe welcomes his first child to the wilderness” — as outlined by Discovery’s press release. Amidst Billy’s health concerns, the kids get together to complete the construction of a two-story cabin that will serve as the home for Billy, Ami, Noah, Rhain Alisha, Eli, Gabe, Raquell, and their new baby. Gabe needs to embrace his responsibilities as a dad while Bear copes with a devastating breakup. Noah sets up the family’s first tractor snowplow and Bird hones her leather-crafting skills.

Here’s a sneak peek from season 12!

Read More: Where Are the Alaskan Bush People Now?