Will There be an Alex Inc Season 2 or is it Cancelled? 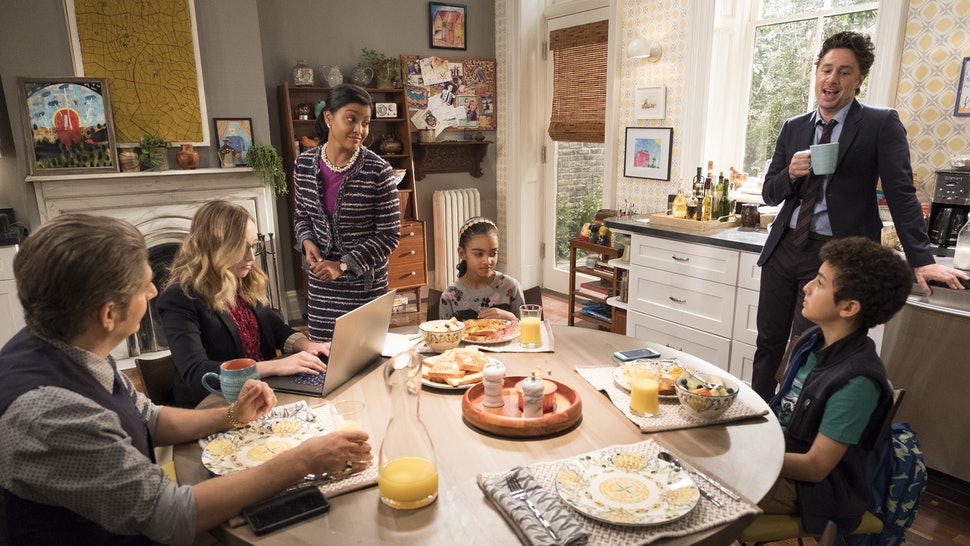 ‘Alex, Inc.’ is an American comedy-drama which originally debuted on ABC in 2018. Created by Matt Tarses, its 10-episode first season is a multi-starrer sitcom with an average run of 22 minutes per episode. The plot of the series revolves around the lives of Alex and his family, where the former quits his job to start his netcast or podcast company.

Based on the entrepreneurial podcast titled ‘StartUp’, ‘Alex, Inc.’ is produced by Two Soup Production(s), Davis Entertainment, ABC Studios, and Sony Picture Television. It introduces us to a talented radio journalist, Alex Schuman, who is a responsible soul in his family. He plays two critical roles in life, one of a husband and the other of a father to two children. In season 1, he is married to a Bengali woman and has two mixed-race kids.

To an ordinary person, Alex Schuman has everything. He has a successful career and his wife, Meheroon aka Rooni, is a smart, confident, and prominent public defender. Even his kids Ben and Soraya are talented, brilliant, and quirky. But Alex is unhappy and in the midst of a mid-life crisis. After years of slogging toward creating content that is meaningless and does not allow him to explore his creativity, Alex quits. He decides to risk everything, which includes even his savings, in order to launch his own start-up.

‘Alex, Inc.’ season 1 premiered on ABC on March 28, 2018. After airing for 10 episodes, it concluded on May 16, 2018. The family sitcom, which chronicles its protagonist Alex’s entrepreneurial struggles and his relationship with his supportive wife and two children, did offer a promising start.

However, after its release, ‘Alex, Inc.’ managed to attract a lackluster 3.4 million total viewers, which did not go down well with ABC. With only a 0.85 rating in the 18-49 demographic, it was decided that the show would be canceled after its first season.

The average rating as per IMDB is 5+ out of 10. On Rotten Tomatoes, the show just got 40% approval. The last episode of the show titled ‘The Rube Goldberg Contraption’ aired on May 16, 2018. As the series ended, ABC decided it would not construct a new season with the same plot. Hence, along with other series on ABC like ‘Quantico‘, ‘The Mayor‘, ‘Designated Survivor‘, and ‘Ten Days in the Valley‘, ‘Alex Inc.’ season 2 stands officially canceled and won’t be making a comeback on the network.

Alex Schuman, a radio journalist, is played by Zach Braff, a well-known star, known for his acting, production, screenwriting and directing skills. Braff’s notable acting credits include appearances in ‘The Broken Hearts Club: A Romantic Comedy’, ‘The Last Kiss’, ‘The Ex’, and ‘In Dubious Battle’. Additionally, he has served as a voiceover artist in ‘Chicken Little’, and ‘Oz the Great and Powerful’. His character Alex struggles to establish his own podcast company at the age of 37 years while running the risk of destroying his life and his family’s security.

There is Arunmia (Rooni Schuman) who is the wife of Alex Schuman. She is a Bengali from the Indian community and is a mother of two Bengali-American kids (Ben and Soraya). She practices law as her profession. Rooni is highly dedicated to her professional life and is completely devoted to her family. Tica Sircar, a known American actress, plays this role.

Next we meet Deirdre, the producer at Alex’s old work field. She leaves her previous job to join Alex in his new podcast firm. The role is played by Hillary Anne Mathews, an American Actress.

Ben Schuman, Alex’s and Rooni’s 12-year-old son, is played by Elisha Henig. Soraya Schuman, the youngest member of the Schuman family at eight years old, is played by Audyssie James. Eddie LaGuzza, played by Michael Imperioli, is an older cousin to Alex. He is a businessman who is asked to be an investor by Alex in his podcast company. Alex and Eddie are almost like siblings; they fight, converse and have conflicting opinions.

Other characters in the show are Joya (Anjali Bhimani), mother-in-law to Alex and Rosalba (Laura Patalano), the Schuman family’s nanny.

You can watch the official trailer for ‘Alex, Inc.’ season 1 below. You can also head to ABC if you wish to catch up on all the previous episodes from the series.