Alex Rider Season 2: Everything We Know 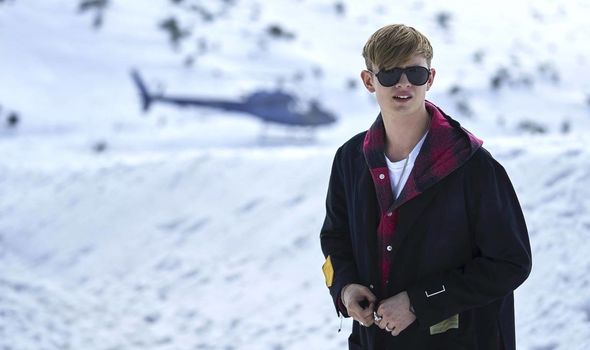 Sony Picture TV’s ‘Alex Rider’ is a story about an orphan turned teen super-spy who is determined to save the world as an undercover agent. Excluding the narrative of Anthony Horowitz’s first novel “Stormbreaker”, the first season entails the plotline of the second book titled “Point Blanc.” After Alex Rider’s uncle dies under suspicious circumstances, MI6 recruits him under the Department of Special Operations for his assistance in a top-secret mission. The teenager, after undergoing a rigorous training that completely transforms his youth, is sent to infiltrate the exclusive Point Blanc Academy.

Once he starts spending more and more time together with his schoolmates, he instinctively knows that something is terribly wrong. He can almost sense someone working out a nefarious plot through the thick walls of the well-protected school. The adrenaline rush that the audience experiences after watching the first season of the series have triggered them to ask for more! To the elation of the fans, Sony Pictures International has decided to produce a follow-up to this year’s debut season. Here’s all we know about it.

Usually, a pilot episode is first released in order to give its viewers a glimpse of the series. But this was not the case with Alex Rider as it already had a dedicated fanbase even before the web series came out. Thus, the entire first season, comprising of eight episodes, was premiered on June 4, 2020, on Amazon Prime Video in the United Kingdom.

As eager as we are about this thriller and action fiction getting a second season renewal, all that can be said at this time is that it will surely happen shortly. In all likelihood, the filming will begin in the last part of the year 2020 but this is just speculation. Undoubtedly, a second season is on its way as Anthony Horowitz, who also the executive producer of this show, told a news website that from what he could envisage, the series could “run and run” into further future seasons. He also forewarned his loyal fanbase to not “forget that there are twelve more books, if it works it’s a TV show that can run and run until poor Otto will be in his late forties!”

Considering everything, we expect Alex Rider Season 2 to release sometime in 2022.

Alex Rider Season 2 Cast: Who is in it?

Season 2 will see the return of the entire main cast namely, Otto Farrant as the eponymous character, Game of Thrones fame Brenock O’Connor as Alex Rider’s friend Tom Harris, Vicky McClure as Mrs. Jones who becomes Alex’s professional guardian, and Stephen Dillane playing the part of Alan Brunt, the chief executive of the Special Operations division of MI6, Haluk Bilginer as the lead villain of the series named Dr. Hugo Grief. Other characters who play an important role in the storyline are Jack Starbright, being played by Ronke Adekoluejo, as the protagonist’s primary mentor and Eva Stellenbosch, the one who introduces Alex Rider to his classmates is a small but significant role being played by Ana Ularu.

Alex Rider Season 2 Plot: What can it be About?

Towards the end of the first season, we find out that the mysterious assassin that Alex Rider had been chasing to find and kill is Yassen Gregorovich. He is a Russian born contract killer and a recurring villain in the Alex Rider series. He works for a terrorist organization called SCORPIO which is a mnemonic for Sabotage, CORruPtion, Intelligence, and Assassination. It is a group run by a board of ex-spies to carry out their orders. Alex busts their plan by unmasking his clone. The series ends a sniper killing Alex Rider’s clone, and we know that it is Yassen and so, it cannot be as good as it seems at the moment.

In all possibility, the second season might follow the plotline of Anthony Horowitz’s third book called “Skeleton Key”. The protagonist runs the risk of being killing for wrecking the Wimbledon tennis tournament and is thus, forced to flee the country. Accompanied by two CIA agents who believe him to be incompetent, he meets a former Soviet general, Alexei Sarov, who has heinous plans to rule over the entire world. To achieve his ends, Alexei even tries to adopt Alex Rider.

The chances of the creative team picking up another book from the collection cannot be ruled out since they already started the web series with the second book in line. It would certainly not come as a shock even if the writers decide to change the narrative completely or only loosely base it on the novel. Whatever the case might be, the series has won critical praise and public approval for its first season and we all can only wait to find out what the next one will bring!