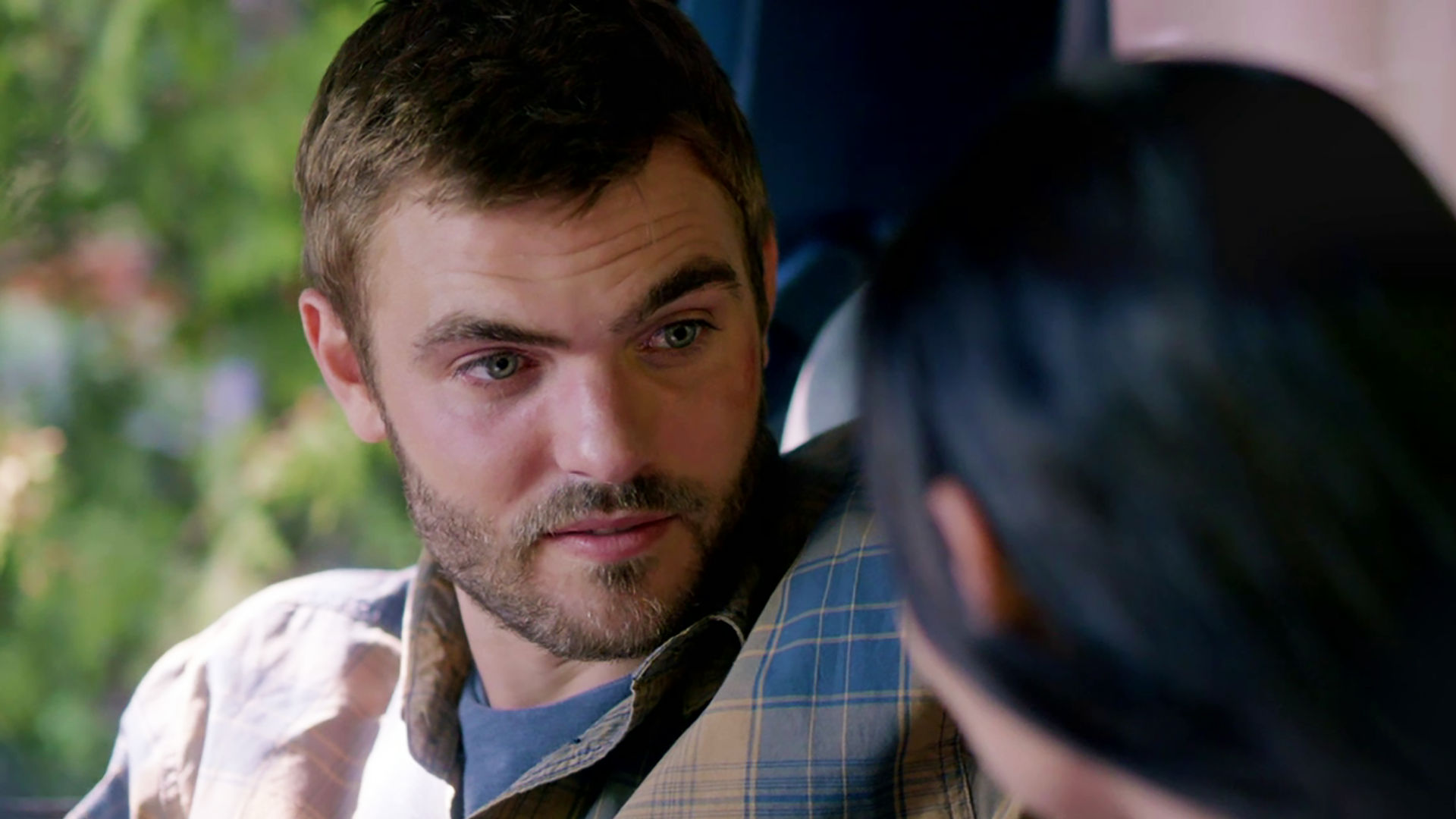 Born in London as the son of a ballet dancer mother, Alex Roe attended his first audition when he was a 10-year-old boy. The first attempt ended well as the young actor landed the role of Antichrist alongside actress Laura Harris in the horror film ‘The Calling’ in 2000. It took him five years to return with a major character. He played the role of Jay Keaton in seven episodes of the sci-fi drama series for kids, ‘The Fugitives.’ Ironically, Alex’s heart picked up football as its first love. “I played semi-pro at Chalfont St. Peter but it’s so hard to become a pro footballer — I think there’s even more competition than acting,” he said in an interview with the Evening Standard. “It was a real learning curve realizing that it probably wasn’t going to happen.”

Meanwhile, his interest in football earned him a scholarship to enroll in the prestigious Latymer Upper School in Hammersmith where destiny touched him once again. School production of ‘Our Country’s Good’ turned his luck on its head when actress Jennifer Saunders noticed the young talent. Soon, she found the performer among the students and encouraged him to take part in an audition for the television comedy series ‘Jam and Jerusalem.’ Alex cleared the audition and it landed him a career-defining role in 2009. The success of the series helped the actor to earn more roles in television.

In the next year, Alex was cast in the BBC miniseries ‘The Cut,’ in which he played the character of Elliott Gerald Baden, a celebrity swimmer. Though he wanted to join a drama school after his stint with ‘The Cut,’ a slew of guest roles such as Connor Lane in ‘Holby City,’ Matt Goonan in ‘Doctors,’ Toby in ‘Hollyoaks’ and Schoolboy in ‘The Jury’ encouraged the actor to hold on and keep trying for more roles. His big break in the American television came with the lead role of Luke Holt in the ABC drama ‘Unstrung.’ The success of the TV movie prompted the actor to move to Los Angeles. The change helped Alex to land more roles in Hollywood films alongside major stars.

In 2016, Alex played his first lead role in a Hollywood flick with the sci-fi movie ‘The 5th Wave.’ He played the role of Evan Walker alongside Chloë Grace Moretz, Nick Robinson, Ron Livingston, and Maggie Siff in the movie by director J. Blakeson. In the next year, he played the lead role in the psychological horror flick directed by F. Javier Gutiérrez. Loosely based on the Japanese novel ‘Spiral’ by Kôji Suzuki,’ the film is the third installment in the ‘The Ring’ film franchise, following ‘The Ring’ (2002) and ‘The Ring Two’ (2005). While Alex’s performance as the character of Holt Anthony earned him critical praise, the movie went on to become a commercial success.

Roe’s next outing was the coming-of-age drama feature ‘Hot Summer Nights,’ written and directed by Elijah Bynum. The actor played the role of Hunter Strawberry in the film alongside Timothée Chalamet and Maika Monroe. ‘Hot Summer Nights’ premiered at the South by Southwest festival in 2017 and met with mixed reviews. In the same year, he played the lead in the romantic comedy ‘Forever My Girl.’ He reportedly learned to sing for the role of a vocalist in the film. At this point you must be wondering what is the next Alex Roe movie or TV show? Well, here’s the list of upcoming Alex Roe films and TV shows scheduled to release in 2019 and 2020. We can only hope that the latest Alex Roe movies would be as good as some of his recent ones. 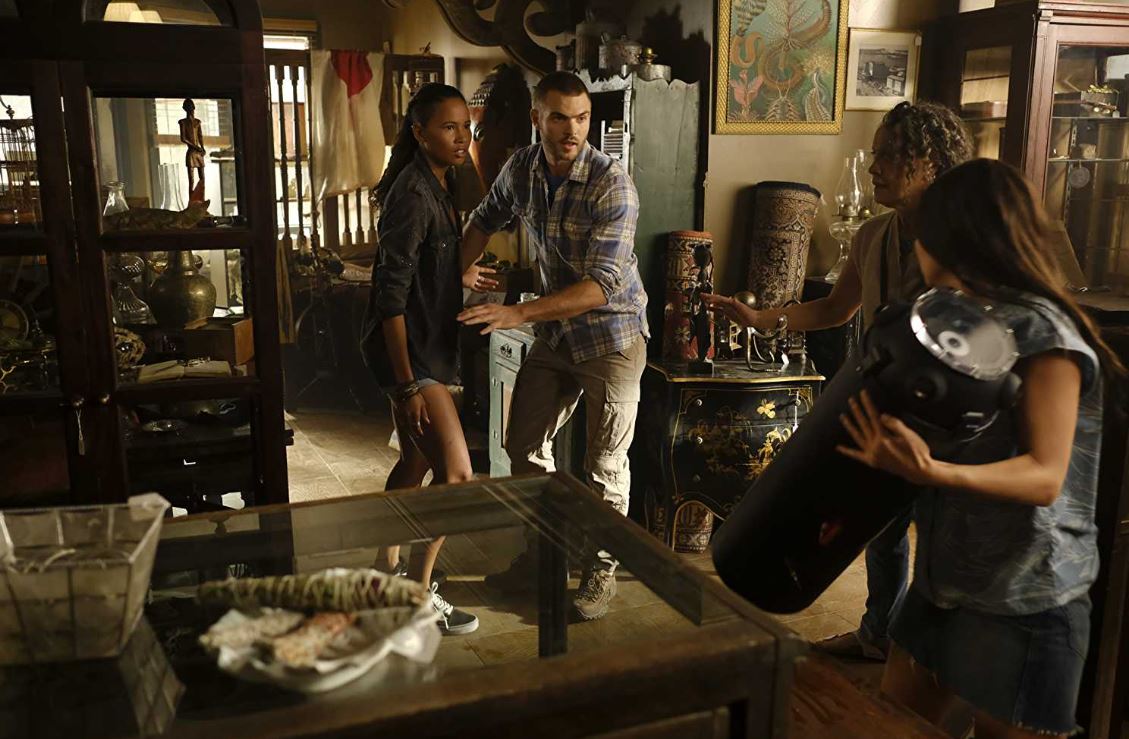 ‘Siren’ is a path-breaking fantasy series from Freeform which caught the curiosity of critics and viewers alike with its two-season run. Based on the mermaid story ‘The Deep’ by Eric Wald and Dean White, the series is set in the seaward town of Bristol Cove whose air is full of mermaid legends. Though the town has been known as the home of mermaids, the townspeople have never seen an original mermaid. Their lives turn upside down when a real-life mermaid comes to land in search of her missing sister.

Ryn Fisher (Eline Powell) is a beautiful young mermaid who desperately searches for her sister who has been captured by the fisherman of a vessel called North Star. In fact, Donna (Sibongile Mlambo), Ryn’s sister and a mermaid, was trapped by the military and later died at the hands of Xander (Ian Verdun), a deep-sea fisherman. While Ryn struggles to cope up with the ways of the humans on land, her hypnotic siren lures Ben Pownall (Alex Roe), a marine biologist. He falls head over heels in love with the mermaid and helps her in the investigation. Along with Ben’s girlfriend and fellow marine biologist Madeline Bishop (Fola Evans-Akingbola), they dig deep into the mystery of the disappearance of Donna, and the trio develop a polyamorous relationship. However, things take a turn for the worse when an attack on the oil rig escalates the tension between the mermaids and the townspeople.

Created by Eric Wald and Dean White, the series also features Rena Owen as Helen, an eccentric woman who harbors secrets and has a mysterious past, Ron Yuan as Aldon Decker, Curtis Lum as Calvin Lee, and Gil Birmingham as Dale Bishop, among others. The 10-episode first season premiered on Freeform in March 2018. After the second season went on to become a huge success and a fan-favorite, the network renewed ‘Siren’ for a 16-episode second season which premiered in January 2019.

In May 2019, Freeform renewed the series for a third season, which is currently under production. According to the latest reports, season 3, which is expected to be aired in 2020, will shed light on the dark secret that Helen uncovers and its connection with the future of mermaids. As the tagline for the second season reads, “the deeper the history, the darker the pain,” the upcoming season is expected to keep the fans on the edge of their seats.