When Will Alexa & Katie Season 3 Return to Netflix? 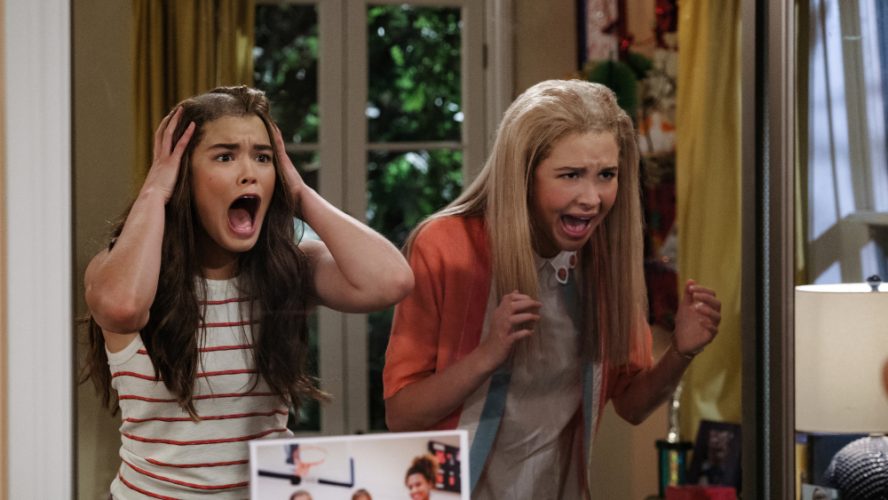 ‘Alexa & Katie’ is an American sitcom web television series that is available on Netflix. Created by Heather Wordham and with Matthew Carlson serving as the showrunner, the sitcom follows the lives of long-standing best friends Alexa and Katie as they start their freshman year of high school.

Season 1 of ‘Alexa & Katie’, consisting of 13 episodes, premiered on March 23, 2018, and was received well by television critics and viewers alike. Unsurprisingly, Netflix wasted no time in renewing the show, and Season 2, consisting of 10 episodes, premiered a few months later in December 2018 — followed by the third season that debuted with its first part in December 2019. Now, season 3 is all set to release the next half of its episodes. Read on for more details.

Paris Berelc plays the role of Alexa, an ambitious basketball player who is afflicted with cancer. Despite her illness, Alexa is a rebellious individual who believes in living life to the fullest and despises the sympathy she gets for her disease. Alexa’s best friend, Katie, is played by Isabel May. Quirky, awkward, and having a love for theatre, Katie is an extremely supportive person who stands by all of Alexa’s impulsive decisions.

Additionally, the show has several recurring cast members and a considerable number of guest stars. Season 3 sees the return of all the lead cast members, which include Tiffani Thiessen, Eddie Shin, Jolie Jenkins, Jack Griffo, Emery Kelly, and Finn Carr, and of course, the protagonists, Paris Berelc and Isabel May.

Alexa & Katie Season 3 Plot: What is it About?

As the name of the show suggests, ‘Alexa & Katie’ is about the friendship between best friends Alexa and Katie, which takes on new dimensions after it is discovered that Alexa has cancer.

The show starts off at a time when Alexa and Katie are fresh into their freshman year of high school. At this crucial juncture of her life, Alexa discovers that she has cancer, and decides to undergo treatment. Although she tries to hide the fact from the rest of her classmates, her hair starts to fall off as a result of chemotherapy. However, with the help of Katie and a wig, Alexa manages to keep her secret at bay, at least for a while.

Despite having a life-destroying disease, Alexa remains determined to live her life to the fullest and keeps on taking impressive strides in her school basketball team. Katie, meanwhile, faces a tough time and is terrified of losing her best friend forever. However, she does her best to stick by Alexa, and the two best friends face whatever life has to throw at them together. Apart from this heartwarming relationship between the two, the show also shows how Alexa’s cancer affects her parents, Dave and Lori, and her brother Lucas.

Season 2 wraps up with a story of its own. While Katie uses up all the cash she had saved for their London vacation and ends ruining their plans for Sweet 16, she cannot bear telling Alexa the news. Alexa somehow comes to know about Katie’s situation and shifts the party to her home instead. Dylan and Alexa resolve their differences and Katie finally has the courage to confess her feelings to Ryan.

Season 3 continues to tell this story further, chronicling the journey of the girls as they get into teenage fights, Alexa decides to engage in a face-off with cancer, Katie and Ryan start falling out, and everybody gets ready for the upcoming SATs.

Should You Watch Alexa & Katie?

Although the show deals with the very serious issue of cancer and how it affects those around the patient, the show has a light and heartwarming teen soap tone to it, which makes it a feel-good watch. ‘Alexa & Katie’ does not dwell on the terrifying aspects of cancer, and instead focuses on problems that are relatable to youngsters, with the gloomy issue of Alexa’s cancer in the background. As such, it is a show which demonstrates that friendship can help people cope with even the worst challenges, and is a show which pre-teens and early teens are likely to enjoy.

Commenting on the show, The Hollywood Reporter wrote, “Warm and perhaps inspiring for young viewers, but definitely not intended for all ages.” In a similar vein, the International Business Times wrote, “Granted the sitcom’s purpose is to show how cancer is affecting Alexa’s normal high school life, as well as the unbreakable bond she shares with Katie — and it does both of those well. But if the show is taking on this serious topic, then it shouldn’t be afraid to tackle it from all angles.”

You can watch the official trailer for season 3 part 2 right here.