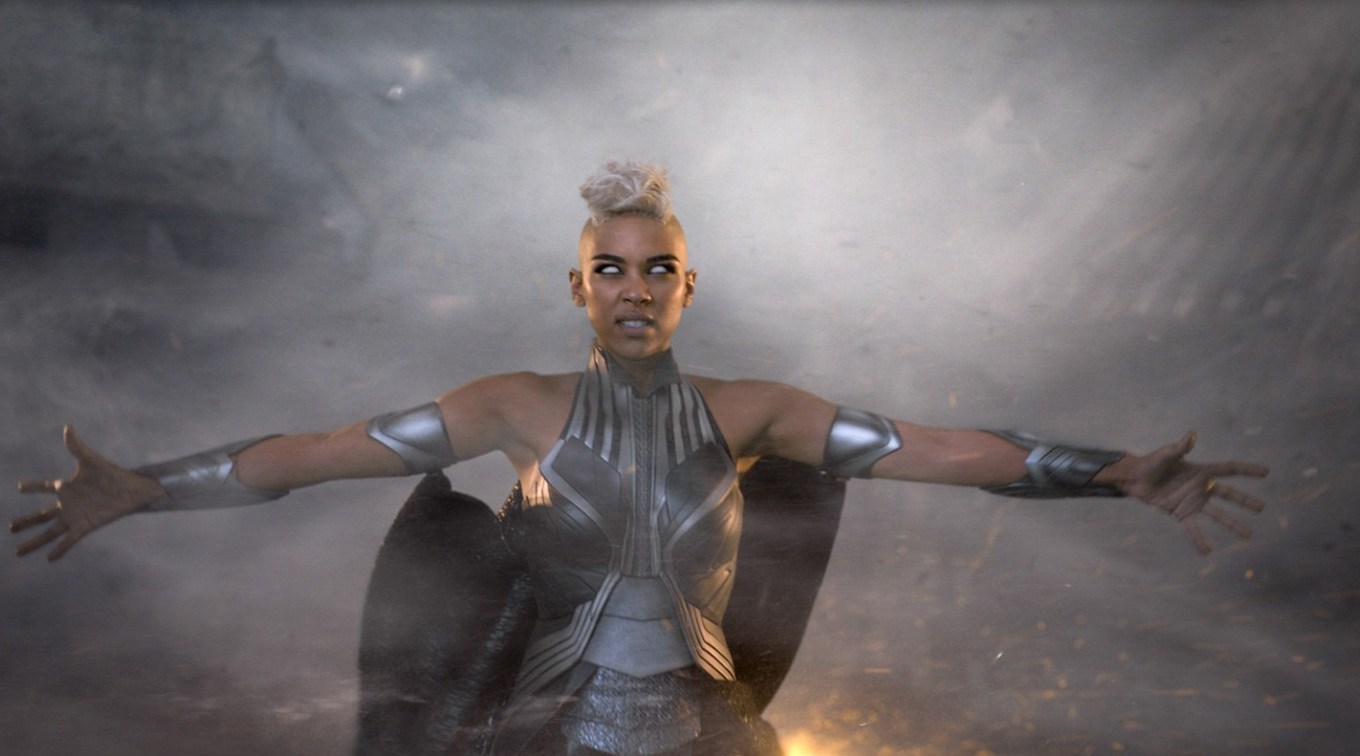 Born to an African-American father and Caucasian mother, Alexandra Shipp holds the flame of two cultures within her. She moved to Los Angeles at the age of 17 to pursue a career in acting. Shipp made her acting debut in 2009 with the minor role of Valentina in the live-action, animated musical drama ‘Alvin and the Chipmunks: The Squeakquel.’ She got her first breakthrough with Nickelodeon’s mystery teen drama series ‘House of Anubis.’ Her portrayal of the character KT Rush in the series catapulted the aspiring actor’s profile and Shipp became a star among the kids. Shipp landed two major roles in 2014. She played the character of Dani Raymond in the VH1 TV movie ‘Drumline: A New Beat and Aaliyah Haughton.’ In the Lifetime TV movie ‘Aaliyah: The Princess of R&B,’ she played the titular role of Aaliyah Haughton. Shipp’s character in ‘Straight Outta Compton’ also earned her critical praise.

She got her next big breakthrough in 2016 when she joined the movie ‘X-Men: Apocalypse.’ Shipp took over as the iconic character Ororo Munroe a.k.a. Storm from Halle Berry, who previously portrayed the role. Shipp stole the show as Storm and the character was even hailed as the ‘X-Men’s’ reply to the DC Comics character, ‘Wonder Woman.’ She appeared in an uncredited cameo in ‘Deadpool 2.’ In 2018, she starred in ‘Love, Simon‘ alongside Nick Robinson and Jorge Lendeborg Jr. In the high school comedy ‘Dude,’ she played a major role along with Kathryn Prescott and Lucy Hale. So now you might be wondering what is the next Alexandra Shipp movie or TV show? Well, here’s the list of upcoming Alexandra Shipp films and TV shows scheduled to release in 2019 and 2020. We can only hope that the latest Alexandra Shipp movies would be as good as some of her recent ones. 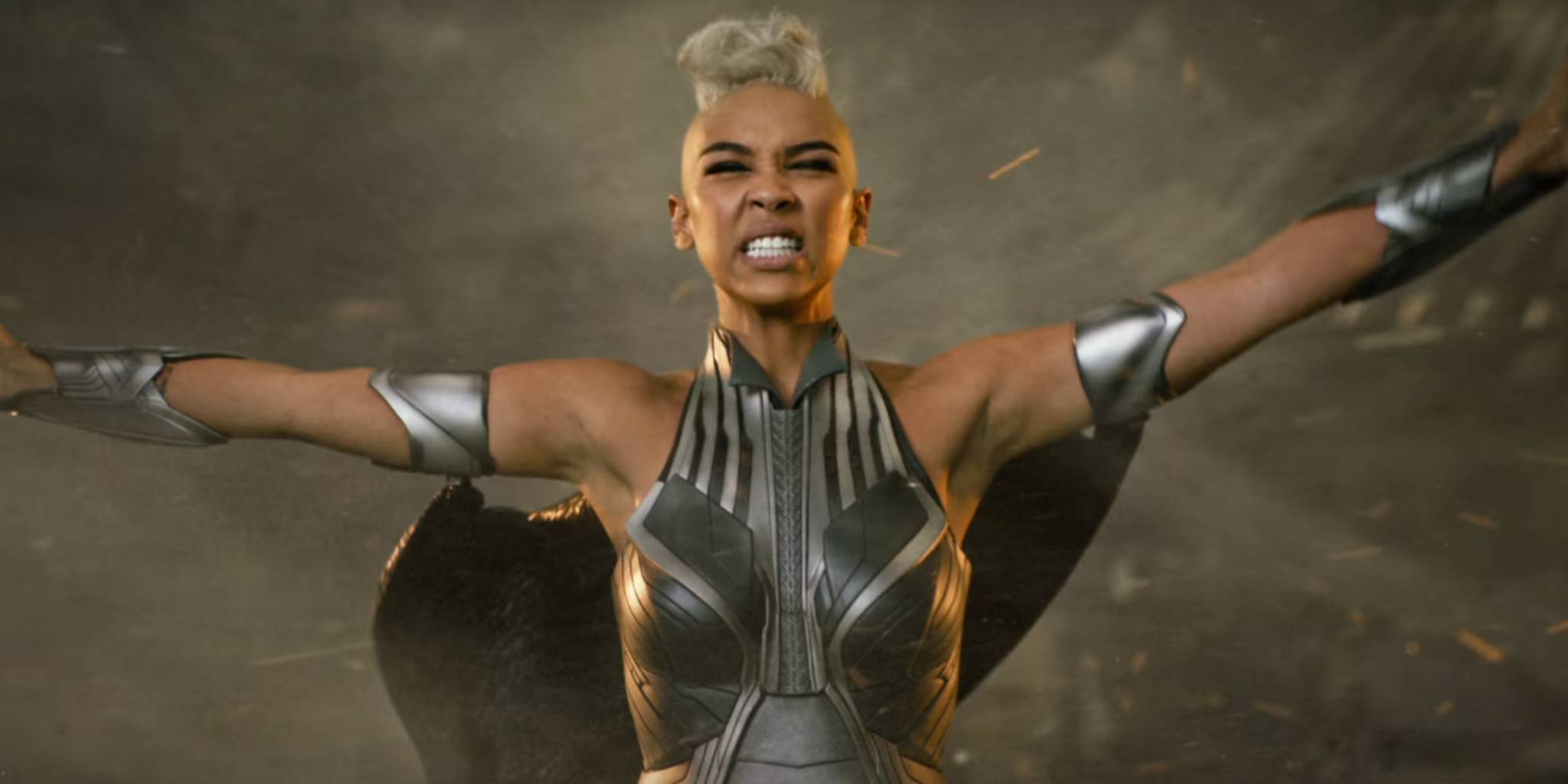 Alexandra Shipp returns as her iconic character of Ororo Munroe a.k.a Storm in the upcoming ‘X-Men‘ spinoff, ‘Dark Phoenix.’ Known for her weather controlling powers, the female mutant Storm is one of the fiercest and humane mutants in the ‘X-Men’ universe. Storm went through horrible experiences in her childhood when she lost her parents. The events made her claustrophobic in the later life. Orphaned and homeless, Storm became a skilled pickpocket before Professor X initiated her into the ‘X-Men’ family. ‘Dark Phoenix’ features Sophie Turner as Jean Grey/Dark Phoenix, who struggles to deal with her enormous power acquired through the collision with the powerful radiation. Tye Sheridan, James McAvoy, Michael Fassbender, Nicholas Hoult, Kodi Smit-McPhee, Evan Peters, and Jessica Chastain play other major characters in the movie. ‘Dark Phoenix’ is the directorial debut of longtime ‘X-Men’ writer Simon Kinberg. The movie is scheduled to release on June 7, 2019.

The upcoming action comedy movie ‘Shaft‘ is the fifth installment in the ‘Shaft’ film franchise and a direct sequel to the 2000 film of the same name. Alexander Shipp plays the role of Sasha in the film alongside the returning cast members Samuel L. Jackson as John Shaft II, Jessie Usher as John “JJ” Shaft Jr. and Richard Roundtree as John Shaft. The plot revolves around John “JJ” Shaft Jr., an FBI undercover agent and a cybersecurity expert. When his best friend dies under suspicious circumstances, he seeks help from his estranged father John Shaft II. Father and son plunge into the dark underbelly of Harlem for answers. ‘Shaft’ is directed by Tim Story from a script by Kenya Barris and Alex Barnow. Warner Bros. releases the movie on June 14, 2019. 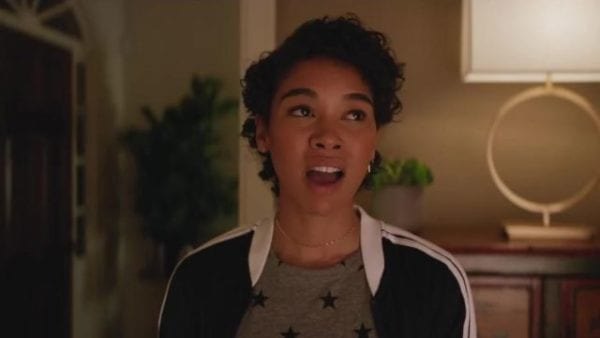 Alexandra Shipp joins an ensemble cast that includes Keegan-Michael Key, Luke Wilson, Elle Fanning, and Justice Smith in the upcoming movie ‘All the Bright Places,’ reports THR. Based on the 2015 best-seller written by Jennifer Niven, the plot centers on the life of Violet Markey (played by Fanning) and Theodore Finch (played by Smith), two high school friends who are haunted by mental illness. They find a perfect companion and soulmate in each other and start to discover the joys of the world together. Alexandra Shipp portrays the character of Kate. ‘All the Bright Places’ is directed by Brett Haley, who is known for the Sundance hit ‘Hearts Beat Loud,’ from a script by Niven and Liz Hanna of ‘The Post‘ fame. The movie is expected to hit theaters in 2019.

‘Lexi’ is an upcoming comedy movie from CBS Films starring Alexandra Shipp and Adam Devine — who is known for ‘Workaholics’ — in the lead roles. Deadline reports that the plot follows the hilarious chain of events that unfolds when one loves the mobile phone more than anything else in the world. Jon Lucas and Scott Moore, who is known for ‘The Hangover‘ and ‘ ‘Bad Moms‘, direct the movie from their own screenplay. Apart from telling a cautious story of the consequences of tech obsessions in our relationships, profession and perceptions, the movie also sheds light on the nuances of friendship in the digital era. 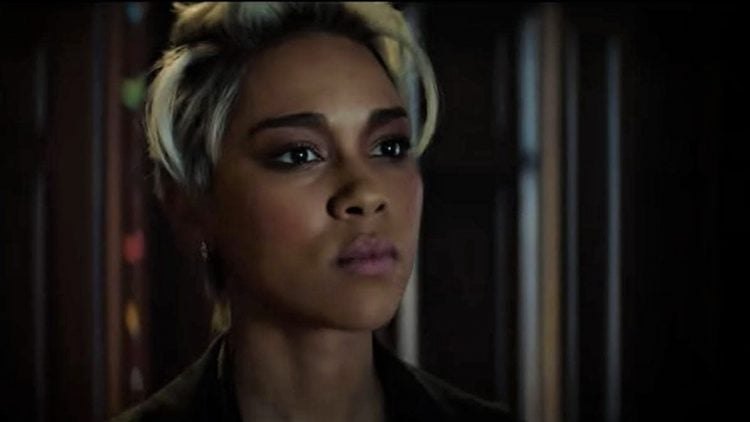 Alexandra Shipp and Nicholas Hamilton play the lead roles in the romantic drama ‘Endless.’ The plot follows the couple Chris (played by Hamilton) and Riley (played by Shipp). Their passionate love story comes to an abrupt end when Chris goes into limbo after a fatal accident. While Chris is trapped in a no man’s land between life and death, he still sees Riley who is grieving for him. Soon, the couple finds a unique way to communicate their feelings for each other, though they can’t stop the inevitable end approaching. Directed by Scott Speer from a script by Rohit Kumar, who is known for ‘13 Reasons Why‘, the film is described as a tale of love and loss. DeRon Horton of ‘Dear White People‘ fame also plays a key role in the movie.

Alexandra Shipp will be seen alongside Cole Sprouse, Jason Clarke, Darrell Britt-Gibson, Jimmi Simpson, and Nick Robinson in the upcoming action thriller ‘Silk Road.’ Based on David Kushner’s 2014 Rolling Stone article ‘Dead End on Silk Road,’ the movie explores the life of Ross Ulbricht (played by Robinson), the notorious dark net operator and drug trafficker who is known for the darknet website ‘Silk Road.’ The film is written and directed by Tiller Russell. Principal photography of ‘Silk Road’ is expected to start in June 2019.