All American S02 E13: Everything We Know 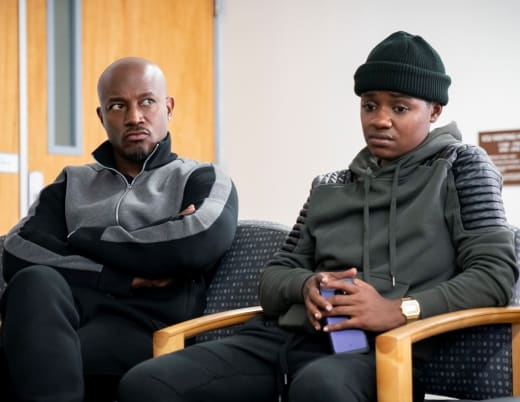 ‘All American’ follows a young, rising high school football player from South L.A. who is offered the chance to play for Beverly Hills High. The story chronicles the “wins, losses and struggles of two families from vastly different worlds – Crenshaw and Beverly Hills” as they cross paths with each other — according to The CW.

Inspired by the life of football star Spencer Paysinger, this sports drama tv series is airing its second season, which premiered on October 7, 2019. After spanning 12 episodes, it is now all geared up to release its next episode. Read on to know everything about the streaming and airing details of ‘All American’ season 2 episode 13.

All American Season 2 Episode 13 Release Date: When Will It Premiere?

The official synopsis for the upcoming episode goes as follows: “Spencer (Daniel Ezra) is ready to get back to football in order to impress recruiters, but he must prove to Billy (Taye Diggs) and Grace (Karimah Westbrook) he is not pushing himself before he is ready. Layla (Greta Onieogou) is excited about her and Coop’s (Bre-Z) music, but Coop is distracted about what is going on in the streets.”

Olivia has her doubts about Asher and seeks Billy’s help. Jordan offers a helping hand to a friend in need and Laura attempts not “to get sidetracked by her opponents smear campaign”.

Where to Watch All American Season 2 Episode 13 Online?

The central theme of episode 12 delivers a heartwarming message: “It’s all about heart, and a bullet ain’t take that from you” — as told by Darnell Hayes to Spencer James. Spencer recovers from his bullet injury and is all set to start playing football again. But Coach Billy Baker and his mom Grace James are doubtful if his decision is too early.

On the other hand, Asher Adams, who is on steroids, pushes his limits to the max — which worries both Olivia Baker and his teammates. In another scene, Spencer, Darnell, and Jordan visit a college. It is revealed that the future is bright for Spencer and Darnell. But it’s quite touching to see, how both these players, although from rival teams, never forget their bond of brotherhood and selflessness.

Meanwhile, Coop and Patience navigate their own issues and ups and downs in their relationship.