All American S02 E16: Everything We Know 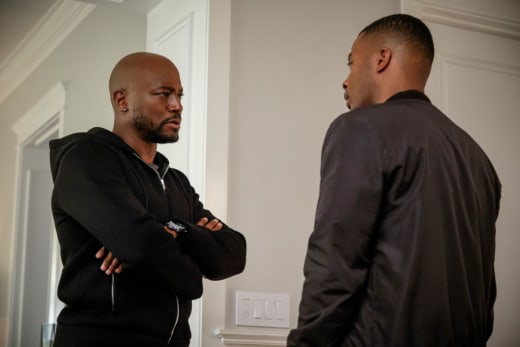 All good things must come to an end and this holds true even for our beloved sports drama, All American, which is currently airing its second season. Well, after releasing its 15th episode this week, the season will officially wrap up with its sophomore installment next week. Read on to know everything about the streaming and airing details of the finale, i.e ‘All American’ season 2 episode 16.

All American Season 2 Episode 16 Release Date: When Will It Premiere?

The official synopsis for the final episode of season 2 goes as follows: “When Spencer (Daniel Ezra) hears that South Crenshaw may turn into a magnet school, he and his friends decide to do something about it, but he might have bigger problems to worry about. Billy (Taye Diggs) makes a decision about his future that surprises everyone. Layla (Greta Onieogou) is focused on trying to get Coop (Bre-Z) a tour for the summer but isn’t having much luck, so she comes up with a different strategy that makes everyone happy.”

The description further says: “Asher (Cody Christian) has an opportunity to spend the summer with his mom but isn’t sure if he should go. Meanwhile, Olivia (Samantha Logan) struggles with what she will do over the summer and Jordan (Michael Evans) makes a Hail Mary in his personal life. ”

Where to Watch All American Season 2 Episode 16 Online?

Episode 15 begins on a dismal note with Coach Billy Baker taking the blame for housing drugs in the locker room and announcing his suspension. This leaves Asher Adams feeling extremely guilty for his actions. Meanwhile, Olivia Baker cannot get over the fact when she realizes that she is the one who had revealed about Asher’s addiction before her dad. She tells Asher that she needs a break from the relationship. UCLA football team’s head Coach Wilson challenges Spencer to prove himself on the field.

Meanwhile, Jordan cannot let go of Simone and is ready to go to any lengths to be with her. Coop receives a golden opportunity at Layla’s party that could launch his music career. Billy visits Asher’s father Harold and requests him to understand how stress is affecting his son. Asher divulges his steroid addiction before his team and is suspended.

Read more: 6 Shows Like All American You Must See