All American Season 3 Episode 9: What to Expect? 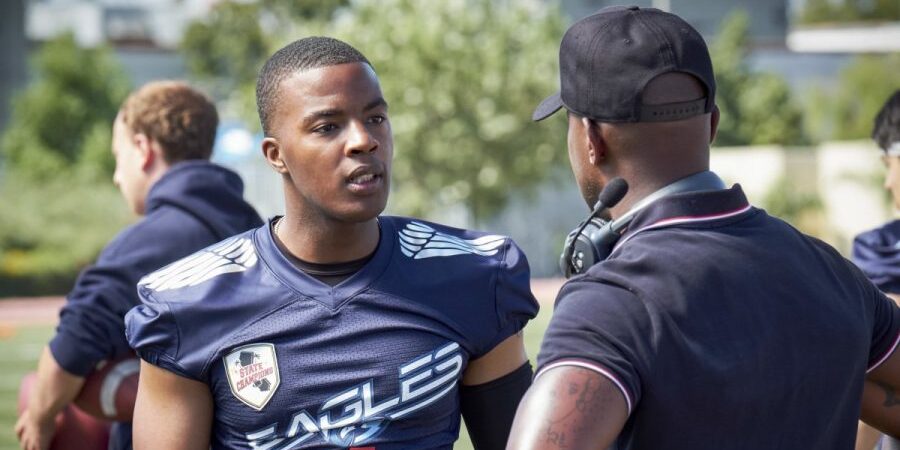 In the 8th episode of ‘All American’ season 3, things take a drastic turn. Layla leaves Spencer, and he is left to pick up the pieces. He, along with Kia and Coop, is getting ready for homecoming. Olivia also plans to clear out the air between her, Layla, and Spencer. But we can talk about that later! For now, you can take a look at the details for the upcoming episode – ‘All American’ season 3 episode 9!

Where to Watch All American Season 3 Episode 9?

If you prefer watching TV, then you can simply tune in to The CW to watch ‘All American’ season 3 episode 9 at the abovementioned timeslot. If you have cut the cord, you can watch the show on The CW website and The CW app, where it is available. For those of you looking for other options, you can resort to live-TV and VOD websites like DirecTV, Fubo TV, YouTube TV, iTunes, and Amazon Prime Video.

Another option is to watch the show on Netflix. If you’re a hardcore user of the platform, you can watch season 3 after the whole season finishes airing on The CW. This will take at least a few more months, but till then, you can re-watch the previous episodes (first two seasons) in case you want to catch up.

In ‘All American’ season 3 episode 9, Spencer will take the blame and cover for Olivia regarding the car crash. Coach Billy Baker will get mad at Spencer and ask him why he is trying to save her. Here’s a promo for you to watch!

The latest episode of ‘All American’ is called ‘Canceled.’ In the episode, we see Layla still processing the truth about what happened in Las Vegas. She seems to be done with her relationship with Spencer. He is in the park with his brother when two guys get into a fight with him. It turns out that they are from Crenshaw too. Meanwhile, homecoming is just around the corner.

During a dinner conversation at home, Dillon says that the people on the Crenshaw football team need to improve their grades. As the scene shifts to Beverly, we see Jordan gearing up for school and spirit week. Olivia is not keen on attending school, so Laura provides a mental health day for both of them. On the other hand, Asher turns Vanessa down when she asks him to go see a movie with her. Spencer finds out information about the kid in the park named Jabari, who is exempt from joining the team.

Jordan tells Olivia to reconcile with Spencer and fix things up with Layla. Coop leaves Grace a box of things that she intends to give to Spencer. But Grace tells Coop to hand it over herself. Olivia decides to talk to Layla, but they end up arguing. Back in Crenshaw, Kia, Spencer, and Coop are getting ready for their individual roles in homecoming.

Jabari’s transcripts arrive, and then he asks if he could join the team and help Spencer tutor it. Vanessa then tells Asher that she didn’t mean to ask him out on a date but just as a friend. Billy then gets to know that he got sent to boarding school because of Carter. He also claims that Billy hit him, and Billy says that it never happened. As the episode comes to an end, Olivia admits in front of Spencer that they might probably be more than friends. In the car, Olivia ends up hitting a parked vehicle, but then Spencer suggests that they should switch seats. Olivia would otherwise fail the sobriety test.