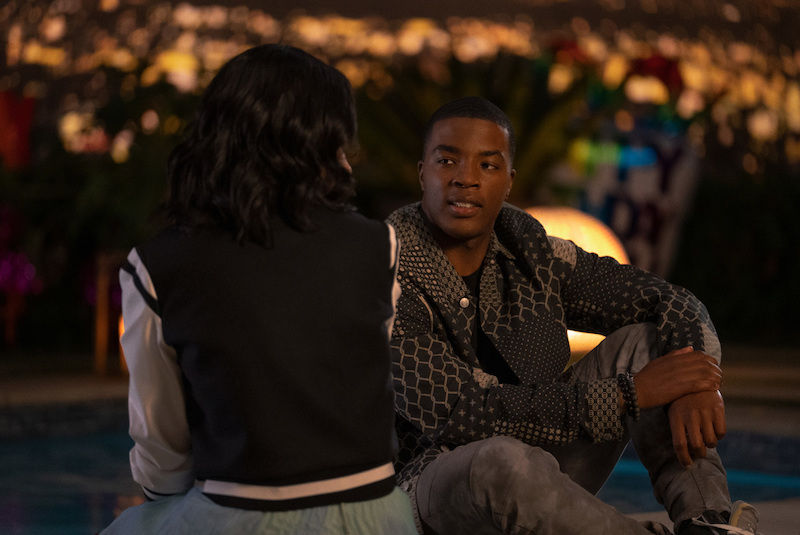 In this week’s episode of ‘All American‘ season 4, Spencer, Olivia, Asher, and the others prepare for the next phase of their lives. Asher and Coop face a few setbacks, whereas things look promising for Spencer. They have one last game of All-American left that will be led by Coach Montes but Billy’s ongoing cold war with Spencer affects the group. For a better grasp of the latest events, refer to our recap. In case you want to know what happens in the next episode, let us unveil to you the details of ‘All American’ season 4 episode 4!

Where to Watch All American Season 4 Episode 4 Online?

To watch ‘All American’ season 4 episode 4, you can tune in to The CW on your television screens. Alternatively, you can also catch the episode on The CW’s official website or The CW app. Folks without a cable subscription can stream the upcoming episode on live TV streaming services such as Fubo TV, YouTube TV, Xfinity, Hulu+Live TV, and DirecTV.

Episode 4 will also become available to buy or rent on VOD platforms like iTunes, Vudu, Google Play, YouTube TV, Microsoft Store, and Amazon Prime Video. The fourth season will land in its entirety on Netflix at a later date. In the meantime, subscribers of the service can rewatch older seasons here.

Spencer’s fears will take the better of him in the fourth episode, titled ‘Bird in the Hand.’ He has to prepare for his upcoming All-American game, but word also has it that his recruiter from Toledo is not on the university grounds anymore, which might affect his future in Toledo. However, an old friend will pop up out of the blue and motivate Spencer to give it his best shot. Olivia will have the chance to attend a summer internship, but her test assignment might prove to be challenging.

Jordan will have questions about himself that will be met with unexpected answers, while Billy will independently find the opportunity to set up his own gig. Coop will struggle to accept her new reality and blame Layla for looking for a new artist. Coach Billy will have a conversation with Laura about a new opportunity that could be difficult to ignore or reject. All in all, everyone’s focus will be transfixed upon the future, but this might cause them to overlook the present. You can go through the promo for a closer look!

Episode 3, titled ‘All I Need,’ starts with Spencer realizing that he does not have much time left in Crenshaw. The head coach at Toledo University wants him to start early, which means he has to pack up in a few weeks. However, Spencer is not leaving without spending quality time with Olivia, so they both plan something special to cherish their last days in town together. Meanwhile, Jordan hasn’t heard from any of the universities, even though it has been two weeks since he sent out his tapes.

Coach Montes asks Asher to assist her from the sidelines in the All-American game, but he refuses. Spencer tries to strike a conversation with Billy, but he doesn’t reciprocate the sentiment. Later, we see him take advice from Grace on how to be on good terms with Spencer. Coach Montes tells Jordan that his medical stats look concerning, which is why no one has reached out to him yet. Layla takes Asher to the studio, hoping to distract him from his stressful college essay, and in the process, they end up kissing.

Asher tells Layla that her determination towards recovery inspires him to become a better person. However, he also reveals that Coop can’t be an artist anymore because of the shooting scandal she has landed herself in. Layla is consequently going to finish the album with a different artist, and Coop is naturally heartbroken after hearing that. Coach Montes asks Billy to be the assistant coach for the All-American game. Spencer informs Toledo about his upcoming arrival, but the coach who recruited him is not in the university anymore as the episode comes to a close.