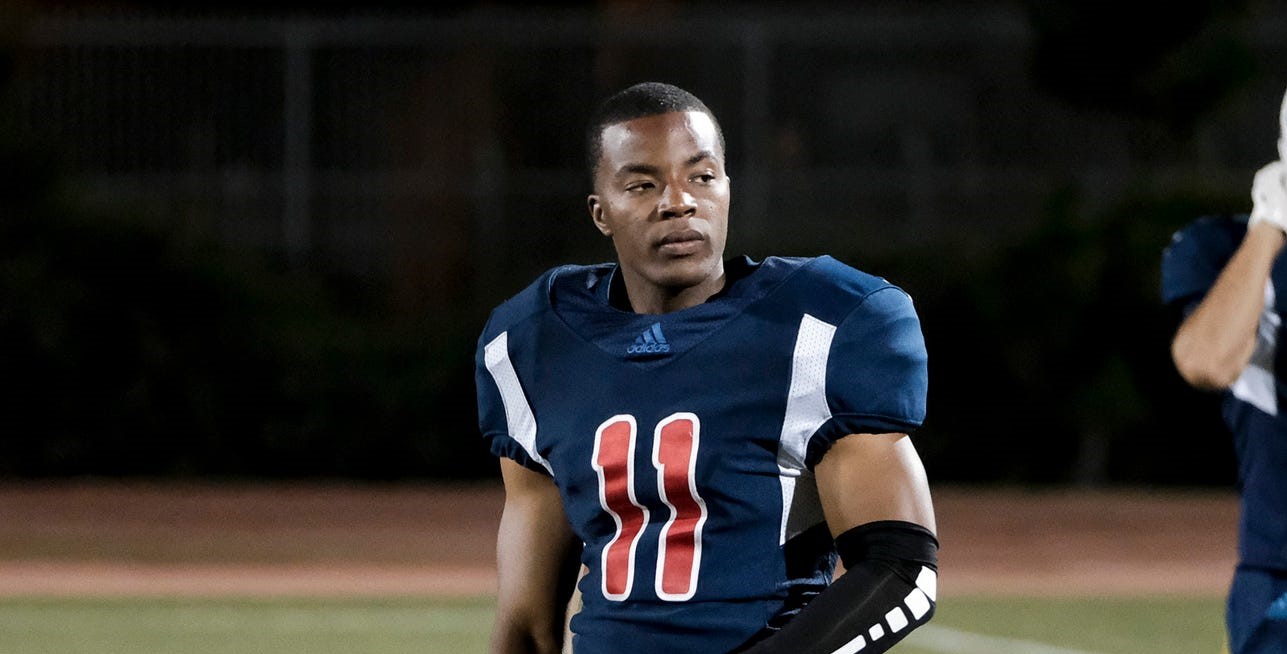 Episode 6 of ‘All American‘ season 4 essays the last few days of high school before prom night arrives and officially concludes a long era of friendship, dreams, drama, and love. Spencer wants to make the most out of his remaining time left with Olivia. Coop and Patience experience blocks in their relationship while Jordan comes to a horrible conclusion about his own relationship with Simone. We have mentioned more details about episode 6 in the recap. Now, we’d like to update you with the latest information we have on episode 7 of season 4!

Where to Watch All American Season 4 Episode 7 Online?

To watch ‘All American’ season 4 episode 7, you can tune in to The CW on your television screens. Alternatively, you can catch the episode on The CW’s official website or The CW app. Folks without a cable subscription can stream the upcoming episode on live TV streaming services such as Fubo TV, YouTube TV, Xfinity, Hulu+Live TV, and DirecTV. Episode 7 will also become available to buy or rent on VOD platforms like iTunes, Vudu, Google Play, Microsoft Store, Spectrum, and Amazon Prime Video. The fourth season will land in its entirety on Netflix at a later date. In the meantime, subscribers of the service can rewatch previous seasons here.

The seventh episode of the season, titled ‘Prom Night,’ will not end without a big showdown. As prom night brings everyone together for one last time before they start their individual journeys towards the future, there will be moments of celebration but those of grief too. Although the gang will be excited for the evening, Spencer will be stressed out over a blunder made by his teammates. He might find himself caught up in resolving the issue, which could lead to horrifying results.

Olivia will find herself falling short in her new role in Narcotics Anonymous. Coop will rush to help Amina and, in the process, ditch Patience during prom prep. Lastly, Asher will have his own plans during prom night, and Layla will have an important conversation with Jordan. If you’re interested in knowing more, feel free to take a look at the promo!

‘All American’ season 4 episode 6, titled ‘Show Me A Good Time,’ sees the seniors preparing for prom. The upcoming event provides Spencer the perfect chance to make his first night with Olivia special. However, they feel severely stressed and end up not having sex. Meanwhile, Spencer is not obligated to Toledo State University anymore due to Billy’s efforts to pull him out of the contract. Olivia has a lot going on for her, including an L.A. Times internship and a podcast. Moreover, she is now a sponsor in Narcotics Anonymous.

Now that Spencer is not leaving, he and Olivia have a lot of time on their hands. However, the moment they decide to take it slow, the perfect opportunity presents itself, and they finally lose their virginities to each other. On the other hand, Jordan is mad at Simone for wanting to participate in a tennis tournament that happens to be on prom night. This does not sit well with him, and they realize that their future looks bleak. Jordan declares that they are not good at maintaining a long-distance relationship.

Elsewhere, Coop and Patience could have been going strong had it not been for the former, who seems to be mishandling the relationship. Now that the tour is done, it is time to air out their problems which is what Patience does. Thanks to Spencer and Asher, the couple finally confront each other and strive to work upon their relationship. In the meantime, Layla gives Jordan a piece of her mind when he disapproves of her putting herself before anyone else. The elders, including Grace, Billy, and Denise, find a chance to relive the old days while Carter and Laura discuss the future.