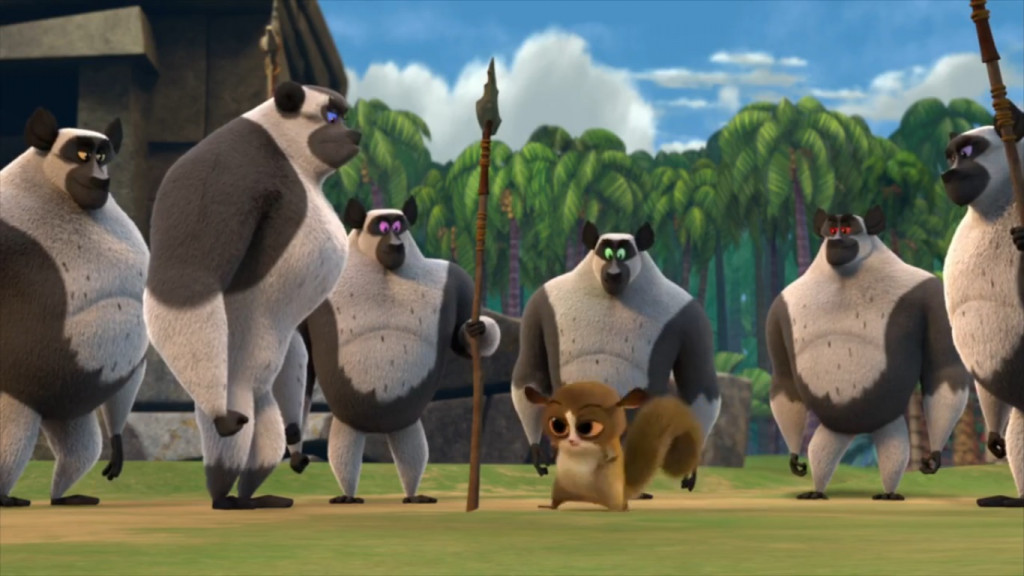 All Hail King Julien is a computer-animated web adventure-comedy TV series. It casts characters from the animation film Madagascar of DreamWorks Animation. The three main lemurs, King Julien, Mort and Maurice, form the central characters in the series. The roles were created by Tom McGrath and Eric Darnell from the feature Madagascar. It is the second series from the DreamWorks Animation based on the Madagascar franchise. The first five episodes, each of 22 minutes were released on December 19, 2014, on Netflix. Season 2 debuted on October 16, 2015, and season 3 was delivered on June 17, 2016. The fourth season was released on November 11, 2016. The last and the final season was released on December 1, 2017. The producers and the executive producers are Mitch Wilson and Bret Haaland respectively. The creators kept releasing the show, season after season every year for five years until it was finally called off. DreamWorks Animation Television produced the series. It was initially published along with the networks Netflix, Universal Kids and ABC Me. The nominees won Daytime Emmy Awards for Outstanding Children’s Animated Program. There’s also a spin-off the show All Hail King Julien Exiled that debut on Netflix to great response.

All Hail King Julien Season 5 Plot: What’s it about?

The storyline revolves around King Julien XIII, a fun and notorious party animal, who becomes the king after his uncle King Julien XII, a very strict and a coward lemur who leaves the kingdom when he is threatened to be eaten by Fossa. Thus, he abdicates his chair of power in favor of his nephew King Julien XIII. After taking the entire kingdom to lead, King Julien XIII lands into different troubles and is faces the challenges along with his adviser, Maurice and head of security, Clover. He finds his biggest fan in Mart. In the meanwhile, his dishonest uncle returns to root out his nephew to reclaim power. King Julien confronts not only his uncle Julien XII, but also other threats from Karl, and Crimson. In the fourth season, King Koto exiles King Julien XIII, but he defeats Koto and his army and earns his kingdom back. Koto dies in the fifth season, the villains Karl and Uncle King Julien XII surrender their evil ways and start afresh. Alex arrives in Madagascar, and Clover leaves with her husband Sage Moondancer, for their honeymoon. That’s where the final season is ended.

All Hail King Julien Season 5 Cast: Who is in it?

The main characters in All Hail King Julien are Daniel Jacobs as King Julien XIII, playing the lead as a fun, notorious and a mischievous party animal, who later becomes the king of lemurs to lead the kingdom. Mart, the biggest fan of King Julien XIII, is played by Andy Richter. Kevin Michael Richardson is playing the role of Maurice, the adviser of the new king. India De Beaufort as Clover, the security head of the king. Henry Winkle as Uncle King Julien XII is a strict but coward king. Other characters include Dwight Schultz as Karl, a mad villain who causes troubles for King Julien XIII and Jeff Bennett as Sage Moondancer, who takes on the role of Clove’s husband.

Unluckily, fans do not get to watch season 6 of All Hail King Julien as Netflix has cancelled the series after the fifth season. The cancellation gained a huge and unfavourable reaction from its audience. It was rated as one of the successful original TV series on Netflix but, sadly, the network hasn’t renewed the sixth season. It is perhaps to give way to newer series or owing to problems in production; the reason remains unknown.