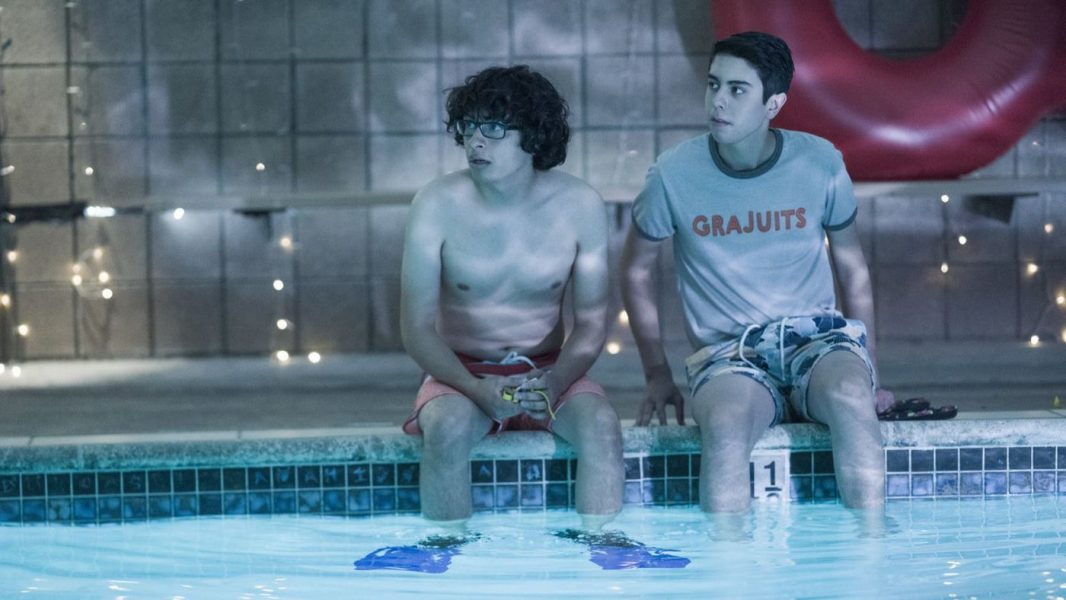 ‘All Night’ is an American teen comedy series that airs on Hulu and first premiered on May 11, 2018. The show has been created by Jason Ubaldi. It is about an overnight lock-in graduation party where a group of new graduates is willing to do whatever it takes to make their remaining high school dreams come true.

Have you ever looked back at high school with a sense of regret? Maybe you wanted to try something new, ask someone out, do something wild. You have it all here in this show, where the characters will ensure that they have no regrets, or perhaps plenty of regrets the next morning, after pulling what can only be termed as a crazy all-nighter.

The show received somewhat mixed reviews from critics, who said, “Too long by half, awkward and obvious but not unlikable, the series is a cocktail mixed from stock characters and situations and whatever could be found in the folks’ liquor cabinet the weekend they were away. You are free to interpret its allusiveness as intentional homage or as copying off one’s neighbor’s work. And of course, there is a portion of the hoped-for audience that will not be familiar with the many things that this is like and a portion that will greet its familiar elements like old beloved friends.”

All Night Cast: Who is in it?

The main cast of ‘All Night’ is an ensemble of actors and YouTube influencers. They include the likes of Chris Avila, Brec Bassinger, Chanel Celaya, Ty Doran, Teala Dunn, Allie Grant of ‘The Goldbergs’ fame, Caleb Ray Gallegos, and Eva Gutowski. There are several recurring and guest stars who are thrown into the mix as well, and they include the likes of Kate Flannery of ‘The Office‘ fame, who appears in the role of Principal Saperstein, and Noureen DeWulf of ‘Anger Management‘ fame who appears in the role of Mrs. Lewis.

In the upcoming season, we expect the main cast to return, or perhaps the show could focus on a whole new cast which would mean a completely new set of crazy antics that lie in store for us.

All Night Plot: What is it about?

The show revolves around an overnight graduation party which features many newly graduated students doing things they have always wanted. To fulfill their long lost high school dreams, the grads will go to any limit to reclaim lost hope and make their dreams come true. They indulge in stupid activities, and carefully plan with each other’s help in order to complete their goals. The party includes a number of attractions such as Karaoke, party games, and a governing rule that no one can leave the party before completing twelve hours. The exclusive nature of the party is what makes it unique and gives it color with outlandish characters.

What stands out about the show is how it captures the terrifying possibilities of what lies after high school. Since everyone is bound to go on their own ways, follow dreams and careers, to perhaps never meet again until way down the road, all the people are eager to leave a lasting impression in the party. Over the episodes, this is the one thing that keeps pulsating, and it is like the fear and anxiety of telling someone how you truly feel.

Make no mistake, in the hands of the showrunner, the series expertly uses the opportunity to explore the problems faced by teens at this time, including dealing with sexuality, drugs, and the hookup culture. In this party, everyone has the chance to make their dreams come true, be it by confessing their feelings, hooking up, or even getting even with their teachers. Think of it as a way to leave school with a clean slate when it comes to the sense of any symbolic debt. However, this frank approach leads to a lot of friendships being created, mourned or destroyed even before summer begins.

If you have seen the 1998 comedy ‘Can’t Hardly Wait’, then the premise of this series will feel somewhat familiar to you. Overall, the show seems targeted at people who have just left high school, although the language used by the characters is not specific to the generation. Nonetheless, it provides the avenue of an escape and the option of easy viewing for people who do not want to get too involved in the plot or in the people of the show. You have some generic characters like the nerds trying to get revenge on tormentors, unrequited loves being brought up, and all in all, the characters and viewers are in for a night of revelations.

Hopefully, in the next season, the show will keep the tonality of the narrative as light as it has, to make for casual viewing. As far as the content is concerned, we could get to see the same cast members return for a reunion, much like ‘American Pie‘, or maybe we could see a completely new class, it is as uncertain as futures are right after high school.

All Night Season 2 Release: When does it premiere?

‘All Night’ Season 1 premiered on May 11, 2018. There has been no official news from Hulu yet about the renewal of the show for another season. However, we must take into account the fact that the series has received somewhat positive reviews and moreover, this genre always has takers, especially the young adult audience. Thus we are reasonably sure that we will be getting another season. Our best guess is that ‘All Night’ Season 2 might release sometime in May, 2020, but do stay tuned for an official update.

You can check out the trailer for the first season of ‘All Night’ below. If you have not seen the series and miss your high school days, then be sure to give it a watch.