All of Us Are Dead Season 2: Renewed or Cancelled? 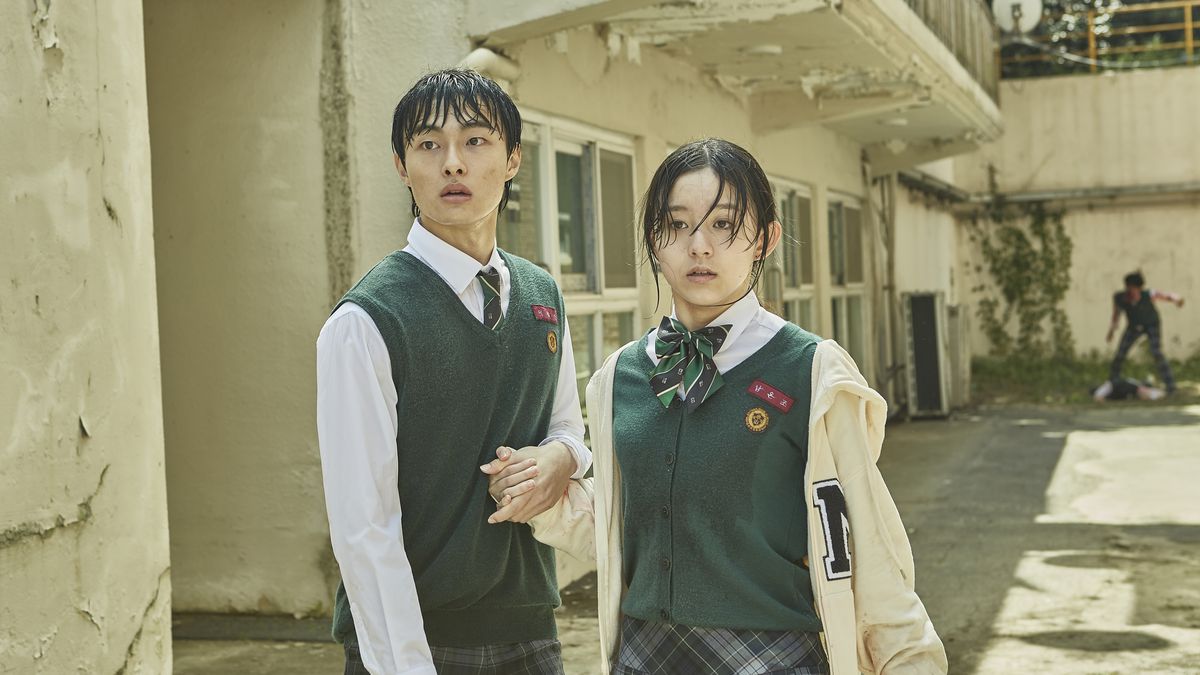 The TV adaptation of a Naver webtoon by Joo Dong-geun, ‘All of Us Are Dead or ‘Jigeum Uri Hakgyoneun’ (literal translation: ‘Our School Now’) is a South Korean zombie drama series. After discovering that his son has suffered brutal and relentless bullying at school, high school science teacher Lee Byeong-Chan develops a virus to give him special powers. Instead, it turns the boy into a zombie. When this virus starts to spread at the Hyosan High School, a group of students finds themselves in the midst of a zombie apocalypse.

Following its release, the inaugural season of ‘All of Us Are Dead’ garnered a positive response. Both critics and fans praised the show for its themes, execution, and nail-biting narrative. If you have already watched the first season and want to know whether there will be a season 2, we got you covered.

All of Us Are Dead Season 2 Release Date

Neither the Netflix executives nor the show producers have confirmed the development of a second season. However, South Korean content has experienced a massive surge in popularity in recent years. The country has emerged as a leading figure in different avenues of entertainment with the colossal success of the likes of BTS, ‘Parasite,’ and ‘Squid Game.’ As a result, ‘All of Us Are Dead’ already had an in-built audience even before its first season began streaming.

This is not by far the first project belonging to the zombie subgenre to have come out of South Korea. ‘Train to Busan’ came out in 2016. ‘Doomsday Book’ (2012), ‘Horror Stories’ (2012), and ‘The Neighbor Zombie’ (2010) were released even before that. Moreover, Netflix is the distributor of ‘Kingdom,’ a historical K-drama with zombies. ‘All of Us Are Dead’ is one of the most recent additions to that. The webtoon was serialized between 2009 and 2011. Although the source material is limited, the show’s creators have already expanded and fleshed out the original story for the first season. There is no reason for that not to continue in season 2.

Ultimately, the success of a show on a given streaming platform is measured by viewership numbers. If ‘All of Us Are Dead’ can replicate the success of a show like ‘Kingdom,’ there is a legitimate chance for it to be renewed for a sophomore season. And if that happens, the audience can expect ‘All of Us Are Dead’ season 2 to come out sometime in 2023.

All of Us Are Dead Season 2 Cast: Who Can Be in It?

In the prospective season 2, Ahn Seung-Kyoon and Byeong-cheol Kim will probably not appear as their respective characters are dead, except maybe in flashback scenes. By all indications, Chan-Young Yoon’s character in the show is also dead, but the creators have misdirected their audience in this regard multiple times throughout the first season. It won’t be a complete surprise if his character shows up in season 2. The rest of the cast will likely reprise their roles, and they will be joined by new cast members.

All of Us Are Dead Season 2 Plot: What Can It Be About?

In the season 1 finale, after the bombing across the city of Hyosan, most zombies are dead. Cheong-San seems to have perished in the fire. The group loses several members before reaching safety. Nam-Ra gives in to her urges and part ways from the group. The final sequence is set sometime after the advent of the virus. While visiting the memorial for her friends, On-Jo spots a fire on the roof of their school and recalls the promise they made to each other. The following evening, she and the rest of the survivors visit the school, which is now a complete ruin due to the bombing. They discover Nam-Ra is alive and doing well.

In the prospective second season, more information about the Halfbies will be revealed. It might be possible that at least one zombie sneaked past the barricade and reached Seoul. As a result, the next outbreak might happen in the South Korean capital. This will probably bring the group of heroes together once more.