‘All or Nothing: CBF’ S02: Everything We Know 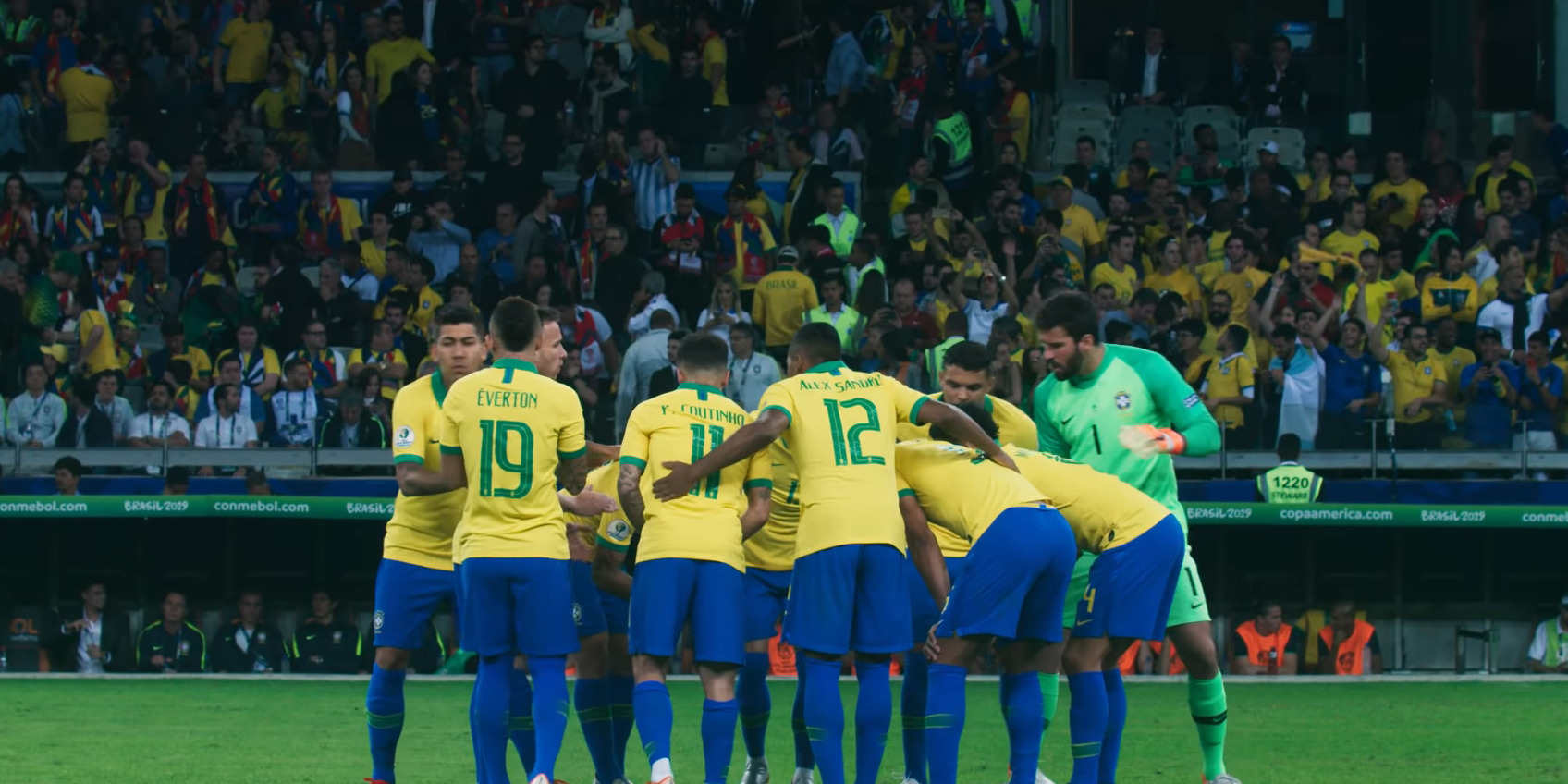 ‘All or Nothing: CBF’ is an Amazon Original sports docu-series, that revolves around the behind the scenes and on-pitch activities of the celebrated Brazilian national football team, as they strive to claim their ninth Copa America title.

Daniel Ramirez, Jon Owen, Jonathan Rogers, David Tryhorn, and Gilberto Topczewski are the people who bring the high-intensity tournament to the screens. ‘All or Nothing: CBF’ aims at evoking the same emotions, that people felt during the live telecast of the final. By going behind the scenes, the show gives the audience a closer look at the drama that unfolds off the field, in the dressing room.

Interestingly, Amazon has already released other football documentaries along the same vein, with ‘All or Nothing: Manchester City’ being the most popular one. The others include NFL’s Arizona Cardinals, Carolina Panthers, Los Angeles Rams and New Zealand’s All Blacks. If you are a fan of the above titles, then you’re surely going to love this one. The above-mentioned sports shows have been lauded by critics and audiences alike, for portraying the true essence of the sport, by being equal parts exhilarating and equal parts heart-rending.

After a successful run of its inaugural season, fans are curious to know about the series’ near future. Here’s all we know about ‘All or Nothing: CBF’ season 2.

All or Nothing: CBF Season 2 Release Date: When Will it Premiere?

‘All or Nothing: CBF’ season 1 premiered on January 31, 2020, on Amazon Prime Video, in all its entirety of five episodes.

We do know that the ‘All or Nothing’ franchise has proved itself to be a breakout hit for Amazon — especially among sports enthusiasts. Hence, it has already spawned five seasons to date. However, CBF is focused on a particular team and their journey during a particular season. If the creators decide to renew the show, they need to take a different approach.

They can cover the Brazil football team’s journey in the 2020 Copa America, which will take place from June 12, 2020. Or they can follow a different tournament altogether. In either case, it will take not less than a year to document the whole season. Hence, if renewed, we can expect All or Nothing: CBF season 2 to premiere sometime in January 2021, if not earlier.

All or Nothing: CBF Cast: Who is in it?

Since it’s a documentary series, every cast member plays himself.

What is All or Nothing: CBF About?

First things first, The Copa América is a senior football tournament that decides the champion at a continental level. Brazil is the only national team that has secured World Cup wins in four different continents – South America, North America, Europe, and Asia. CBF, short for Brazilian Football Confederation, is the body that administers the Brazilian football team. The team has also produced internationally acclaimed players like Neymar, Dani Alves, Philippe Coutinho, Thiago Silva, and Gabriel Jesus.

The football documentary follows the host team, Brazil, as they win the 2019 Copa America, i.e., the 46th edition of the championship tournament by defeating Peru 3–1. The victory marks Brazil’s 9th win, making it the third-most successful team in the history of the competition, after and Argentina (14 wins) and Uruguay (15 wins).

‘All or Nothing: CBF’ pulls back the curtain on the game’s other aspects and practical details, that are missed during the live match. It chronicles the team’s journey throughout the 2019 tournament, spending time with the players in both professional and personal capacity. It showcases the training process of the team at the Granja Comary training facility, the dressing room conversations, team meetings, interviews with the coach, team players, managers, and other staff members. Along with that, it also documents the everyday activities and a clear view of the shifts in the interpersonal relationships between the players, leading to the high-octane action in the finale and the euphoric win.

Apart from that, it also provides glimpses of the tournament highlights like Neymar’s unfortunate leg injury and on the upside, the goals by the star players Everton, Gabriel Jesus, and Richarlison.

All or Nothing: CBF Trailer:

Check out the trailer for ‘All or Nothing: CBF’ season 1!