Almost Family E12: Everything We Know 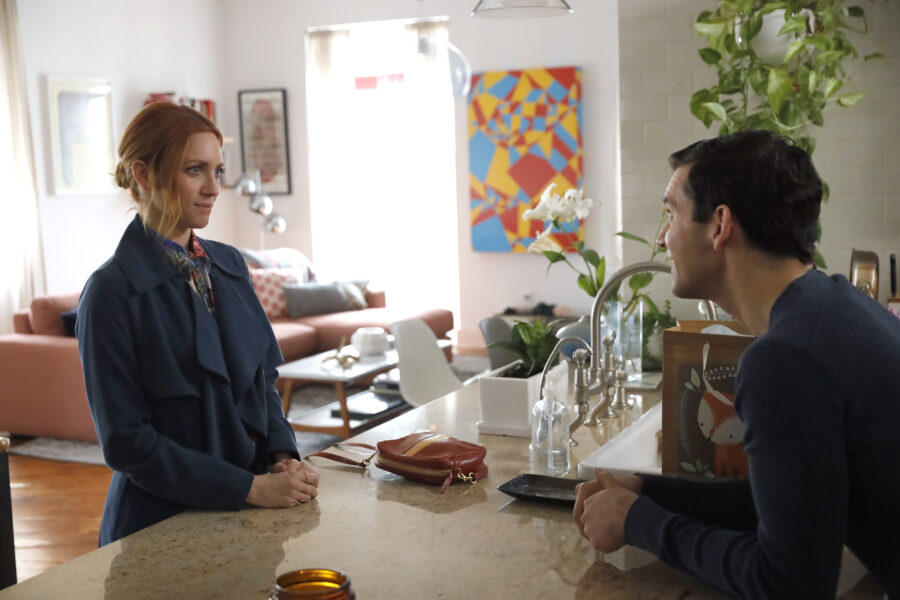 Fox’s tv drama, ‘Almost Family’, which is inspired by the Australian series named ‘Sisters’, is created by Annie Weisman. What happens here is, a renowned fertility doctor reveals a weird secret. It seems that during his profession, he had inseminated several females who were his patients. As a result, he is a dad to almost a hundred children.

Armed with this shocking news, Leon Bechley’s daughter Julia Bechley is left aghast. She visits two of her half-siblings and tries to figure out a method of adjusting to this new, crazy reality.

‘Almost Family’ originally debuted on October 2, 2019. After spanning eight episodes, it went on a hiatus on December 11, 2019. It then made a comeback with episode 9 on January 1, 2020, and resumed its weekly schedule, airing its 11th episode on January 15, 2020. Read on to know everything about the upcoming installment – i.e ‘Almost Family’ season 1 episode 12.

Almost Family Episode 12 Release Date: When Will It Premiere?

The two episodes together comprise the two-hour finale of the first season.

Yes, the season has again gone on a break and has ditched its regular Wednesday slot. In fact, the next episode will air as a two-hour finale as it happens to mark the end of the series.

The official synopsis for episode 12 goes as follows: “The trial against Dr. Bechley begins with a powerful opening statement from the prosecution, leaving Leon scared and Tim wondering if Edie should rejoin the defense team. Meanwhile, Julia begins to take the option of having a baby seriously, asking for Isaac’s help. Also, Roxy joins a commentary segment on the show that had previously blindsided her and makes a drastic decision in an attempt to help Isaac.”

Episode 13 is described as follows: “Roxy makes a drastic decision in an attempt to help Isaac; Edie settles in with Amanda, but things get messy when she discovers something that isn’t in the plan.”

You can watch the last episode of ‘Almost Family’ with a paid cable subscription by tuning in to Fox at the above time slot. You can also check out the episodes online on their official website.

If you don’t have cable, you can watch the series by purchasing it on Amazon Prime Video. Previous episodes are additionally available on Hulu. Live-streaming options include YouTube TV, Fubo TV, and Directv, which requires you to subscribe to the platforms through any of your devices.

Episode 11, titled ‘Generational AF’, has a lot going on with its characters. While Edie is cheating on Amanda with Tim, Roxy acts as an inspiration for women, who are comparing Leon’s actions to rape. Isaac makes this comparison by taking an example of a matriarchal tribe of monkeys, which takes a stand against a male, who is not a welcome visitor.

The spirited Roxy, on the other hand, narrates her story regarding Nick. This inspires the women listening to her to fight back. Meanwhile, Leon still needs to understand that his mentor Dr. Lewis was an evil man, who deserves to face the consequences of his actions.

Leon also requires to accept that what he did is defined as medical rape and he has to pay for his crime. Julia had discovered earlier that Leon is not her dad and decides to know her mum Sarah so that she can find her actual father. She has also evolved across the episodes and realizes that she needs to connect with her family and herself in order to get over life, that had been built only on lies, all these years.