Almost Paradise Season 2: Everything We Know 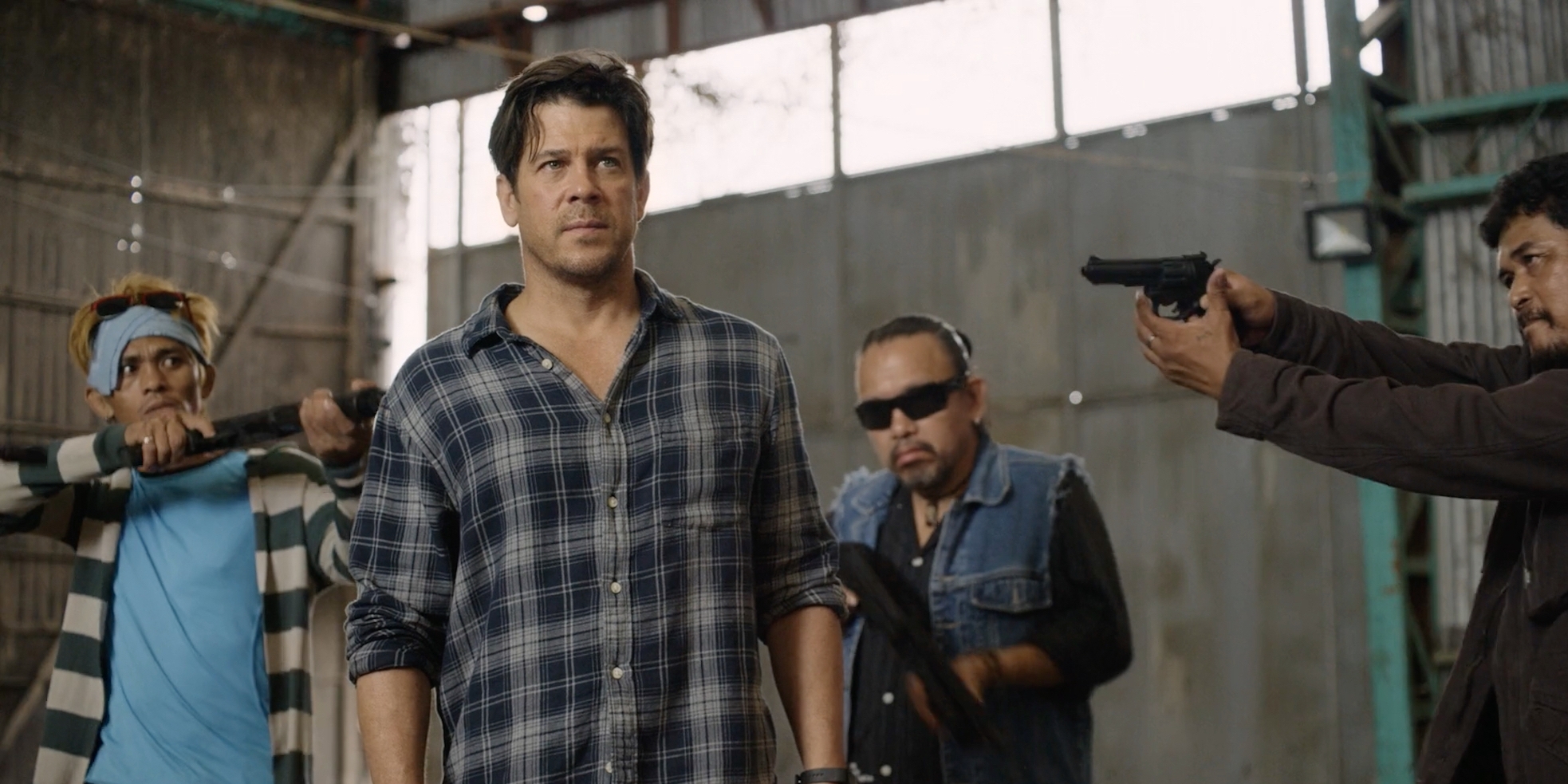 The retired cop genre always manages to tickle the fancy of the audiences. WGN America came up with an ex-cop drama ‘Almost Paradise’ that follows a former DEA Agent Alex Walker, who is forced into retirement because of a personal issue and his fight with chronic hypertension. Alex moves to a small tropical island in the Philippines to get his health and life back on track. However, the crime-induced atmosphere of the isle entices him to get back on the horse.

Award-winning screenwriter Dean Devlin and Gary Rosen serve as the showrunners of the crime drama. It shares the same DNA as ‘Hangman’ and ‘Cortex,’ and marks the third collaboration between Christian Kane and Dean, having previously worked together on ‘Leverage’ and ‘The Librarians.’ The show promised to deliver an exciting storyline laced with action-packed performances by the main cast. And it did succeed at sticking to its claims. Now, if you are wondering if there will be an ‘Almost Paradise’ season 2, read on!

Almost Paradise Season 2 Release Date: When Will it Premiere?

Until now, there has been no word from the production team about the show’s future. A final decision will depend on the response and if the ratings meet WGN’s expectations. That being said, what we know for sure is that the series was never planned as a one-off. So if it manages to garner the expected viewerships, it will definitely be renewed for another run. If that happens, we can expect ‘Almost Paradise’ season 2 to premiere sometime in March 2021.

Almost Paradise Season 2 Cast: Who Can be in it?

Christian Kane (‘Just Married’) headlines the cast as Alex Walker, a law enforcement officer, who is dealing with a health crisis and is asked to retire and move to a new place to focus on his health. Richelle essays the character of Kai Mendoza, a detective working with the Cebu police force, who is not on excellent terms with Alex. Joining her as Ernesto Almares, Kai’s partner, and a pivotal part of the team is Acuña.

In conversation with Deadline, showrunner Dean Devlin shared his experience of working with Christian Kane again. “I’ve been fortunate to work with Christian Kane previously on our hit show Leverage and The Librarians series,” Dean said. “We are thrilled that he has agreed to star in our show, Almost Paradise. Christian has the perfect combination of skill, humor, and smarts for the starring role in Almost Paradise.”

Buencamino steps into the role of the head chief of the Cebu PD, Ike Ocampo. Quesada plays Cory, the manager of the administrative staff of the Philippine hotel, Alex is staying in. Season 2, as and when it happens, is expected to see most of the lead cast making their comebacks.

Almost Paradise Season 2 Plot: What Can it be About?

Alex Walker is an American DEA Agent who kicks ass and fights criminals and is one of the most skilled and reputed operatives on the team. However, a recent betrayal by his partner and his deteriorating health because of high blood pressure and stress forces the law enforcement officer to go into early retirement. He visits his doctor, who advises him to stay away from any kind of stress. For that purpose, Alex decides to move to an island in the Philippine Archipelago.

He takes up a new job of running a gift shop at a high-end resort. He cashes funds for his disability from a US Air Force base nearby. As Alex is settling into the slow and calm lifestyle at the island, he spots a few notorious criminals belonging to the elite gangs, conducting their business in the hotel. Of course, Alex isn’t able to keep himself away from their illegal undertakings and sets out to teach them a lesson, ultimately getting back into the world of fighting crime and serving justice. On the island, he meets detective Kai, who initially thinks Alex is uptight and arrogant but warms up to him upon realizing he is exactly the opposite.

Season 1 ends on an explosive note — with multiple reveals, twists, and quite a few bullets. Season 2 will take up the story from here and follow Alex and Kai as they do what they do best — takedown notorious criminals.