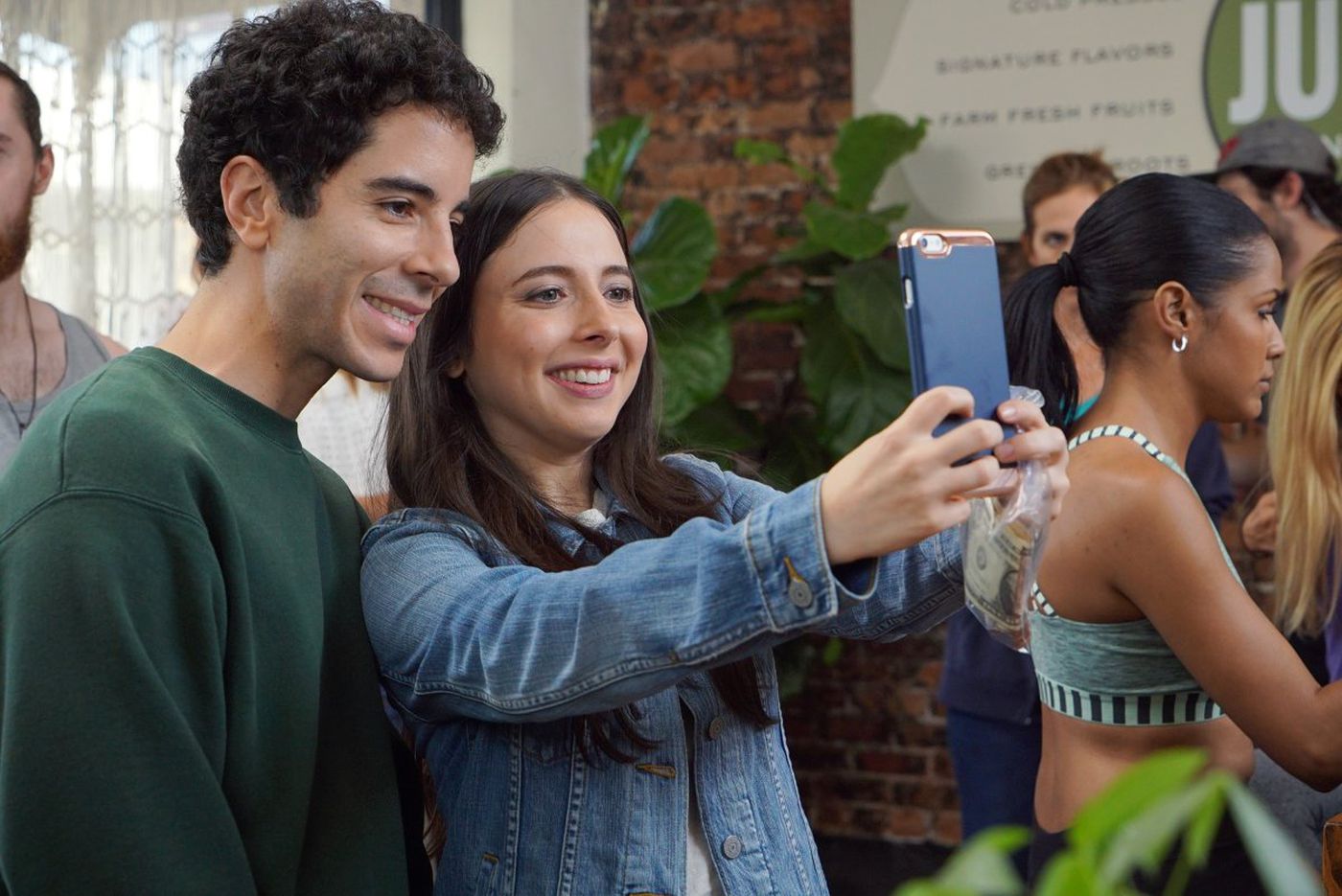 ‘Alone Together’ is an American comedy series that airs on Freeform and first premiered on January 10, 2018. The series has not only been created by but also stars Benji Aflalo and Esther Povitsky. Eben Russell also deserves credit for having co-created the series, and the three of them together serve as the executive producers.

The series is about two socially awkward, self-conscious, and self-centered misfits who strike up a platonic friendship in order to navigate life in vain and status-obsessed Los Angeles. If you are a millennial who would rather stay glued to your phone and chat casually with online friends than taking part in actual social conversations, because they terrify you and make you completely awkward, then this show is right up your alley.

Let’s face facts, most millennials are like that and in fact, social anxiety has reached such levels that the doorbell industry is about to go out of business since a lot of people now prefer texting their friends upon arrival than ringing the doorbell to announce the same. Considering all this, the show could not have come at a timely manner, and it shows that even in a world where we increasingly drive to isolate ourselves, we always crave human companionship to an extent, although it is much more difficult to navigate these relationships now since a fine balance has to be struck between being there for someone, and giving them their space.

Critics too have praised the timely nature and content of this series, saying, “Esther Povistky and Benji Alflalo’s awkward charms and convincingly platonic chemistry work, though Alone Together’s lack of urgency keeps its nihilistic tenderness from truly jelling.”

Alone Together Cast: Who is in it?

The cast of ‘Alone Together’ is led by Esther Povitsky who plays Esther, a woman who hails from the midwest who is trying to make it as a comedian in Los Angeles. Benji Aflalo appears as Benji, a trust fund kid from Beverly Hills who lives with his older brother. Naturally, they come from very different backgrounds, and though Benji is clearly more privileged, while Esther happens to be struggling, they manage to gel together and form a strictly platonic friendship.

The other characters are their mutual friend Jeff, played by Edgar Blackmon, Benji’s older brother, Dean, who is played by Chris D’Elia of ‘The Good Doctor‘ fame. Ginger Gonzaga appears as Alia, Benji’s elder sister, while Punam Patel plays the role of Tara, a friend from the acting class that Esther took previously.

Alone Together Plot: What is it about?

‘Alone Together’ tells the story of two millennials who are not so young. Although they hail from different socioeconomic backgrounds, they share some traits that are common to all millennials. Yep, you guessed it right, it is social awkwardness! Benji is rich, unmotivated, and self-conscious, while Esther is self-centered, poor, and freeloading. They form the unlikeliest of bonds and become strictly platonic best friends who try to fit in with the status-obsessed and vain elites of Los Angeles.

This pair is clearly too dysfunctional to be with each other, but too unlikeable to be around anyone else. They manage to alienate almost anyone they meet, and if you are a millennial you might know how it feels that no one really ‘gets you’. Overall, the series feels like the comedians are still trying to find their voices, and there is no notable propulsion in the plot, except for the overstated vulgar but cute dynamic that the two have got going on. It is hard to invest in either of the characters and especially harder to invest in their relationship which is the crux of the show.

If you are wondering if the platonic friendship between Benji and Esther will evolve into something more, then you are in for some disappointment. I mean, it would be obvious to assume that two socially awkward millennials who hang out with each other all the time would eventually take the leap and push their relationship towards a more romantic place, seeing as how they have each other to depend on. However, Esther has made it clear that the show is going for a portrayal of pure friendship and nothing else. This truly seems like a disruptive take, since most shows that portray such friendships eventually move on to a romantic relationship after a will they won’t they phase.

Alone Together Season 3 Release Date: When will it premiere?

‘Alone Together’ Season 2 premiered on August 1, 2018. However, the show consistently saw a drop in viewership ratings and was also reviewed unfavorably by critics. This prompted Freeform to opt to cancel the series on November 2, 2018. Though, fans should not lose all their hopes. There’s still a possibility that some other network picks up the show. If that happens, we will update you about ‘Alone Together’ Season 3 release date.

You can check out the trailer for Season 2 of ‘Alone Together’ below. If you can relate to the social awkwardness and anxiety that millennials go through, this is the show for you. If you cannot relate to these sentiments, you should still watch it, to get an idea of how millennials often view the world and the scope of social interactions.