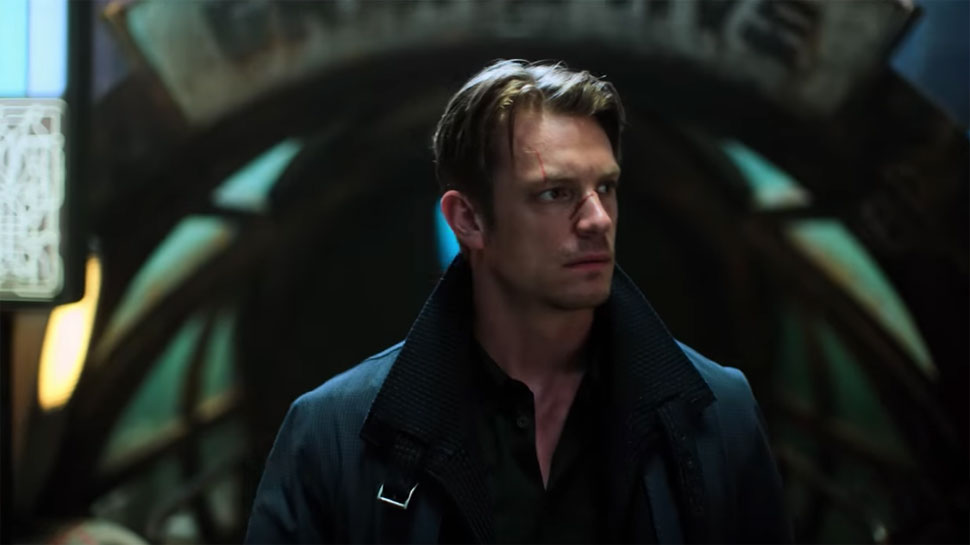 If you’re a sci-fi fan, you will not want to miss out on ‘Altered Carbon’. Created by Laeta Kalogridis, ‘Altered Carbon’ is a recent Netflix Original sci-fi web television series that has a distinct cyberpunk aesthetic and an intriguing plot.

Set in a distant future where immortality is theoretically possible and practically feasible, ‘Altered Carbon’ is based on a 2002 novel of the same name by English sci-fi and fantasy novelist Richard K. Morgan. While Kalogridis had initially optioned the novel for a full-length feature film, Netflix picked the idea up, and in January 2016, announced that ‘Altered Carbon’ would be made into a web television series instead.

Subsequently, more than two years after its announcement, Season 1 of ‘Altered Carbon’ made its way to viewers’ screens on February 2, 2018. The critical response was mixed to say the least. Vox critic, Todd VanDerWerff, had this to say about the show: “For a series that makes a lot of basic storytelling stumbles and often seems to feature characters who can only speak in exposition, Altered Carbon’s first season is surprisingly gripping, especially in its superior back half.” On the other hand, viewers completely loved the show to the point that it became a talking point on several social media forums.

On July 27, 2018, Netflix, recognizing audience’s interest, renewed the show for Season 2, which is expected to air sometime in 2019. Here’s everything we know about ‘Altered Carbon’ Season 2.

Altered Carbon Cast: Who’s in it?

The protagonist of the show, Takeshi Kovacs/Elias Ryker was played by Joel Kinnaman in Season 1. However, in Season 2, Anthony Mackie of ‘The Avengers’ franchise will take up the role. Considering the fact that the show allows human consciousnesses to inhabit different bodies, changing cast members is a relatively simple task that only requires plot tweaks.

As far as recurring roles are concerned, Renee Elise Goldsberry is expected to reprise her role as Kovacs’ love interest Quellcrist Falconer, and it has been confirmed that Chris Conner will return as the AI character, Poe.

Altered Carbon Plot: What is it about?

Most of the events in ‘Altered Carbon’ take place in the year 2384. Set in a fictional futuristic San Francisco, called Bay City, ‘Altered Carbon’ focuses on an era in which a human’s memories and consciousness are portable, and can be transferred from one human or synthetic body to another.

In the future portrayed in the show, a person’s memories and consciousness can be stored on a disk-shaped device called a “cortical stack”. Cortical stacks, in turn, can be implanted in any organic or synthetic body to give it life, so long as it is planted in vertebrae at the back of the neck. While this ability theoretically ensures perpetual life for everyone, it is different in reality – only those who are at the top of the socio-economic order, called “Meths”, can afford to do so, thereby giving immortality a really classist angle. Understandably, the show also has political undertones.

It is in this setting that the story of ‘Altered Carbon’ unfolds. The show follows the adventures and misadventures of a mercenary, Takeshi Kovacs, who is the sole surviving soldier of a rebel outfit called the Envoys. While the Envoys get obliterated 250 years before the events in ‘Altered Carbon’, Kovacs is brought back to life by a 300-year-old Meth called Laurens Bancroft, who is one of the most wealthiest people in human civilization. After bringing Kovacs back to life, Bancroft entrusts the mercenary with solving his own murder, and offers him a new life in return.

While details are sparse about Season 2, there’s a strong possibility that it might be based on the first novel’s sequel, Broken Angels, which was published in 2003. However, there’s no concrete news on what the plot of Season 2 might consist of.

In terms of reception, Season 1 of the show did not make any lasting impression on television critics, who gave it a mediocre score of 66% on Rotten Tomatoes – the critics consensus reads, “Altered Carbon leans hard into its cyberpunk roots, serving up an ambitiously pulpy viewing experience that often overwhelms, but never bores.”

However, not everyone agreed with critics on this occasion, and Erik Kain of Forbes wrote a piece titled “The Critics Must Be Crazy” in defence of ‘Altered Carbon’, saying, “I’m truly baffled. I’ve yet to pen my full review of the season, but I can say without hesitation that it’s a terrific show. Everything from the gorgeous production values to the excellent cast to the mystery-filled story and action-packed ultra-violence is amazing. Altered Carbon’s cyberpunk world is very reminiscent of Blade Runner in all its neon urban glory. And that’s fitting because, like Blade Runner, this is film noir.” Unsurprisingly, the show managed to capture the imagination of audiences, and it enjoys an overall rating of 8.2/10 on IMDb, after over 98,400 votes.

Altered Carbon Season 2 Release Date: When will it premiere?