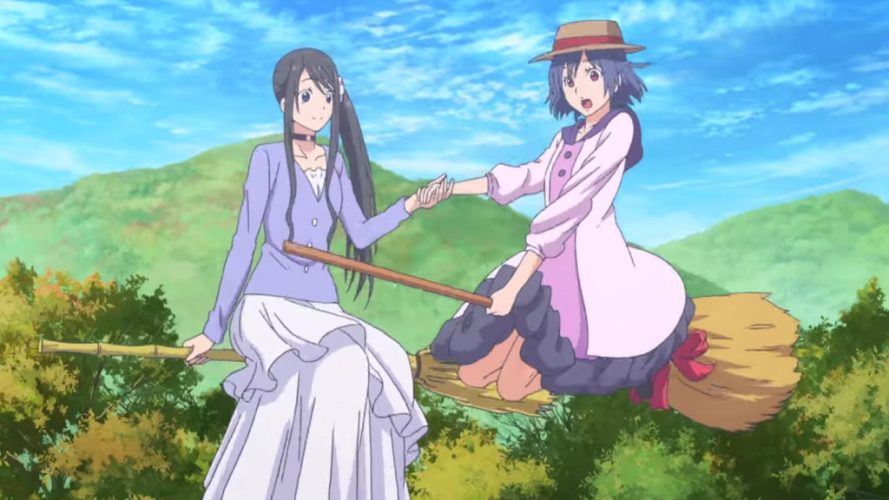 Amanchu! (literally meaning “Heavenly People” in Okinawan) is a Japanese slice of life anime television series which is based on a manga series of the same name. Written and illustrated by Kozue Amano, the manga series began serialization in a manga magazine called Monthly Comic Blade on November 29, 2008 and new chapters are being published even to this day. Years later, famed Japanese anime studio J.C.Staff announced plans to adapt the manga series into an anime television series and Season 1 of Amanchu! premiered on July 8, 2016.

It was largely deemed to be a success by fans of the manga series and new viewers alike, and a bit less than a year later, an original video animation (OVA) special episode, Amanchu!: Yakusoku no Natsu to Atarashii Omoide no Koto, was released on March 29, 2017. Subsequently, much to the delight of fans, J.C.Staff announced that a second season was in the works, and Season 2 then made its way to viewers’ screens on April 7, 2018. Since then, fans have been waiting to hear news on a third season and here’s everything we know about the prospects of Season 3 thus far.

Amanchu! Season 3 Release Date: When will it premiere?

Amanchu! season 2, titled Amanchu! Advance, released on April 7, 2018 and it ran till June 23 of the same year. As far as the next season is concerned, there has not been any announcements made so far.

That being said, there’s no reason to get worried about the show’s future just yet. There’s plenty of time left for J.C.Staff to announce the third season. Further, since new chapters of the manga series are still being published, there’s no dearth of source material for a third season. Considering this fact, and the fact that the show has the backing of reputed studios like J.C.Staff, we think Amanchu! has a good chance of being renewed for a third season. If things go as per our estimates, fans will be able to see Amanchu season 3 release sometime in 2021. However, in the anime industry, nothing can be said for certain and we are still waiting for an official confirmation from J.C.Staff. We’re keeping our ears open for news on Season 3 of Amanchu! and we’ll update this section as soon as we hear something reliable.

You can watch ‘Amanchu’ on Crunchyroll with its original Japanese audio and English subtitles.

The show revolves around a high school student named Futaba Ooki, who is forced to change her lifestyle after she moves to a small town.

Originally from a big city, Futaba, like most people these days, spent much of her time on her phone. However, when she moves to a small seaside town, she is captivated by the vastness of the sea and the limitless possibilities it offers. Understandably, Futaba finds herself spending a lot of her time by the sea, and her quiet admiration of the sea catches the attention of another youngster – local diving enthusiast Hikari Kohinata.

When Futaba finally starts attending school in the town, she finds Hikari to be in the same class as her and Hikari, for her part, gets drawn to Futaba’s quiet and shy demeanor, and affectionately names her Teko. This marks the beginning of a heartwarming friendship between the two, which grows by the day. Soon Futaba finds herself drawn to Hikari’s energy and passion for diving, and before long the duo joins the school’s diving club led by their homeroom teacher Mato Katori. As the show progresses, Futaba learns the ropes of diving and works to earn her certification while making new friends and exploring new possibilities in the small town.

Amanchu! does not have too many characters but quite a few of its limited list of characters are important to its plot. Below, we’ve provided you with brief backgrounds on each of the important characters in the show.

Futaba Ooki: One of the two main protagonists of the show, Futaba is a girl who moves from a big city to the seaside town the show is set in. Being a typical big city girl, Futaba is shown to spend much of her time on her phone, but this all changes when she becomes captivated by the beauty and the vast expanse of the sea. She soon befriends another girl called Hikari and joins her school’s diving club on an impulse, in spite of not knowing how to swim. Over the course of the show, however, Futaba not only learns how to swim but also learns the ropes of scuba diving and starts working to earn her diving certificate. As far as Futaba’s personality is concerned, she is a quiet and shy girl who lacks self-confidence and becomes easily upset by even the smallest of failures.

Hikari Kohinata: The second main protagonist of the show, Hikari is an energetic girl who has a love for scuba diving. When she sees Futaba staring out into the sea, she feels drawn to her and later befriends her in school. Hikari also has a positive attitude towards life and is the kind of person who is always dragging her friends to new activities and making them discover things. She is also very insightful and perceptive and can easily sense what other people are feeling.

Ai Ninomiya: An upperclassman in the school’s diving club, Ai is a hot blooded girl who serves as the comic relief in the series.