When Will Amanda To The Rescue Season 2 Premiere? 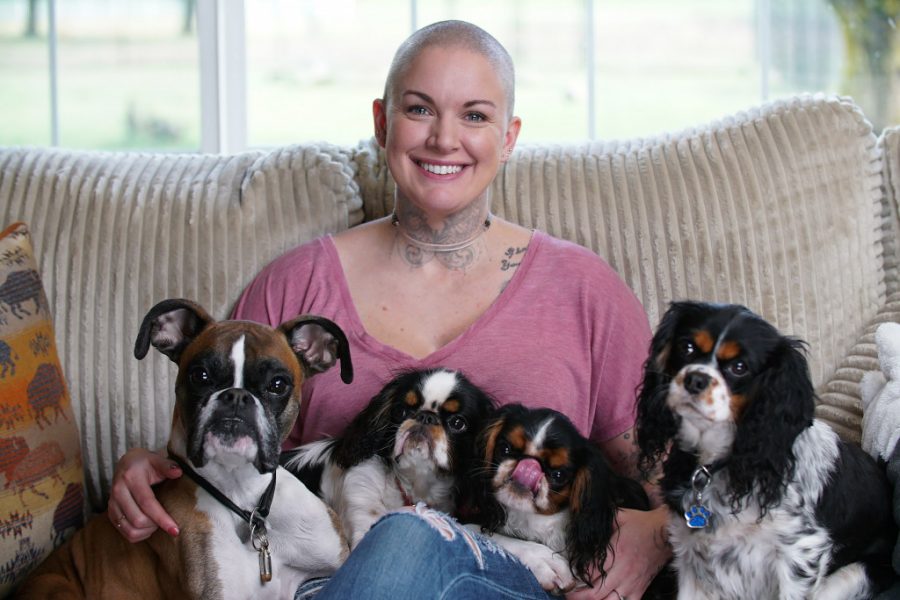 Amanda to the Rescue is a reality-tv/ documentary series that has been running since 2018 on Animal Planet. It follows the everyday life of Amanda Giese and her family as they try to rescue and rehabilitate stray animals, especially canines, who are in a fragile state and need medical attention.

The first season of the show was well-liked by animal lovers. Here’s everything we know about Amanda To The Rescue season 2.

Amanda to the Rescue Cast: Who is in it?

Amanda to the Rescue follows the life of Amanda Giese and her family. She is the founder of Panda Paws Rescue, an organisation that works towards rehabilitation of animals that are mentally abused or physically disabled and need attention. The show also features her husband, Gary Walters and her two kids, 14-year-old daughter Jade Giese and 16-year-old son Beast Giese. The two kids have grown up with animals around them and now find it very normal.

Amanda to the Rescue Plot: What is it about?

Amanda started rescuing animals from a very young age. The first animal she rescued was a kitten named John Doe. She had a troubled childhood and saw her parents getting divorced at a very young age. This probably was the reason she found empathy and compassion in animals and could connect with them.

Amanda to the Rescue follows her everyday life as she and her family engage in rescuing an animal, usually, a canine that is either disabled, mentally tortured, sick or in a fragile state. Amanda does not believe in mercy killing and rather tries to nurse animals back to health. Her husband, Gary Walters is also featured in the show and helps her with the rescue. Her daughter Jade and son Beast also are a part of it. They have grown up with animals in their houses and find it extremely normal.

Amanda is a qualified veterinarian who finished her medical school and later dedicated her time in rescuing animals. She has also previously worked at a 24-hour emergency clinic in Vancouver, Washington. She decided eventually to quit and answer her calling, where she can truly make an impact at the grassroots level. Her daughter, Jade, wants to follow her mother’s footsteps and pursue an ambition of becoming a veterinarian and eventually work as an animal rescuer.

Amanda believes that children should be encouraged to volunteer at pet shelters. She believes that this can teach them empathy, compassion and help them understand the true value of life and love. Amanda believes that she prefers focusing on the potential in an affected animal rather than looking at its problems. She then works towards providing it with a quality life may that be through complete rehabilitation or necessary medical care to better its circumstances. For cases where the problem is too severe, she tries to give as much attention and care as possible. She also works towards providing the affected animals with a beautiful home once they are healed.

It is estimated that in the last few years, Amanda has helped in rescuing more than 4000 animals which include house pets, strays, possums, ferrets, snakes, and birds. She is thus regarded as one of the most influential names in the animal care and rescue community. With 40,000 plus Instagram followers, she has become a symbol and voice for the community.

Her partner Gary believes that what she is doing is wonderful, but her true purpose is for others to imitate her and contribute and help animals at their personal level. Amanda believes that we have tremendous potential to do our bit and live less selfishly because we are all sharing this planet and that every life deserves care and protection.

Amanda to the Rescue is one of the most real shows out there. You get to see an animal rescued, cared for and happy at the end of each episode. It spreads awareness and compassion and encourages us to be more aware and act. Watching the show is an uplifting experience filled with emotions. Amanda believes in two mantras: ‘Kindness is cool’ and ‘Don’t judge a book by its cover’ and lives every day with it. She hopes to one day become a pediatric surgeon. It is truly wonderful to follow her principles and actions. Watching the show takes you on a ride of emotions where you feel the pain and suffering and understand it. You then see Amanda and her family working through it. Finally, the feeling you get to see an animal in a safe and loving place is overwhelming. Amanda is a superhero who has managed to become an example of a relatively selfish world we live in.

Amanda To The Rescue Season 2 Release Date: When will it premiere?

Amanda To The Rescue season 2 is all set to premiere on October 5, 2019. Nature loving, animal enthusiasts, be sure to mark your calendars!

Amanda To The Rescue Trailer

Check out this trailer of the show that will warm your hearts.