Will There Be More Of ‘Amazing Stories’? 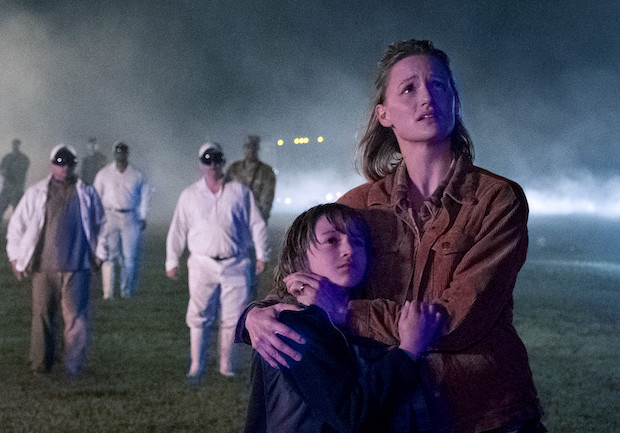 We all know about Steven Spielberg‘s brilliant anthology tv series, ‘Amazing Stories’, which was nominated for 12 Emmys while winning five. It aired on NBC from 1985 to 1987. Well, Apple TV+’s eponymous show is a revival of the same title that narrates a bunch of equally mesmerizing tales, composed by some of the most talented filmmakers, directors, and writers.

The showrunners for the anthology series are Eddy Kitsis and Adam Horowitz. Episode directors include Chris Long, Mark Mylod, Michael Dinner, Susanna Fogel, and Sylvain White. Season 1 of the show was well-received. Here’s everything we know about Amazing Stories season 2.

Amazing Stories Season 2 Release Date: When Will It Premiere?

‘Amazing Stories’ season 1 premiered on March 6, 2020, on Apple TV Plus. The first iteration of the series comprised of five episodes. It completed its run on April 3, 2020.

Apple has not officially announced yet if there will be a second outing from the series. But considering that its original source material had gained so many positive reviews, we hope the rebooted version to have a prolonged future. Moreover, the makers had definitely not planned it as a one-off since it was conceptualized as an ambitious project.

Hence, we are positive that it will be recommissioned for another season at least. If renewed, we can expect Amazing Stories season 2 to premiere sometime in March 2021.

Amazing Stories Season 2 Cast: Who Can Be In It?

Season 1 of ‘Amazing Stories’ is comprised of five episodes. Each episode tells a self-contained story and therefore, the cast does not stay the same in any of the individual tales. Below is a short breakdown of the lead cast of some of the episodes.

One episode called ‘The Rift’ stars Austen Stowell, Kerry Bishé, and Edward Burns while another episode titled ‘Signs of Life’ stars Jacob Latimore and Sasha Lane. ‘The Heat’ features E’myri Crutchfield, Hailey Kilgore, and Shane Paul McGhie in its lead roles while ‘The Cellar’ has Dylan O’Brien and Victoria Pedretti starring as its major characters.

Other actors who also appear in the show are Robert Forster and Josh Holloway. Season 2 will embrace the same format and feature another bunch of equally talented actors, portraying a host of different roles.

Amazing Stories Season 2 Plot: What Can It Be About?

‘Amazing Stories’ was announced way back in 2015 when NBC confirmed that it was developing a reboot of the 1985 anthology television series with the same name. However, in 2017, Apple Inc. took over the production and gave the series an order for a first season consisting of five episodes. After this confirmation, filming commenced in 2018.

‘Amazing Stories’, as per Apple’s official description, is introduced as follows: “A reimagining of the original anthology series by Steven Spielberg, each episode of ‘Amazing Stories’ will transport the audience to worlds of wonder through the lens of today’s most imaginative filmmakers, directors, and writers.”

Delving deep into the world of fantasy, science fiction, and the supernatural, ‘Amazing Stories’ narrates some unique, gripping tales. There’s a grandpa who realizes he has superpowers while another episode has elements of time travel. Alien mentions are also apparent, with UFOs appearing as swirling purple portals in the sky. Additional episodes deal with World War Two and humanoid electrical entities.

The tales are designed to give you plenty of jump scares while also making you emotional with sentimental love stories, bittersweet endings, and strong doses of morality. After all, we would not expect anything less from a series whose base is built on one of the greatest cult hits from the 1980s!

Matt Cherniss, Apple’s head of development, expressed his enthusiasm about the series, saying: “Amazing Stories is a beloved show that has captured our imaginations, and we couldn’t be more excited to share its next thrilling iteration with a global audience of all ages on Apple TV+.”

Season 2, when renewed, will continue to embrace the same trope while featuring a collection of equally amazing standalone stories in each of its episodes.

You can watch the official trailer for ‘Amazing Stories’ season 1 below: