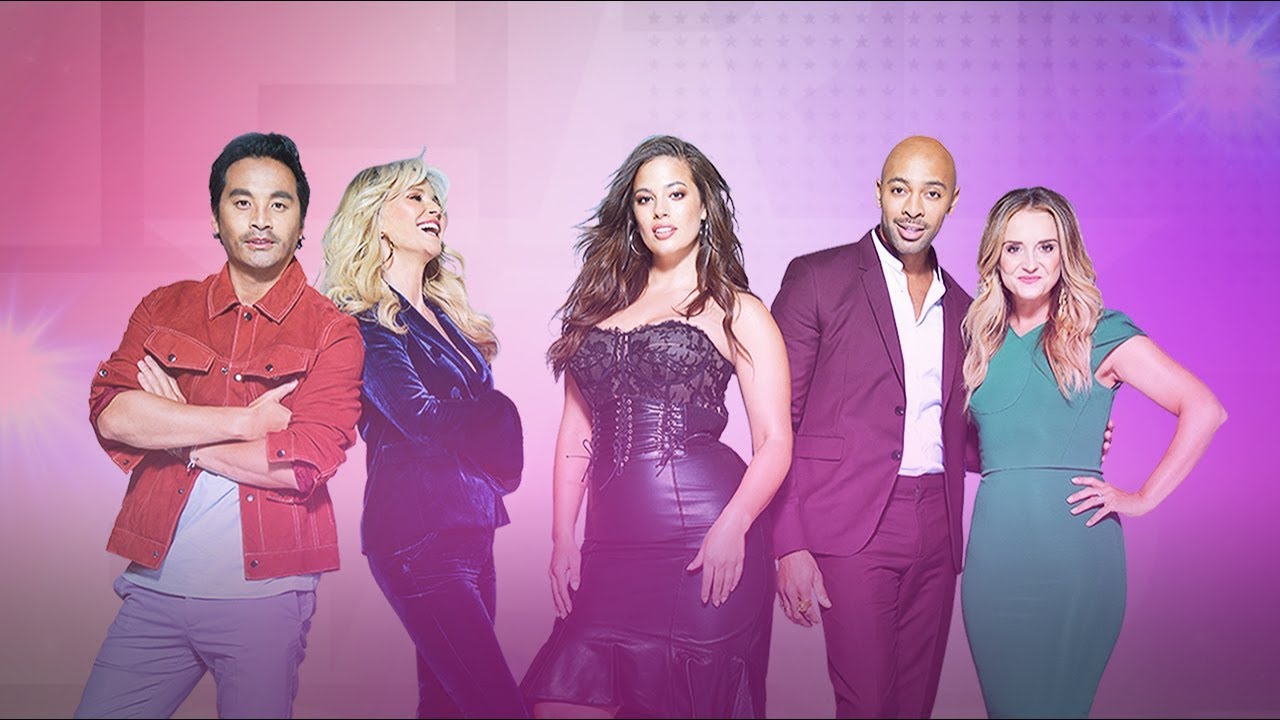 American Beauty Star is an American reality television series that airs on the Lifetime channel. The show first premiered on September 21, 2017. It revolves around fourteen glamorous contestants belonging to varying domains of the fashion industry who compete with each other to earn the title of the American Beauty Star and a cash prize along with a host of other exciting perks.

The cast of the show consists of the host, the judges, and fourteen contestants. Internationally well-known superstar model Ashley Graham is the new host of the show. She is an American model, designer, activist of the body-positive image who has been featured on the covers of Harper’s Bazaar, Vogue, Glamour, Elle, and the likes. She takes the audience through the entire season of American Beauty Star as she nails her hosting responsibilities.

The famous celebrity makeup artist, Sir John returns in his role as a mentor. His clients include Beyoncé, Chrissy Teigen, Kim Kardashian, and the likes. He provides his expertise to the show, guiding contestants and advising them on ways to improve their looks before they can face the judges.

American Beauty Star Plot: What is it about?

This show, like any other reality show, has multiple contestants who compete with each other for a huge cash prize and fame. The second season of the show has fourteen contestants who belong to different facets of the fashion world. They participate in challenging tasks to give birth to the latest of glamorous fashion trends, create entirely new red carpet looks as well as design the cover of a high-end editorial. They are solely responsible for their imaginative prowess, efforts, styling hair and makeup and everything in between. Each judge then decides the fate of these contestants evaluating their skills based on their individual perspectives. Like most other competition shows, American Beauty Star also follows the concept of elimination and the contestants who remain safe till the end reach the dramatic live Finale. The winner of the final round wins a cash prize of over $100,000, and a $50,000 worth contract as a Consulting Beauty Artist with one of the most reputed fashion brands, Revlon which is also the sponsor of the show. Further, they win an editorial spread in Cosmopolitan magazine, an exciting all-expenses-paid trip to New York City to see the hit Broadway musical, “Waitress,” an additional $10,000 worth of JTV sparkling jewellery and most importantly, the massive opportunity to design their own signature collection of Zenni Eyewear.

While talking about the show in an interview, Sir John spoke about what the audience and fans of the show can look forward to on the show, ”I think we can look forward to evening more talent, really great personalities, a couple of really funny characters, and also people who are emotionally invested in winning, emotionally invested in their craft, and emotionally invested in being a better person.” He said. He also shared his favourite thing about being a mentor by saying, ”Seeing all the young, talented people who are really hungry, who really want to succeed. You know, in those few weeks that I am with them, the growth shows on the camera week after week. I love to see them grow.”

American Beauty Star Season 3: When will it premiere?

American Beauty Star season 1 premiered on September 21, 2017, and ran for ten episodes. The second season of the show premiered on January 2, 2019, and consists of 13 episodes. There have been no official announcements for the third season of the show as of yet, but we should hear about the renewal status by the end of 2019. Our best guess is that American Beauty Star season 3 can release sometime in January 2020. We will update this section as soon as we hear more.