When Will American Chopper Season 13 Release? 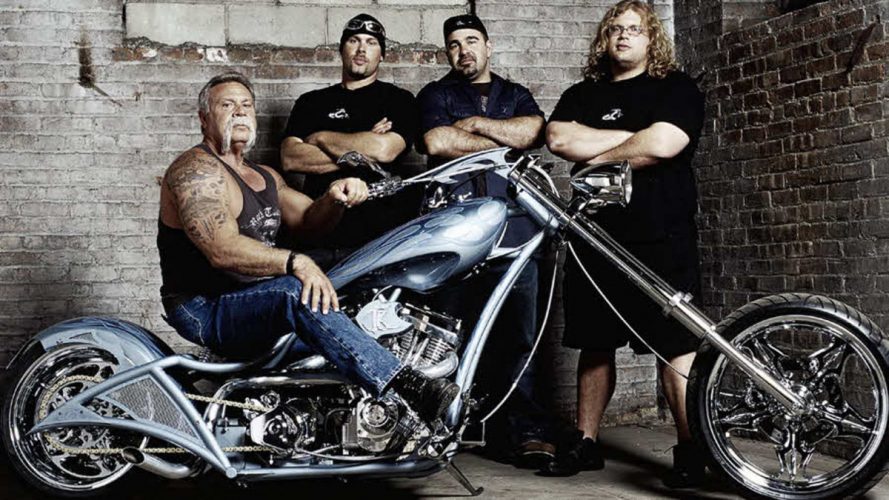 ‘American Chopper’ is an American reality television series that airs on the Discovery Channel. The show premiered for the first time on March 31, 2003, and has since continued to engage and excite viewers for fifteen long years. It revolves around a father and son duo, who run a business of manufacturing and designing custom chopper-style motorcycles, by the name of Orange County Choppers — located in Newburgh, New York. The series has won ASTRA Awards for Favourite International Personality or Actor and ASTRA Awards for Favourite Program – International. Well, after a remarkable 12-season run, it is returning again with its 13th edition. Read on to know more about the next outing.

The show has been running for a long time now and has garnered a solid fan following. Moreover, for fans of choppers, this series is a go-to destination as it is packed with cool customizations, and people who actually know their way around the machines. In light of its popularity, it was always a guarantee that Discovery would order a Season 13. And as expected, ‘American Chopper’ season 13 will premiere on June 9, 2020, at 9 pm ET.

The cast of ‘American Chopper’ stars Paul Teutul Sr., Paul Teutul Jr., Rick Petko, Nick Hansford, Christian Welter, who are mechanics and fabricators of OCC, and former employees Vincent DiMartino (who left OCC to start his own company, V-Force Customs in 2007), and Cody Connelly (a former intern who went on to join DiMartino’s business after completing his internship). All of them together design and create hundreds of motorbikes and also customize them. The comic angle is brought to the show by Michael Teutul, who is popularly known as “Mikey”. He is also the caretaker of the shop and also the webmaster.

Since the arguments between Senior and Junior has been the fodder for the show for so many years, the upcoming season will again see these two return as they try to run competing businesses about whose customized chopper is fit to rule the roads.

What Can American Chopper Season 13 be About?

‘American Chopper’ is centered around Michael Teutul and the father-son duo of Paul Teutul Sr. and Paul Teutul Jr of Orange County Choppers. Together, they build and customize motorcycles in New York. They make the most stylish and innovative bikes not only for people who love such bikes but for celebrities as well. The father-son duo spends some considerable amount of time and effort in building the fastest, and best bikes together.

The show depicts some amazing work which has got the viewers hooked. Although a team, they are both very passionate about their work and have their fixed approaches as to how a bike should best be customized. This often leads to arguments over creative differences and since both of them are impassioned about their jobs, the arguments get pretty heated.

In the seasons that follow, these arguments gain the spotlight. Senior is irritated by the ways and words of his son and decides to confront him. He even loses out on a major deal because of the recklessness of his son. Over the seasons, the duo along with their crew are forced to push boundaries and create some new age bikes. They celebrate success together and even face failures. But frequent arguments take a toll and lead to the breaking of the pair, and sees Junior start his own rival business.

However, after its reboot, the show has tried to make the father and son come back and work together since they did some of their best work as a team in the earlier seasons. Thus, we see Junior and Senior team up, but it is only a matter of time before passion gets the best of both men and we are back to witnessing the arguments that have become almost, if not more, fascinating than the bikes they customize.

In the upcoming season, there will be more bikes, more customizations, and definitely more fallouts, which makes the show as entertaining as it is, as these experts try and customize the choppers to the best of their abilities.