When Does American Dad! S017 Come Out? 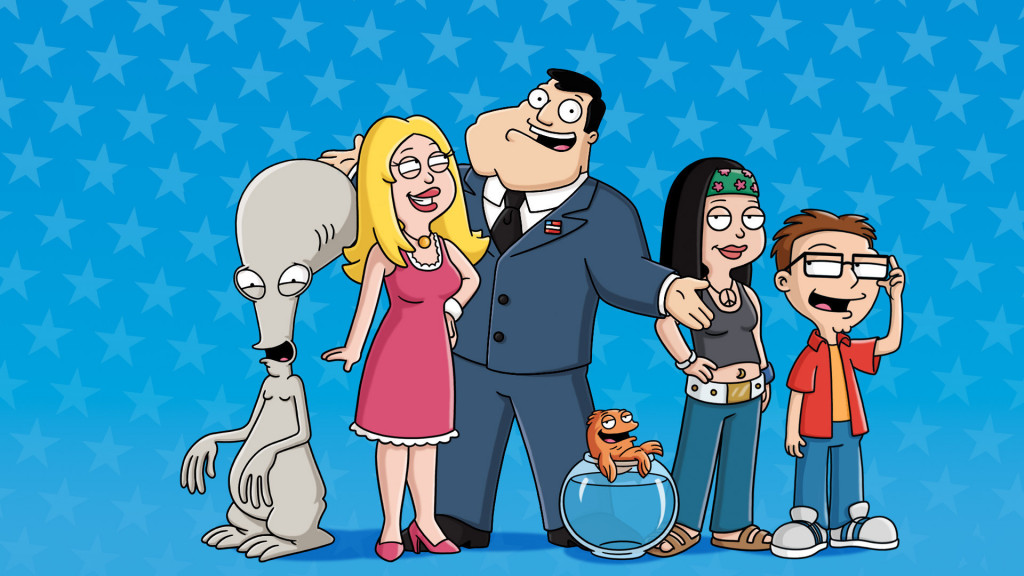 ‘American Dad!’ is an animated American sitcom that originally aired on Fox and currently airs on the TBS network. Created by ‘Family Guy’ creator Seth MacFarlane, along with Mike Barker and Matt Weitzman, the show is a mixture of an observational comedy and a farce and chronicles the lives of an old-fashioned, gung-ho CIA agent and his suburban family. Interestingly, despite MacFarlane being one of the creators, the creative direction of the show has largely been guided by Barker (prior to his exit in Season 10) and Weitzman, resulting in the show having a distinctly different tone compared to other MacFarlane shows.

A pretty old show, Season 1 of ‘American Dad!’ first made its way to viewers’ screens on February 6, 2005, but it was not received well. Since then, the show has seen a whopping 16 seasons of various lengths air, which grew in depth and quality as the years passed. Now, fans are wondering when ‘American Dad!’ season 17 will premiere. Read on to know.

American Dad! Season 17 Release Date: When Will It Premiere?

As far as the next season goes, the good news is that TBS renewed the show for its seventeenth season even before the 16th premiered. Recently, the channel confirmed its release date. ‘American Dad!’ season 17 is slated to premiere on April 13, 2020, at 10 pm ET. It will consist of 16 episodes.

American Dad! Season 17 Cast: Who Can Be In It?

‘American Dad!’ focuses on one particular suburban family, the Smiths. Hence, it has a relatively limited list of main cast members which comprises voice actors.

Apart from the aforementioned main cast members, the show has also seen some big names make guest appearances or voice supporting characters over the years. Some of them include Patrick Stewart, Paget Brewster, and Curtis Armstrong.

In season 17, all the main cast members will make a comeback and reprise their roles. Guest appearances for the new season include The Weeknd, Jane Lynch, Patton Oswalt, Ron Perlman, Craig Robinson, Criss Angel, and Bill Nye.

American Dad! Season 17 Plot: What Can It Be About?

Set in the fictional community of Langley Falls, Virginia, the show largely chronicles the lives of the Smiths, with a particular focus on the family’s patriarch, Stan. A CIA agent and a Republican who is always on the alert for terrorist activities, Stan is a gung-ho man steeped in conservative values who will go to any lengths to protect his beloved America from threats. Stan’s wife, Francine, is a stay-at-home mom with a past that involved sex, drugs, and rock ‘n’ roll. Their daughter, Hayley, is the exact opposite of Stan, and is a hippie with liberal values.

Meanwhile, Steve, their teenage son, is a dork who tries acting cool. Apart from these four, and Hayley’s boyfriend/husband Jake Fischer, the Smiths also have two unconventional members. On one hand, there’s Roger, an alien who was rescued from Area 51. Roger is shown to be extremely resentful of the fact that he is not allowed to leave the house, and we mostly see him drinking wine and smoking cigarettes within the Smith family premises. On the other hand, there’s Klaus, a lewd, German-speaking goldfish who is the result of a CIA experiment gone wrong.

When the show, conceived during the post-9/11 panic, first started out, it had rather strong political tones, with Stan reflecting the mindset of the average George W. Bush supporter. While it did manage to be a stinging satire at times, and also had some sharp political commentary, the problematic portrayal of Stan as a champion of xenophobia and toxic masculinity did not sit well with viewers. As a result, ‘American Dad!’ got off to a really rough start, and lost many viewers within its first few episodes.

Yet, as the show progressed, the political aspect of it was toned down in favor of bringing more depth and likability to the characters. For instance, while Stan was still portrayed to have conservative values, the portrayal was not exaggerated enough to the point of distastefulness. Similarly, Roger evolved from sipping wine and delivering one-liners to becoming one of the most diverse characters on the show, boasting the ability to portray multiple personas.

Ironically, it was only when ‘American Dad!’ abandoned its political satire roots that it started showing its full potential. Now, after 16 seasons, it has built a reputation as an interesting and clever show that never fails to make you laugh out loud. In season 17, we expect the series to stick to its existing smart premise as it continues to focus on family and world issues, in its own satirical tone.

You can watch the official promo for season 17 below: