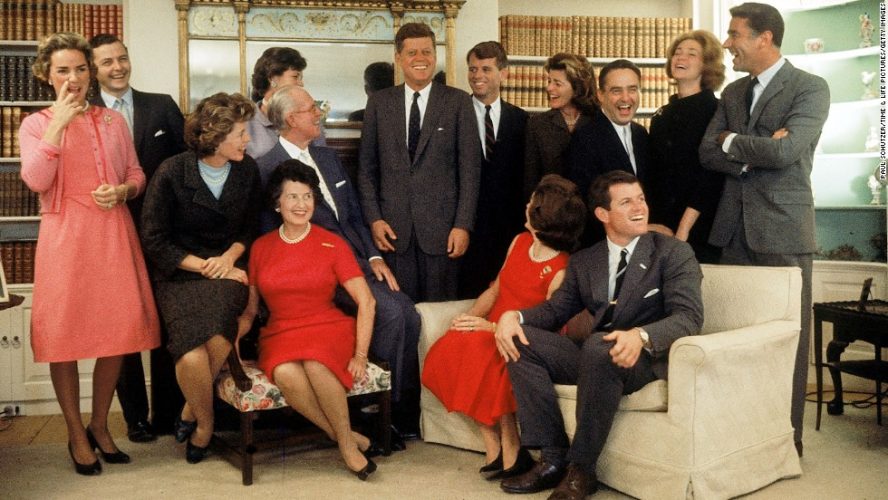 When a historical subject is broached on a network that caters to a more casual audience, it often resorts to what is called ‘popular history’ – something that simplifies the accounts to make them easy to digest. The topics are chosen among the select few topics that are either legendary or those that are so contextually impactful that they are ingrained in recent cultural memory. CNN primarily as a journalistic site is free of this need of oversimplification, and the documentary undertakings that they air are usually more authentic and, to some extent, pedantic. But the assassination of John F. Kennedy has been so well-known and intriguing a topic that it has been widely covered by innumerable documentaries already. CNN’s American Dynasties: The Kennedys, however, is a study that goes above and beyond that single event, and lays out the Kennedy lineage and their political impact as a whole.

American Dynasties: The Kennedys Season 2 Cast: Who’s in it?

American Dynasties: The Kennedy’s has been executively produced, narrated, and even in some regards, written by Martin Sheen. While Martin Sheen has come to be known more recently in connection to Charlie Sheen, who is his son, Martin is himself an actor of immense talent – starring in Coppola’s cult classic ‘Apocalypse Now’ in a major role. Other than his acting career, Martin is both a political activist and a scholar of philosophy and theology. His academic interest also extends to the status of a history buff.

Coupled with his acute interest in American politics, Sheen has contributed to various docu-series on the Kennedy family as the narrator. So for many reasons, Sheen is the heart of the show, and if American Dynasties becomes a serialised CNN original series beyond The Kennedys, it is very likely that we will hear more of Martin Sheen’s voice.

American Dynasties: The Kennedys Season 2 Plot: What is it about?

American Dynasties: The Kennedys explores the who lineage of the influential Kennedy family all the way from Patrick Kennedy to the current generations of Kennedys, including Joseph P. Kennedy III. The show is an unbiased account of all the important historical events entangled with the family, and how these shaped the political landscape for years to come, including an authentic look into the family’s dark secrets. That said, the first season explores most of the relevant elements of the family in a compact, six-episode frame, and not much is left to pick up on for a potential second season. It is therefore hard to predict the contents thereof. A possibility is that the series will move on to the more recent families – such as the Clintons, or take to the past, to Harry S. Truman’s office.

American Dynasties: The Kennedys Season 2 Release Date: When will it premiere?

Although the wealth of information on John F. Kennedy is available from the various biographers who have written on his life at length, and never to forget the swath of documentaries that have been produced on the topic, American Dynasties: The Kennedys stands out even though it is less revealing or innovative in comparison to some of the other documentaries. This emulates the timeline in a very lively way by tracing the Kennedy dynasty with evenly paced details and the emphasis on their impact on today’s politics. For this reason, it has had a very positive reception.

However, The Kennedys was conceived originally as a standalone self-enclosed miniseries, and these do not strictly follow a season-to-season structure. But at any rate, a spinoff about other US presidents might as well turn ‘American Dynasties’ into an umbrella series. In that sense, there may be a season 2. However, no disclosure on the same has yet been made by CNN, so a tentative air date for a second season is still TBD.

Since the renewal status of the show is still pending, no trailer or teaser for American Dynasties: The Kennedys Season 2 has been released yet. Watch the